Valentino Balboni, Lamborghini’s former chief test driver, was recently spotted driving a stunning Lamborghini Gallardo LP570-4 Superleggera. He decided to do a launching start – inside a tunnel, mind you – for the cameras. 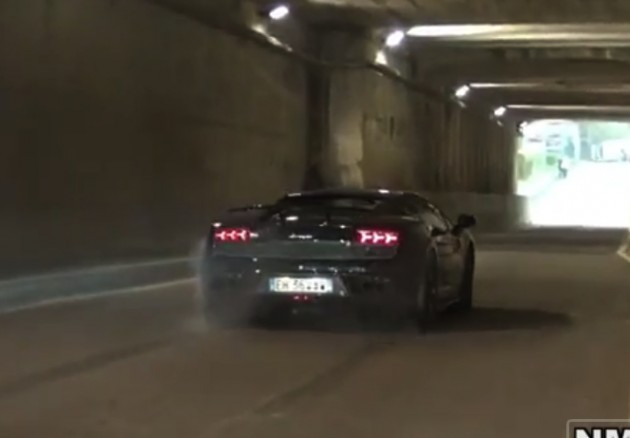 In 2008, Balboni retired from his incredible job after being with Lamborghini for 40 years. Lamborghini produced a special Lamborghini Gallardo LP550-2 Valentino Balboni edition in that year, which came with rear-wheel drive and a special-edition pinstripe down the middle of the car, to commemorate his retirement. It’s understood Balboni still does contract consulting work for Lamborghini.

Valentino Balboni surely had the best job in the world? He was the main man behind the development and handling of every new Lamborghini to come from the factory in Bologna, Italy, before 2008. If anyone knows how to drive a Lambo, this is the guy.

Click play on the videos below for an awesomely loud display of Balboni launching a Lamborghini Gallardo LP570-4 Superleggera. Notice Balboni always has a smile on his face; the result of working for Lamborghini for 40 years we guess.