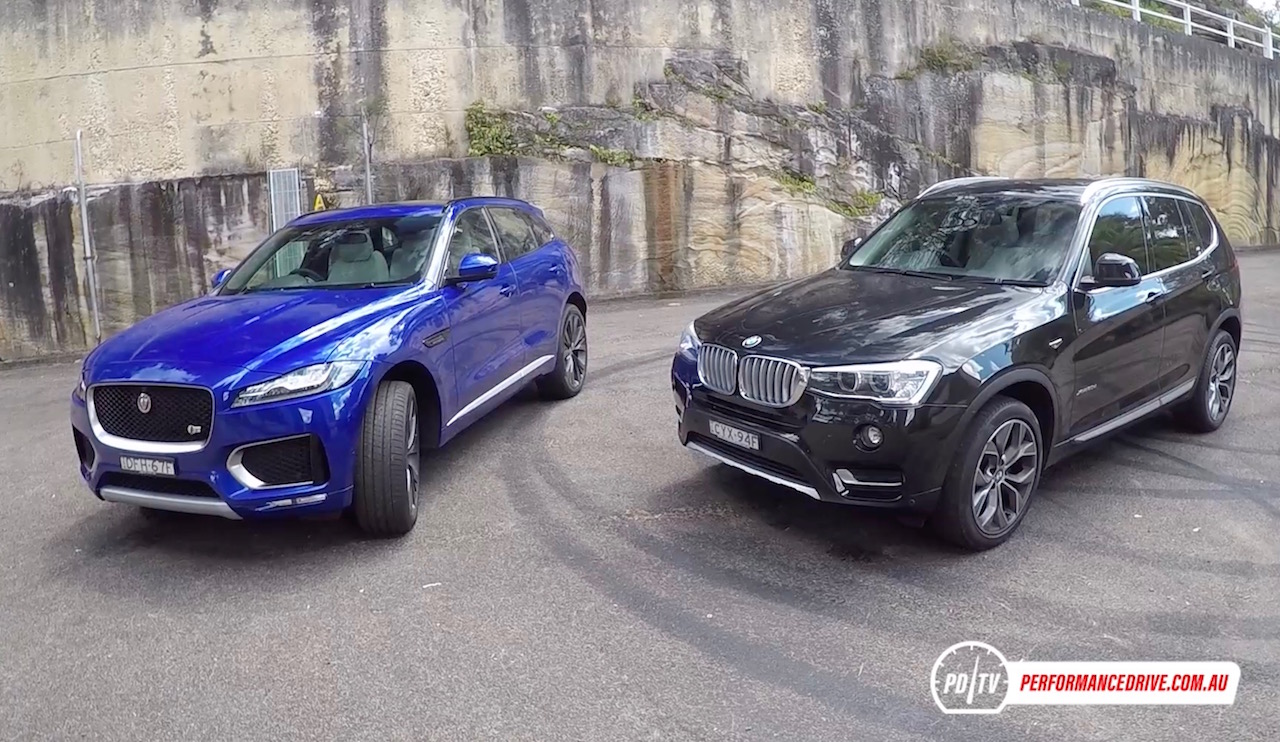 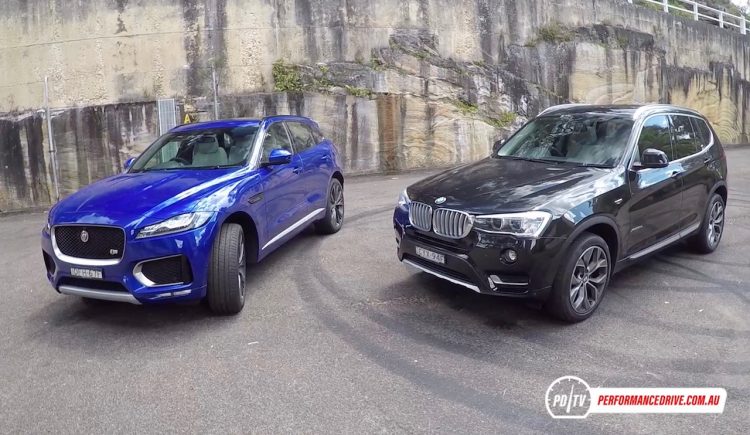 BMW’s X3 arguably pioneered the segment when it was launched back in 2004. A lot of people laughed at it, saying it wasn’t a real 4×4, but since then the SUV market has boomed like no other and SUVs are all the craze in all shapes and sizes.

The current X3 has been on sale now since 2014 in the same form, only picking up some minor tech and feature updates, carrying over the same basic exterior design from the pre-facelifted model which debuted in 2011.

As for the Jag, the F-PACE can only be described as the most visually stunning SUV in the class. It’s beautiful from every angle and just oozes presence and theatre. It also rides on Jaguar Land Rover’s new iQ-Al platform which is made with plenty of aluminium.

Without spoiling the video below or indeed the full written review coming soon, the F-PACE easily overpowers the X3 in 30d form, producing 221kW and a whopping 700Nm from its twin-turbo V6. Meanwhile the X3 xDrive30d has to make do with 190kW and 560Nm from its inline six.

However, the X3 has a nifty trick up its sleeve; gravity. It weighs about 110kg less than the sexy cat. How does this translate in the driving experience? Check out our POV video test below to find out. And be sure to stay tuned for the full review and our verdict on the home page soon.