Ferrari is said to be working on a Ferrari 599 Fernando Alonso edition which could be the last send-off for the V12 model. Ferrari has been spotted testing prototypes of the Ferrari 599 successor, a model that is expected to be unveiled at the 2012 Geneva Motor Show in March. 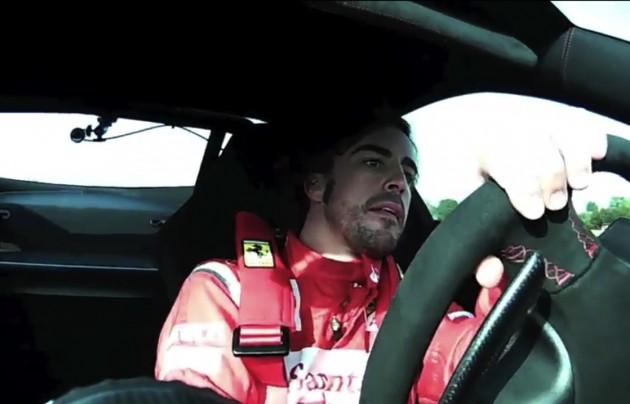 According to various rumours, the Ferrari 599 Fernando Alonso edition is set to be the lightest weight Ferrari 599 yet. Even undercutting Ferrari’s current hottest lightweight version (apart from the 599XX), the Ferrari 599 GTO. The GTO features a 6.0-litre V12 engine producing 493kW of power and 620Nm of torque. It weighs 1605kg.

If the rumours are true, and Ferrari does end up producing such a model, it could be the quickest road-going Ferrari 599 ever produced, offering an improved power-to-weight ratio along with the same engine as seen in the GTO. However, nothing is official just yet.

The rumours came about after Fernando Alonso recently drove a special F10 Tribute Edition Ferrari 599 GTO around the company’s test track in Fiorano as a bit of a demonstration (see video below).

It’s believed just 40 examples of the Ferrari 599 Fernando Alonso edition will be produced, and could be set to go on sale in January.

We’ll certainly keep on top of this one, as naming a car after a two-time F1 Champion is sure to be a good one. Click play on the video below to see Alonso wrestling the F10 Tribute Edition Ferrari 599 around Fiorano.