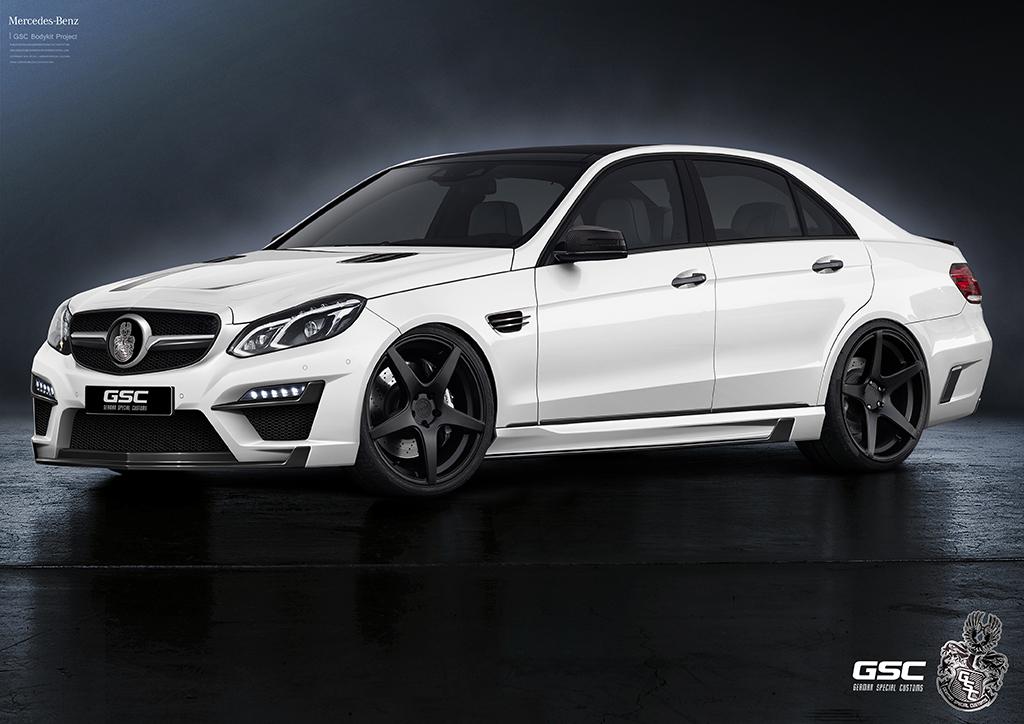 Even though the new E-Class has only just gone on sale, German Special Customs already has plans for an upgrade package. The tuning firm has released preliminary details and images of the kit. 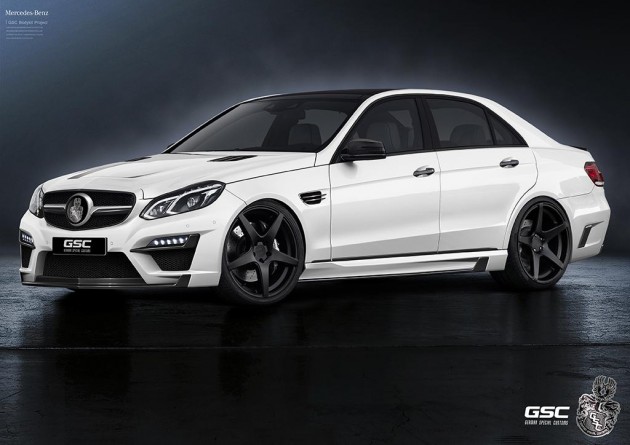 The upgrade package being developed for the E-Class is being focused around enhancing the styling and cosmetic side of things. And as you can see by these preview images, the stately sedan is transformed into a fat, aggressive, and sharp-looking beast.

From the front GSC has given the new-shape E-Class a set of larger intakes in the sides and a carbon fibre chin spoiler to improve airflow and aerodynamics. The bonnet is also replaced by a racing-style unit with its own vents.

The angry theme is carried on down the sides as well, with some custom two-tone side skirts with carbon fibre sections. These match a set of a dished and darkened six-spoke alloy wheels. 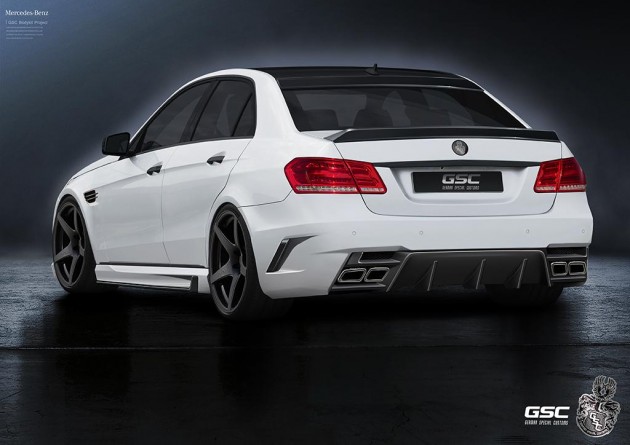 At the back is where the most noticeable changes are made. There’s a chunky new diffuser lower down with huge fins, which is almost impossible to miss, with two neatly placed exhaust tips poking through on both sides. Sitting atop the boot lid is a subtle carbon fibre lip spoiler.

If you ever thought the E-Class was a boring vehicle, as least to look at, this package sure does eradicate any such notion. The company is said to be planning some under-bonnet performance tweaks to go with it, further down the track.

What a mean machine. It would go well on the E 63 AMG?