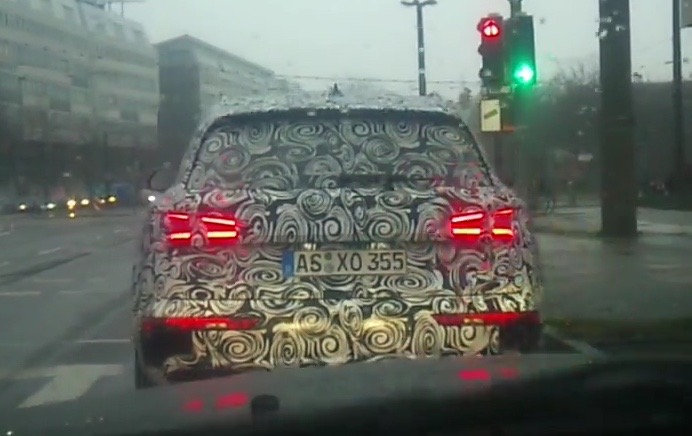 The next-gen 2017 Audi Q5 has been spotted in prototype form, testing on the streets in Germany ahead of its expected debut later this year. 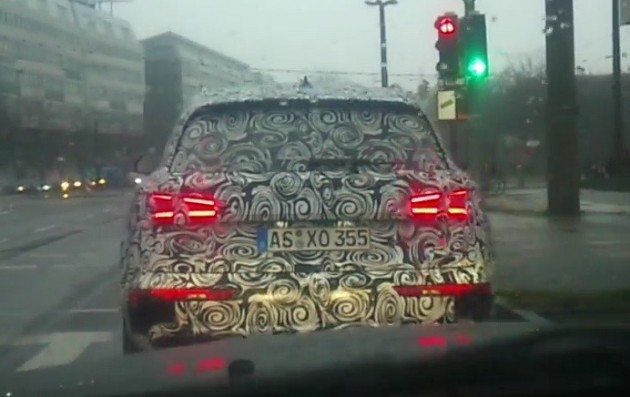 As reported late last year, Audi is planning to launch a few new SUVs in the coming years, including an all-new compact crossover called the Q2 this year and the all-electric ‘Q6’ e-tron in 2018.

For the next-generation Q5, Audi is set to implement Volkswagen Group’s MLB platform which currently underpins the latest Audi A4 and the new Q7 large SUV. The Q5 is expected to have more in common with the A4 though as opposed to the Q7.

With the new platform, which replaces the current layout that has been around since 2008, kerb weight is set to drop by as much as 100kg. This will help with handling and agility, efficiency, and overall performance across the range.

As for this prototype, it still looks quite heavily camouflaged. However, you can easily make out the new LED taillights and the slimmer taillight design, and the slimline headlights that will be offered with matrix LED technology for the first time. The panel contours also seem more defined, with cleaner edges and straighter body lines. The overall design is likely to be inspired by the Q6-previewing quattro concept, as well as the sharp new Q7.

In terms of powertrains, we can probably turn to the latest A4 for some clues, including its range of turbo-petrol and turbo-diesel four-cylinder units, with an all-new twin-turbo V6 expected to top out the range.

A hot ‘RS Q5’ performance variant is said to join the lineup for the first time as well, bringing big power and a suite of enhancements to the SUV. A hybrid variant is also known to be in the works, joining a 2.0-litre four-cylinder with an electric motor system. 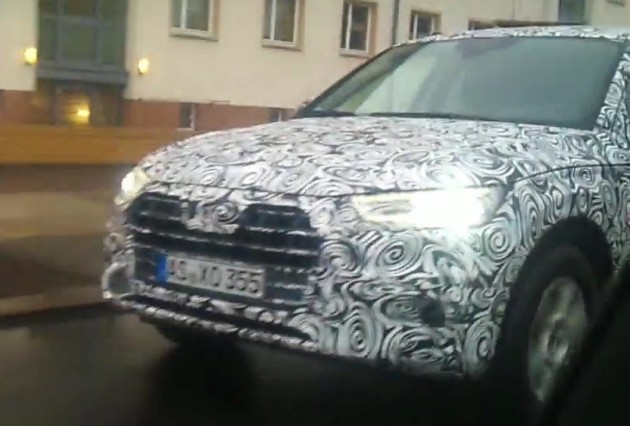 A full unveiling is tipped to take place during the middle of this year, with market entry commencing in some regions by late-2016 and early-2017. Take a look at the video below for a quick preview – you might have to excuse/turn down the music in the video.