Here it is folks, a McLaren MP4-12C vs Ferrari shoot-off. Ever since the McLaren MP4-12C debuted at the Goodwood Festival of Speed last year, the only thing people wanted to know was, is it better than the Ferrari 458? Both feature a 400kW-plus mid-mounted V8 engine, both use a sophisticated dual-clutch gearbox, the main difference is the Mac is four-wheel drive whereas the Fezza is rear-drive. 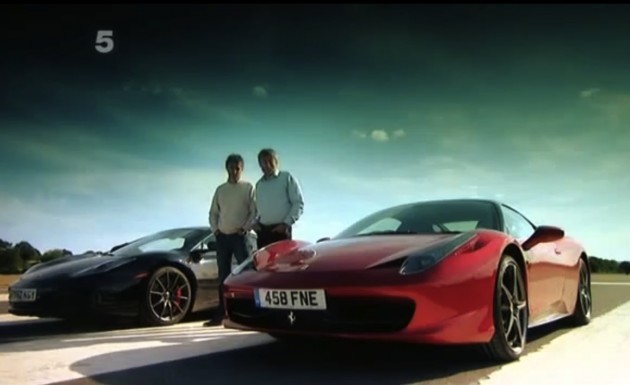 In the first video, Tiff Needell and Jason Plato from Fifth Gear do a conventional comparo road test. Comparing the 441kW/601Nm 3.8-litre twin-turbo V8 of the MP4-12C, to the 420kW/540Nm 4.5-litre naturally-aspirated V8 of the Ferrari. The guys seem to like the Ferrari’s playful handling while praising the McLaren’s sure-footed four-wheel drive system and build quality. Anyway, take a look, we don’t want to spoil final outcome for you.

It’s a pretty awesome race, take a look below. You’ve got to love the sound of that Ferrari.