A rather embarrassing Lamborghini Gallardo crash has been captured on film in the streets of Chicago recently. The Gallardo driver loses control after taking off from a set of traffic lights. 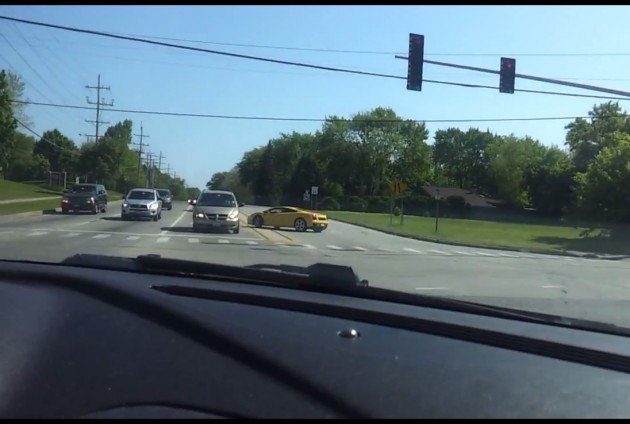 It doesn’t appear that anybody was injured in the incident, except the ego of the Gallardo driver. The people filming in the car behind the Gallardo at the lights seem to have been recording the Gallardo as it’s an Italian supercar that you don’t really see everyday.

Instead of showing off for the camera, the Lamborghini Gallardo driver applies a bit too much throttle around the corner, kicking the tail out. Unfortunately the driver didn’t understand the concept of counter steer until far too late.

Click play on the video below to see the Lamborghini Gallardo crash as it happened. The action starts at around 0:45.