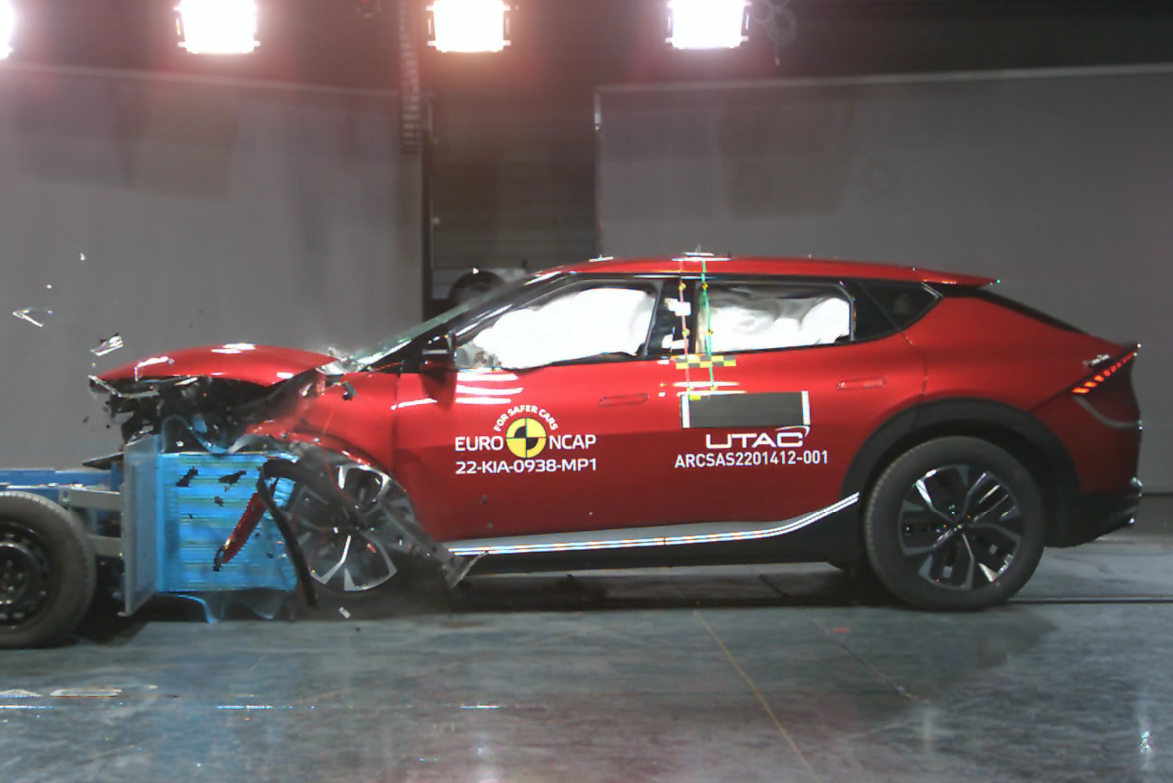 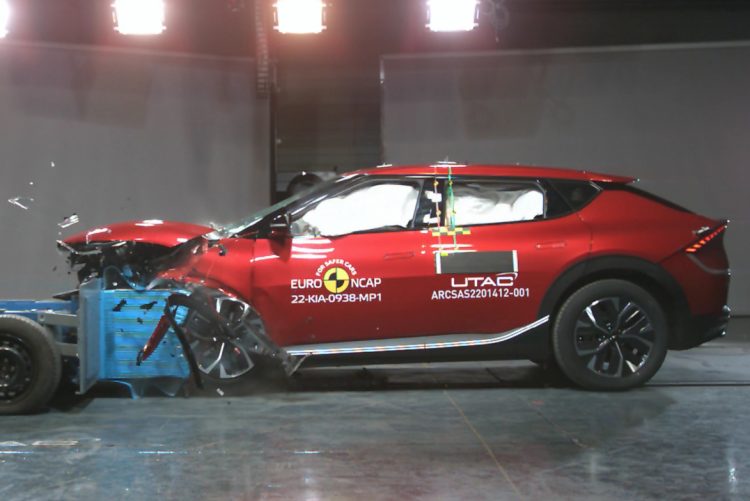 Crash tests were initially conducted by the Euro NCAP division, with ANCAP checking over the results and data with a fine-tooth comb to see if the car also meets our local standards. ANCAP says ‘good’ scores were achieved across all key areas of assessment.

In other areas, the EV6 score a relatively low (by modern standards) 64 per cent for vulnerable road user protection (pedestrian), receiving a score of 35.08 out of 54. The electric vehicle was also given a rating of 88 per cent for its on-board safety assist systems. ANCAP CEO Carla Hoorweg said:

“The Kia EV6 is equipped with the range of collision avoidance systems we’ve come to expect in today’s five star cars, and it performed particularly well for its ability to prevent collisions with cyclists, and oncoming vehicles in avoidance tests simulating intersection turns.”

The five-star rating applies to all variants of the EV6, although we’re not sure if that includes the upcoming high-performance GT model arriving later this year. We’ll provide any updates when it arrives. Check out the video below to see how it performed.