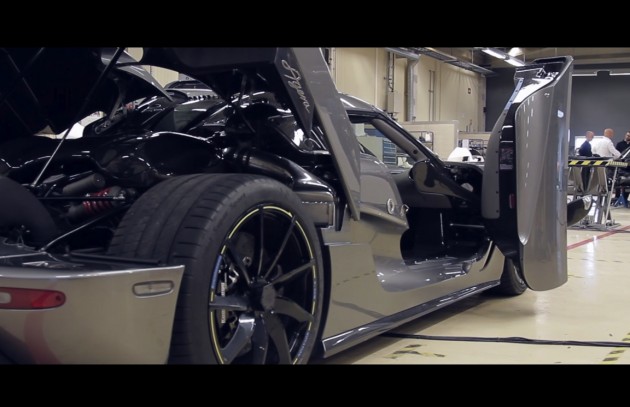 It was produced by Dutch auto publication dough’nut.com who also get a drive in one of the beasts on an empty air strip.

If you look closely, you’ll see the Koenigsegg Agera and Koenigsegg CCXR show their not-so-ugly heads, as well as the man with the famous name, Christian Koenigsegg.

Towards the final part of the video, one of the most expensive sports cars on the market throws itself into tyre shredding donuts. Enjoy.