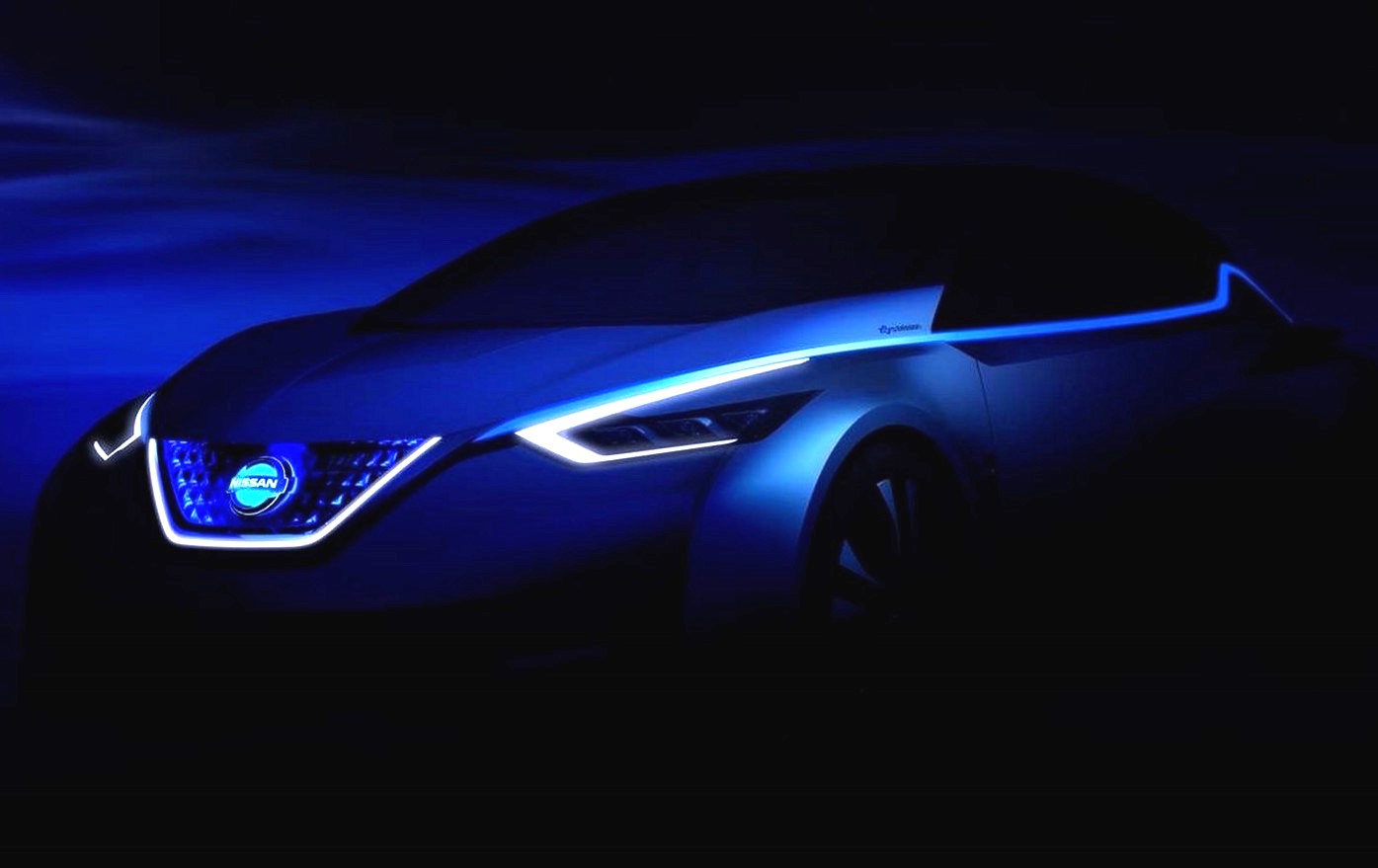 Nissan is planning to unveil a smart new concept car at the 2015 Tokyo Motor Show later this week, rumoured to preview the next-gen fully electric LEAF. 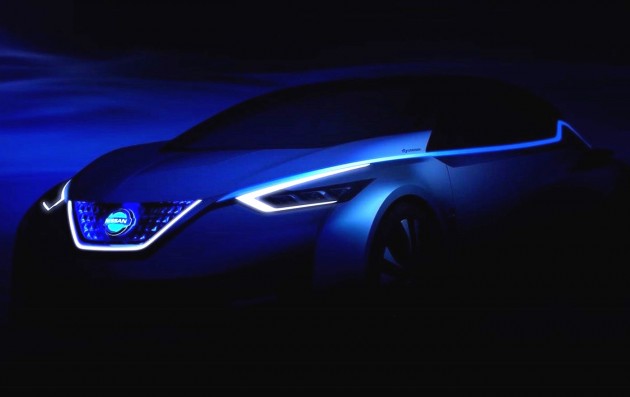 The Japanese company has decided to go for an extremely quiet route in previewing the new concept, only releasing this dark silhouette-like image and some keywords, including, “future vision of car intelligence and electrification”.

As you can probably guess, the concept is likely to feature an advanced powertrain using electric power as the sole theme. There’s also a big chance some autonomous driving technology will be thrown in as well.

According to reports Nissan has been planning a special concept which was expected to preview the next-generation LEAF. This could turn out to be such a concept, and judging by the style and size, it certainly fits the description.

The teaser image shows futuristic LED-skirted headlights, Nissan’s V-motion grille encompassing a unique filling, and a high waistline with a low-profile cabin. Towards the rear there also appears to be an interesting kicked-up window sill line.

Nissan’s next LEAF production car is set to come with a number of advancements in terms of electric powertrain technology, as well as an extended range from the current 250km, to a potential of beyond 400km. Some clues could be provided by this concept. All will be revealed at the big show, starting October 29.