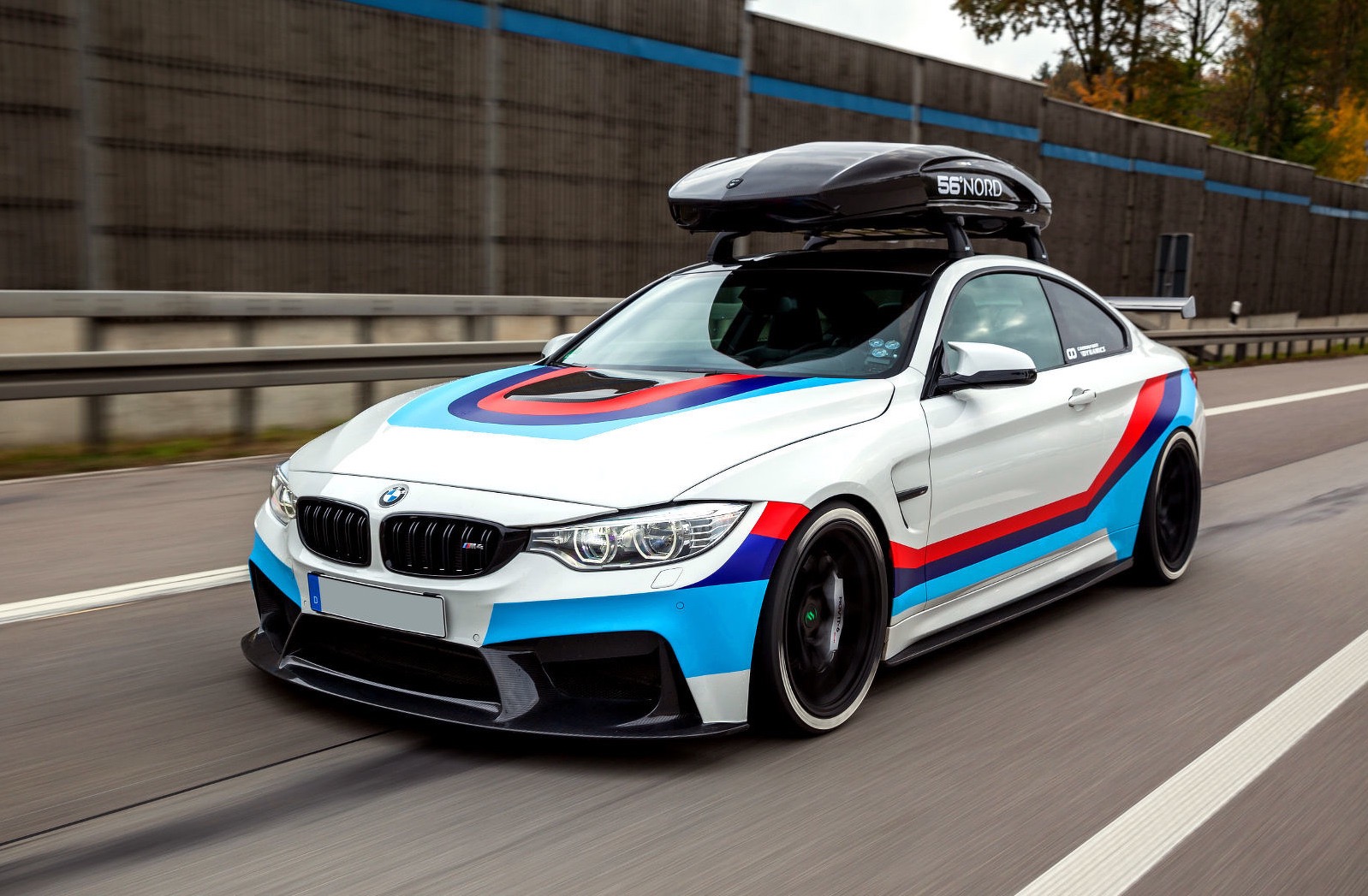 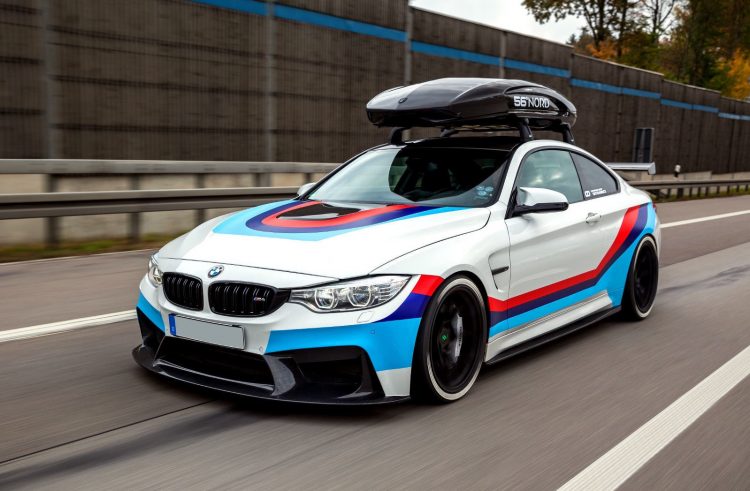 As the name suggests, Carbonfiber Dynamics is a big fan of the lightweight, strongly weaved black stuff that has become a prevalent feature in high-performance cars these days. The brand says the M4R serves as a display of the Dortmund company’s skill in carbon fibre manufacturing.

The carbon kit employed on the M4R includes a new 3DDesign front bumper and rear wing, MTC Design bonnet, side skirts and rear diffuser supplied by Varis, and perhaps most noticeably of all, a large carbon roof box supplied by 56°NORD. The 405L roof box has been tested up to speeds of 300km/h, which is a good thing, because there have been some pretty serious modifications to the M4’s powertrain.

Carbonfiber Dynamics lifted out the stock turbochargers in favour of TTE 6XX turbochargers with 2.3 bar of boost, added Eventuro carbon/Kevlar intakes for the new blowers, and installed an Akrapovic downpipe and exhaust system. 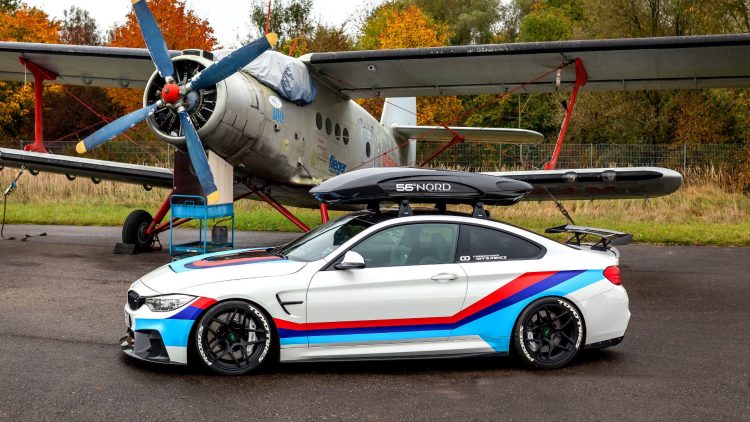 The end result is 521kW/860Nm worth of tyre-shredding glory, and a 5.9-second sprint from 100 to 200km/h, without the roof box. A Dodson Motorsport 14-disc clutch was needed to handle the extra torque.

Stopping power is supplied by Mov’it six-piston 392mm brakes up front, with four-piston 380mm at the rear. The team at Carbonfiber Dynamics has also fiddled with the suspension, adding Bilstein B16 EDC suspension componentry, as well as 19-inch 6sixty forged wheels wrapped in 265/30R front, 305/30R rear semi-slick tyres supplied by Toyo.