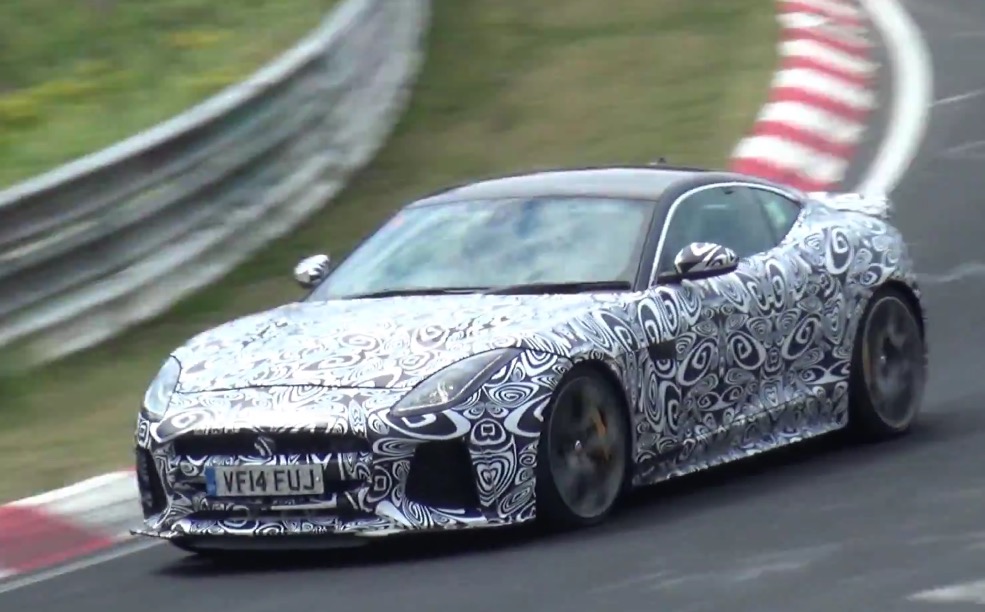 Jaguar has been spotted test driving a race-like performance version of the F-Type, believed to be the work of its SVR bespoke options division. 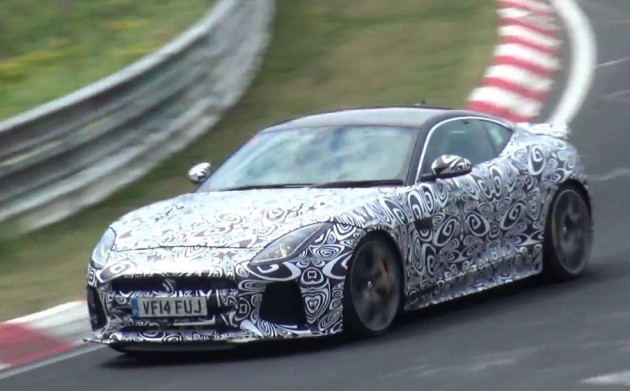 Out on the Nurburgring, the prototype F-Type features a unique bodykit with aggressive aero features never before seen on a production model. There’s a separate wing at the back, a chunkier diffuser setup underneath, and a lower front spoiler system.

Jaguar is yet to confirm if it is the work of SVR, but according to reports the sub-brand is apparently re-working the 5.0-litre supercharged engine so it produces around 450kW (600hp). This would make it the most powerful Jag coupe on the market.

At the moment the highest performance variant of the F-Type is the R Coupe, equipped with a 404kW V8. It’s connected up to a rear-wheel drive system with an eight-speed automatic.

This SVR version may add an all-wheel drive system to that combination, providing mind-blowing acceleration and track performance. There’s speak of 0-100km/h coming up in under 4.0 seconds.

A full debut is expected to take place later in the year or early in 2016. Production is likely to be limited, making it one of Jaguar’s more exclusive offerings. Click play below to take a look.