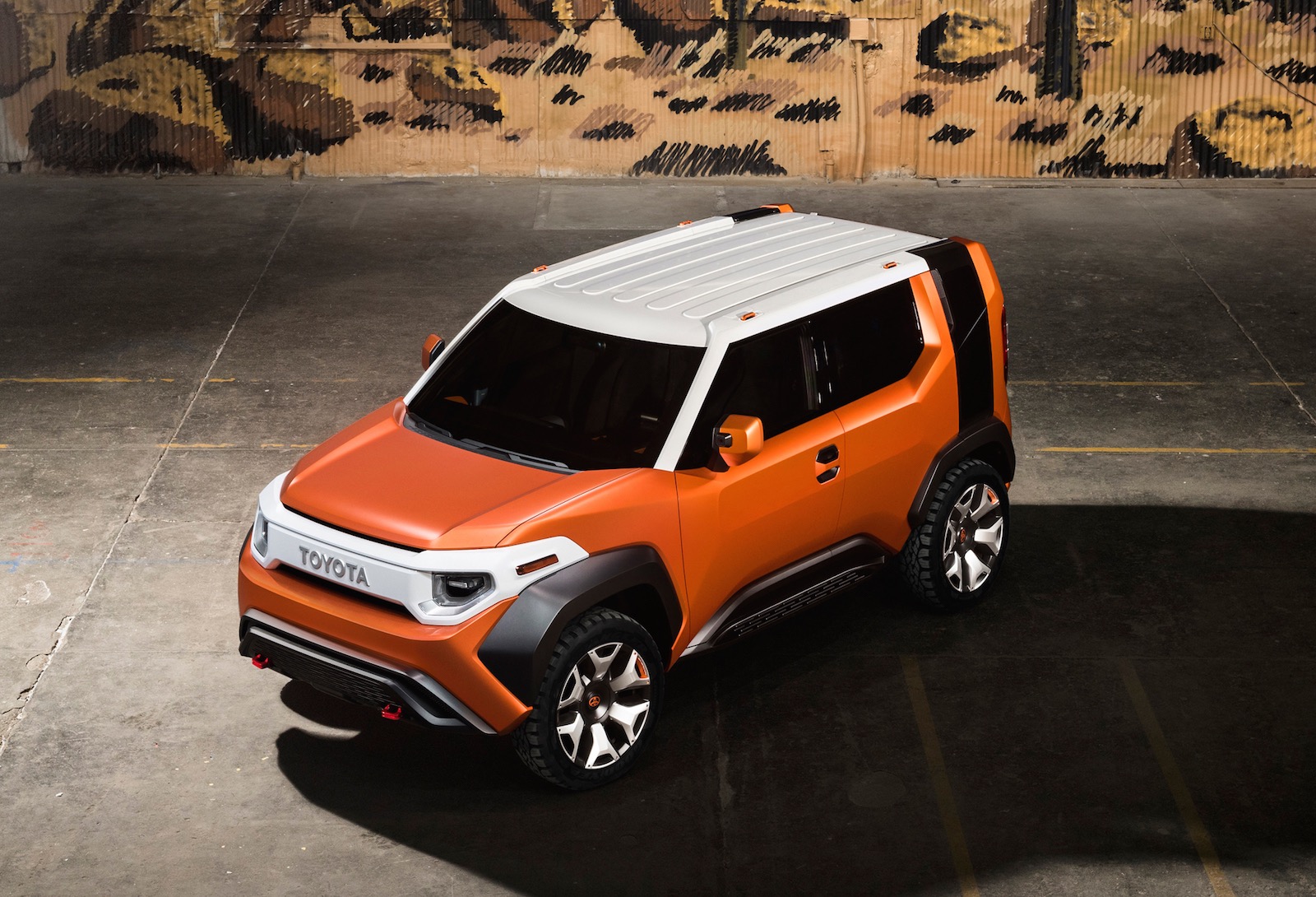 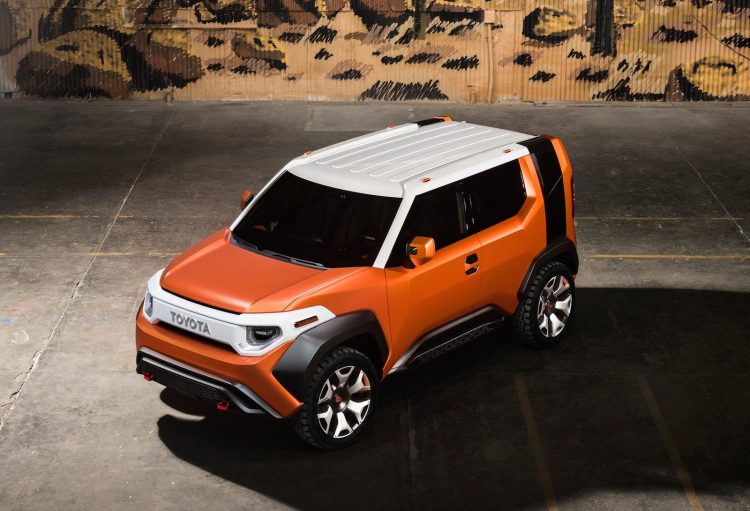 Based on the teasers, many other media outlets assumed this would be the successor to the Prado-based FJ Cruiser, but dimension details reveal otherwise. At 4249mm long, 1821mm wide and 1623mm tall, the FT-4X is squarely in compact SUV territory. It share the TNGA platform with the Prius, C-HR and other upcoming Toyota models, but is apparently at long odds for production.

The exterior is blocky and utilitarian with bronze paint contrasted by a white fascia with the classic ‘Toyota’ script.

Inside, there is a very minimalist and vibrant interior design, with drink bottles, satellite controls on the steering wheel and handle grips. The instrument display is of a rolling altimeter style and accommodates a smartphone, with analog temperature and fuel displays bookending the ensemble. Free-standing vents and armrests are the main features inside.

The FT-4X is asymmetrical with a large rectangular window on the left hand side. The rear barn doors can be opened with a large rotary knob.

Powertrain details aren’t locked in as it is only a concept, but Toyota says, “one could assume the FT-4X could potentially employ a small displacement four-cylinder engine.”

It also says the concept would feature a mechanical four-wheel drive system with selectable low-range, along with MacPherson strut front and double-wishbone rear suspension. 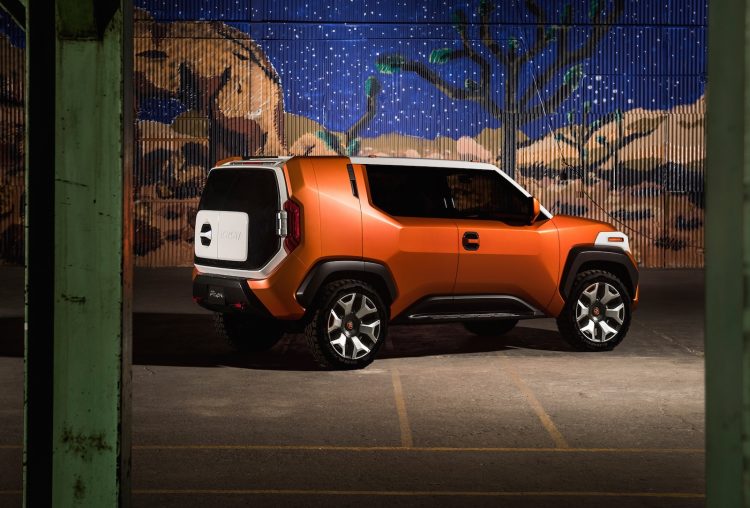