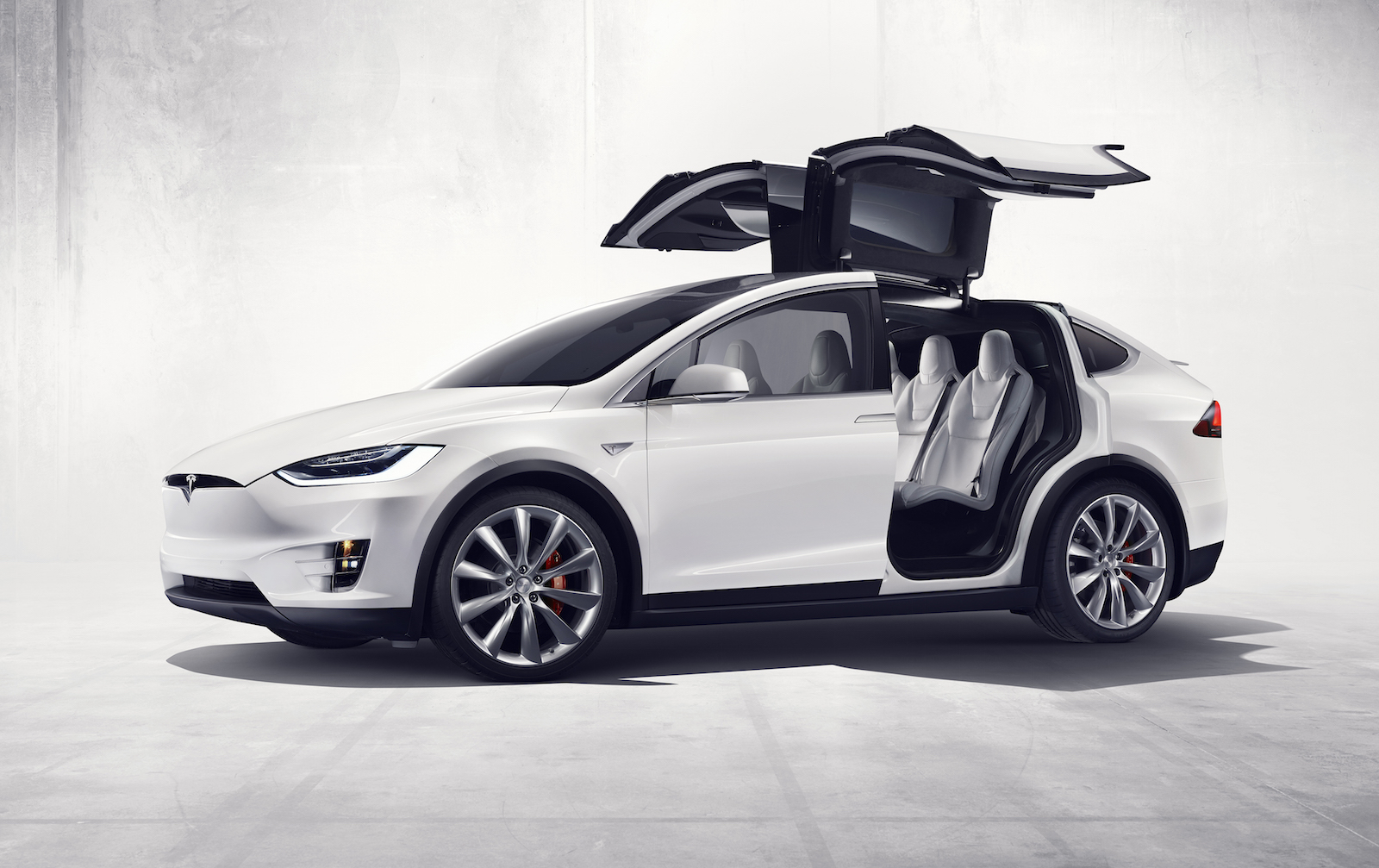 Tesla’s long-awaited Model X has been officially launched at an event in Fremont, California today. Elon Musk confirmed the anticipated details and a few surprises to a very excited crowd. 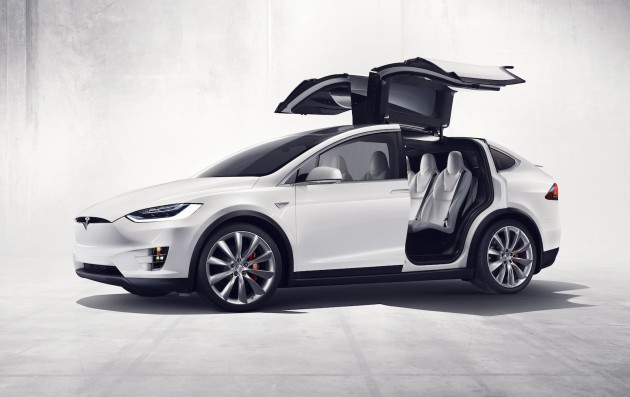 For the production Model X, a few aesthetic changes have been made. Most notable, the Model S aping ovoid front grille treatment on previous versions has been replaced by a smaller T-shaped unit, for a much cleaner look. A 0.24 drag coefficient makes this the most aerodynamic SUV to date, superior to the 0.25Cd of Audi’s e-tron Quattro concept of the Frankfurt Motor show.

Starting with safety, the Model X is able to achieve a five-star rating in every safety category, promising the least side intrusion of any SUV at 214mm, compared to the next best of 410mm. Rollover protection is also touted as best-in-class, with the Model X’s low centre of gravity meaning not only is it unlikely to roll over, if it does it will land on its wheels.

An advanced air filtration system protects occupants from viruses, as well as smog in the dirtiest cities. It even has a ‘Bioweapon Defence Mode’, which seals off the cabin and is activated by pressing the biohazard symbol on the floating tablet.

Now to the Model X’s major showpiece: the Falcon Doors. To demonstrate their usefulness in tight spaces, Musk had a badgeless Audi Q7 and US-spec Honda Odyssey parked either side of the Model X and opened the rear doors showing that they are more space efficient in that scenario. The front doors, however, are still of the conventionally-opening variety, so access to them might still be limited.

Seating is available in 2-3-2- or 2-2-2 layouts. To access the third row, you just press a button and one of the middle row seats tilts forward. While Musk said he did sit in the rearmost row, he didn’t reset the seat afterwards, so it remains to be seen if Tesla’s claim of accommodating an adult in the third row holds true.

Other highlights include an accessories hitch designed to take the place of roofracks, which would otherwise spoil the aerodynamics of the car.

If these figures and specs look similar to the Model S, that’s because it shares the same battery and motor hardware, albeit in a chunky 2449kg package. According to the local Tesla website, Australian deliveries will begin in the latter half of 2016. Local prices are expected to kick off at around the $90,000 mark.