The first ever drive impression of the stunning new Jaguar F-Type has been released online. Jaguar handed two pre-production models to Martin Brundle, Christian Danner and Justin Bell to put to the test. 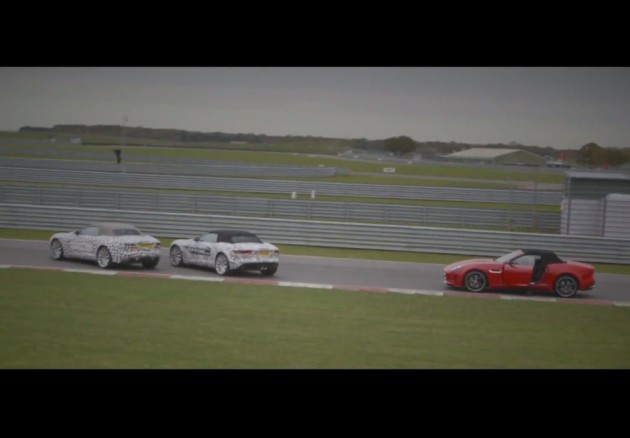 Despite the camouflage paintwork, Jaguar says the vehicles were “representative of production intent from a dynamic and powertrain perspective”. So basically what you see and hear in the video is what you’ll soon be able to buy from the showroom.

The Jaguar F-Type V6 and V8 versions will be heading to Australian shores during the second-half of 2013. Prices are yet to be announced. ”

Click play below for a taste of what to expect. And just listen to that sound.