Images of the 2013 Volkswagen Golf Mk7 wagon have been revealed online ahead of the car’s debut at the Geneva Motor Show later this week. This is the first time the wagon has been seen. 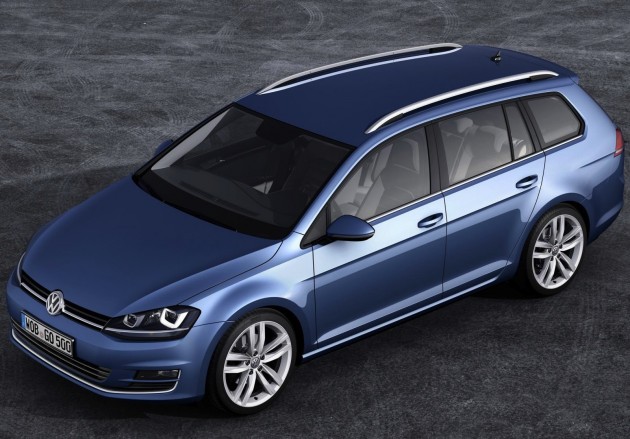 Volkswagen unveiled the Mk7 Golf earlier late last year, showcasing the new-look front end and a whole host of class-leading features and technologies. As you can see, there’s slightly revised taillights over the current Mk6 version, with the rest sharing a simily conservative design as all new Volkswagens.

Under the bonnet, the Mk7 Golf wagon is likely to mimic powertrains seen in the Golf hatch. The variant pictured here is the economy-focused TSI Bluemotion. A range of turbo-petrol and turbo-diesel engines are set to be offered, with outputs ranging from 66kW to 103kW, and 77kW to 110kW, respectively.

Like the new hatch, the wagon is expected to come with all of the new technologies that are being introduced with the Mk7, and the MQB platform, including more safety features (Multicollision Brake system, City Emergency Braking, fatigue detection, lane assist), reduced weight, and more interior space.

Australian specifications are yet to be confirmed at this stage. The regular Mk7 hatch will arrive in local showrooms in April.