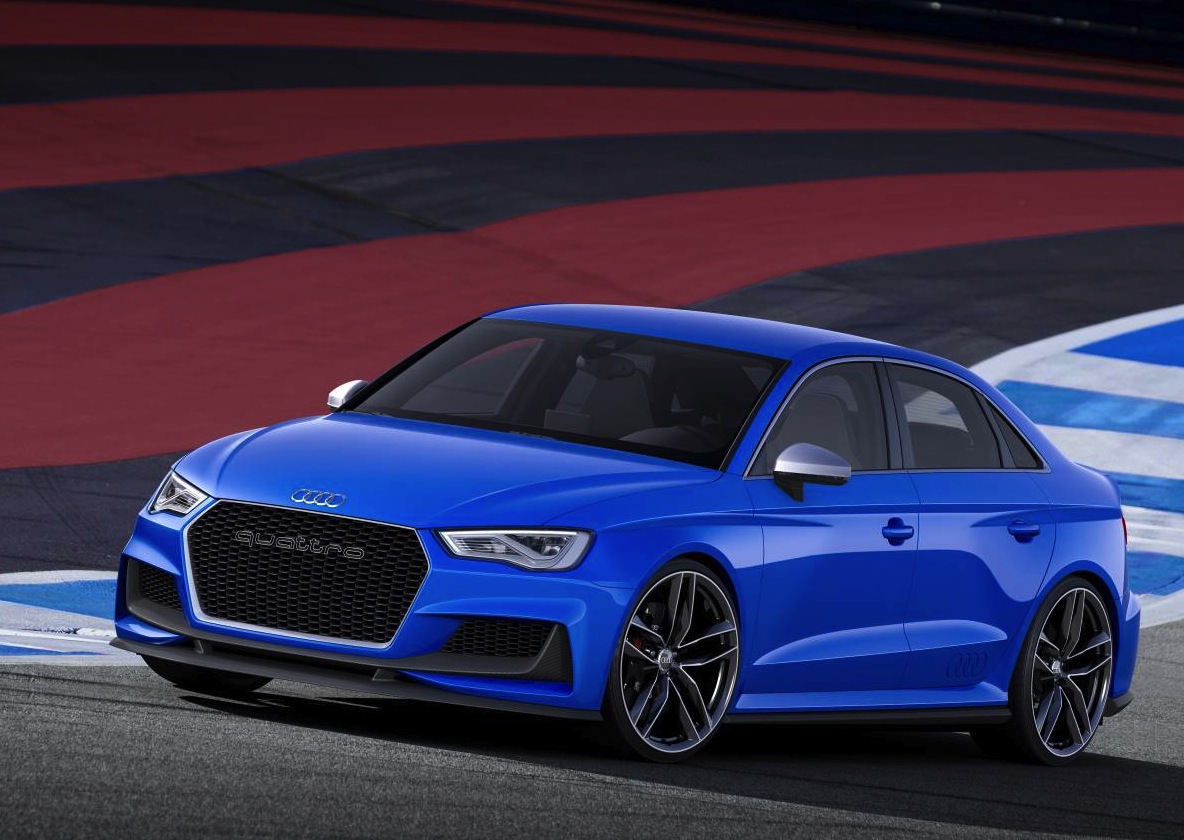 The new Audi S3 is already one muscly little sports sedan. Audi is planning to showcase the full performance potential of the A3 platform with a special A3 Clubsport Quattro concept at the upcoming Worthersee Festival. 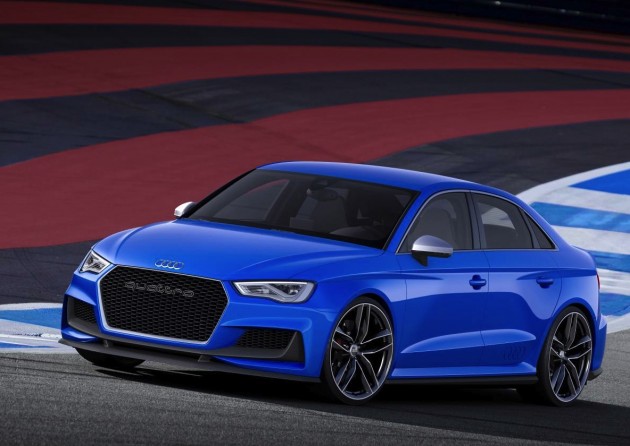 Although the concept, which is based on the A3 sedan, looks fantastic from every angle, Audi has gone to extra lengths to ensure every area of the car receives lots of tweaking. Audi board member for technical development Prof. Dr. Ulrich Hackenberg, said,

“The Audi A3 clubsport quattro concept shows our car and tuning fans at the Worthersee just how much sporty potential there is in the A3 family. We have pushed the limits in every respect with this show car: power, dynamics, sound, design.”

Under the bonnet is perhaps the most extreme upgrade. There sits a 2.5-litre heavily turbocharged five-cylinder engine, similar to the one seen in the TT RS. Only in the A3 it produces a whopping 386kW of power and 600Nm of torque. 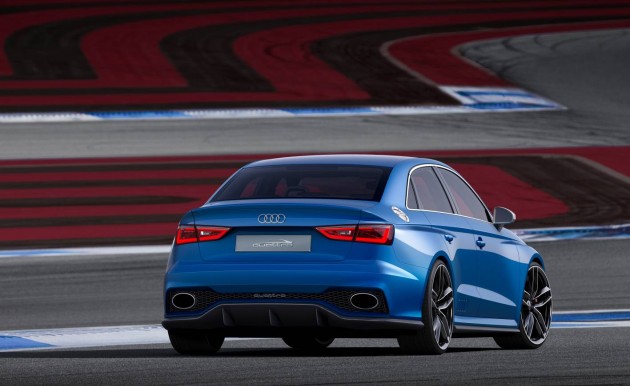 How does that translate on the road? Audi says 0-100km/h takes a mere 3.6 seconds, while its top speed is an incredible 310km/h. This makes it similarly as fast as the company’s flagship supercar, the R8 V10.

The large turbo runs at up to 1.5 bar (21.7psi) and sends pressure through a modified intercooler system. It also gets a unique intake and exhaust system for a “throaty snarl”.

As for the body, there’s a carbon fibre bonnet, a carbon front grille section with a modified grille for optimised air flow, a racy splitter layout, and a bespoke bumper bar with large intakes.

At the back is a chunky diffuser with three fins and a high-gloss black honeycomb insert, and an air brake spoiler activated under heavy braking. Audi says the air brake can reduce stopping distances by around 12 metres from 250km/h.

Underneath, the concept features special aluminium suspension with a lowered ride height (10mm lower than the S3), while it all rolls on a set of gob-smacking 21-inch alloy wheels wearing huge 275/25 tyres. These hide 370mm carbon ceramic front disc brakes.

Unfortunately, Audi is not planning to put this beast into production any time soon. It simply gives us all some inspiration for tuning. It’ll be on display at the Worthersee Festival from May 28-31. What do you think of it?