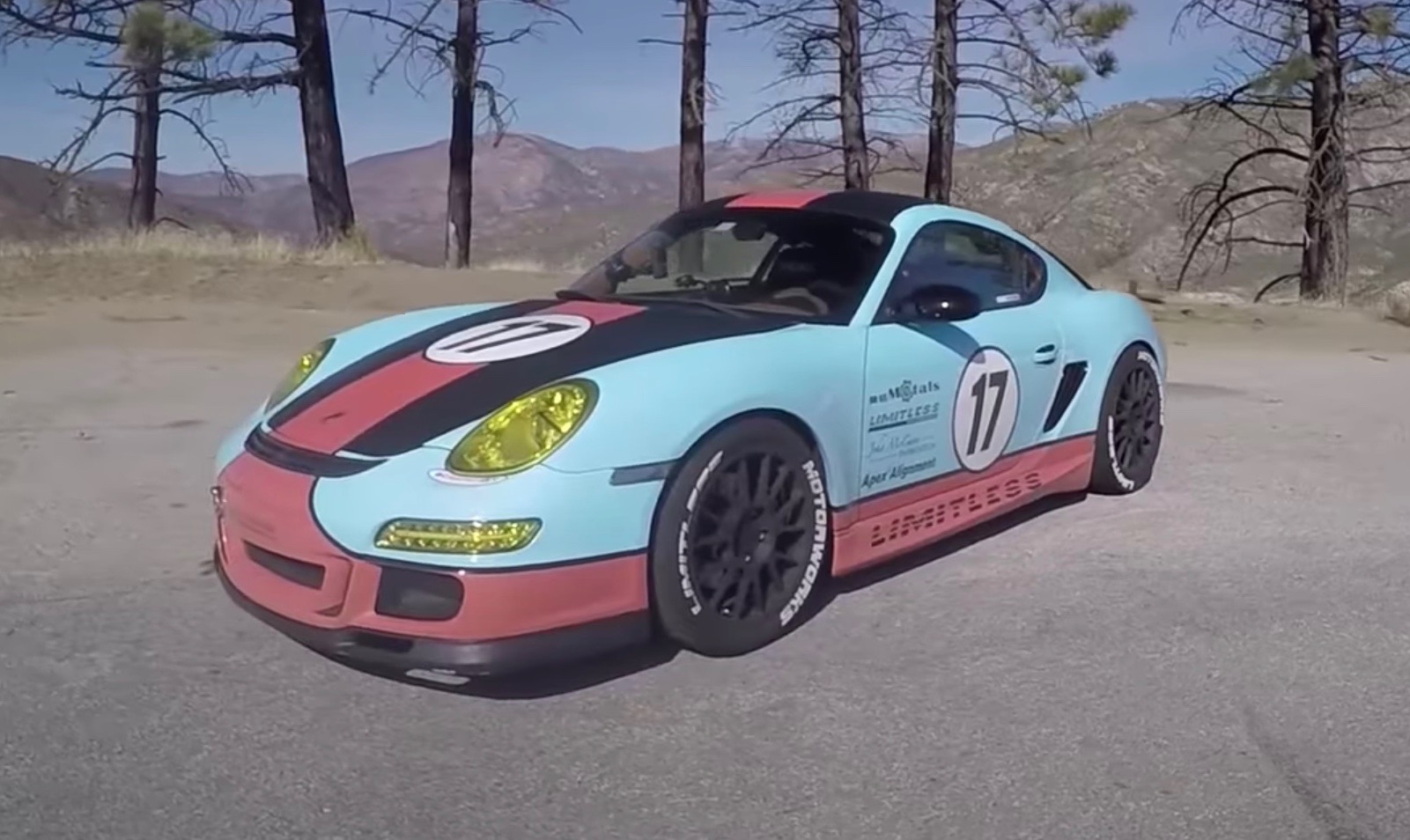 The Porsche Boxster and Cayman – whilst not exactly short on power – are not about outright grunt. They are mid-engined sports cars whose raison d’être is more about scalpel sharp cornering precision and mid-engined balance. 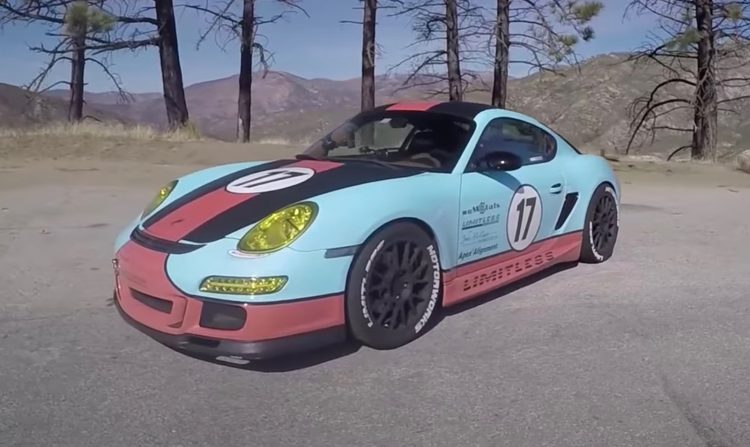 Throw in a US$14,000 (about AU$19k) Ford Coyote crate engine and you have something that can make a Prancing Horse look like a Shetland pony around a twisty mountain road.

Created by Limitless Motorworks in Miami, Florida, this is one Cayman that will not produce the familiar flat-six howl, but something altogether more thunderous and guttural.

Ford’s Coyote V8 develops 316kW and 493Nm in this application, from its 5.0 litres of displacement. The monster weighs a mere 1383kg wet – not much of a jump from the 1339kg figure quoted in 2006 of the standard flat-six model. 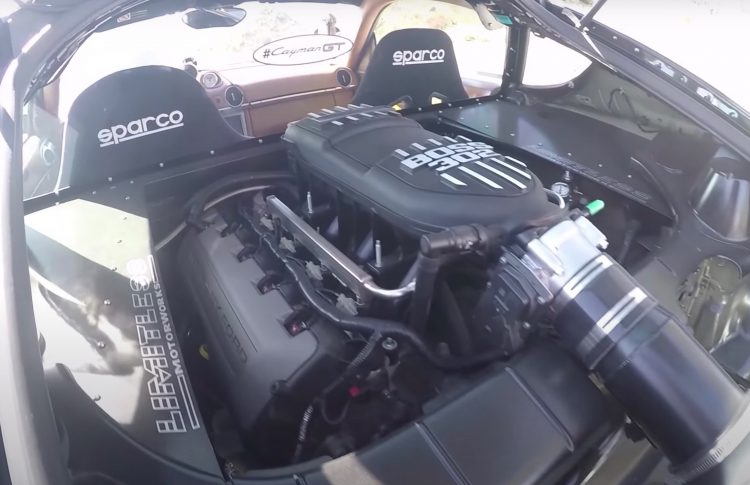 It’s worth noting that switching to a horizontally-opposed boxer to a 90-degree V8 raises the centre-of-gravity and roll centre of the car. To cope with this, the suspension is upgraded accordingly. Interestingly, the standard gearbox is maintained, but an electric power system from the Lamborghini Gallardo GT3 race car is employed to make light work of the extra heft.

This car was featured on Matt Farah’s YouTube channel, The Smoking Tyre, from a few years ago. You can check it out below. What is your ideal mid-engined conversion idea? Let us know in the comments below.