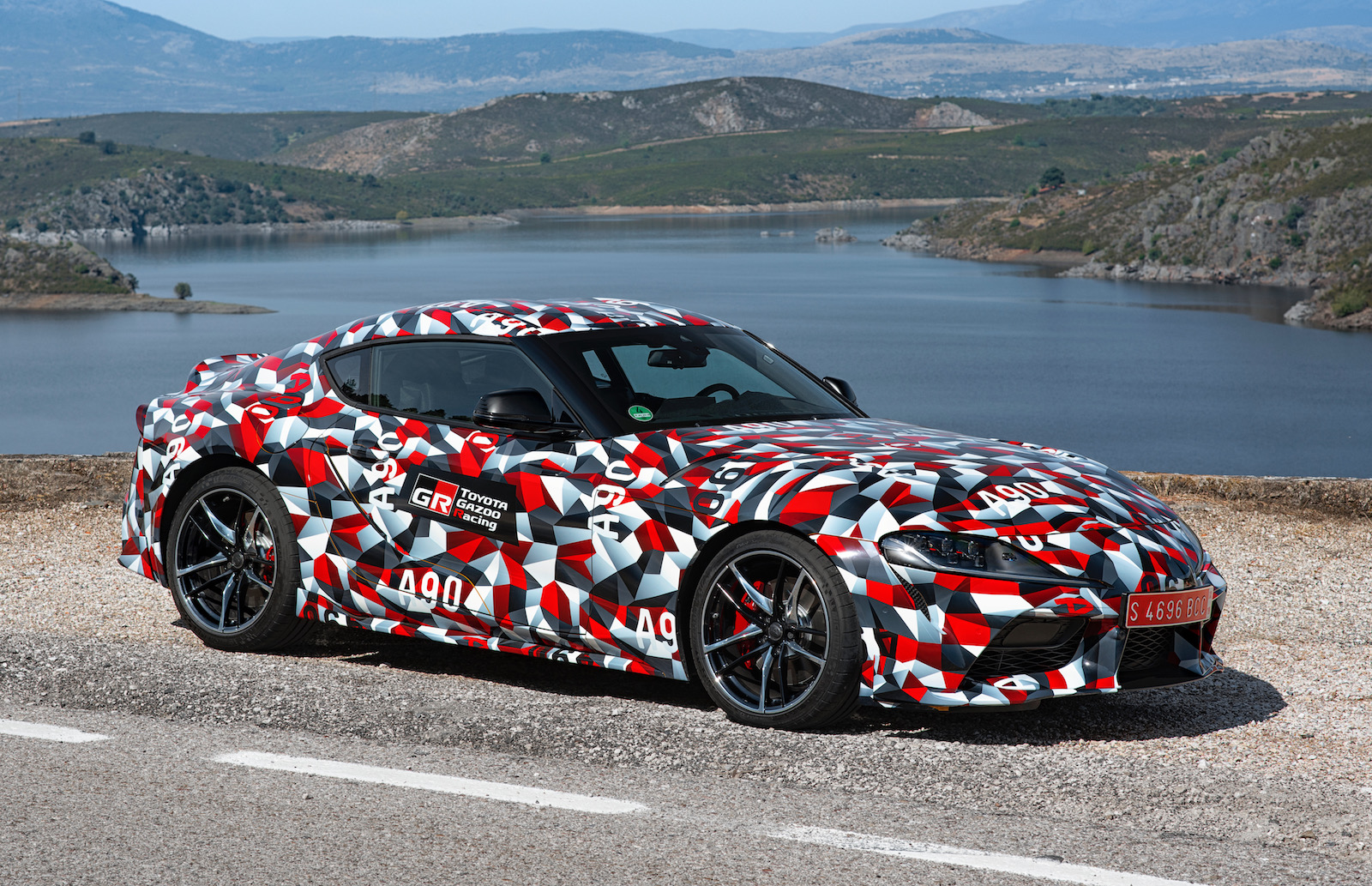 Toyota’s all-new A90 Supra is getting very near now, with the first prototype drives already begun overseas. Toyota Australia has also confirmed the new model will officially join the local showroom next year. 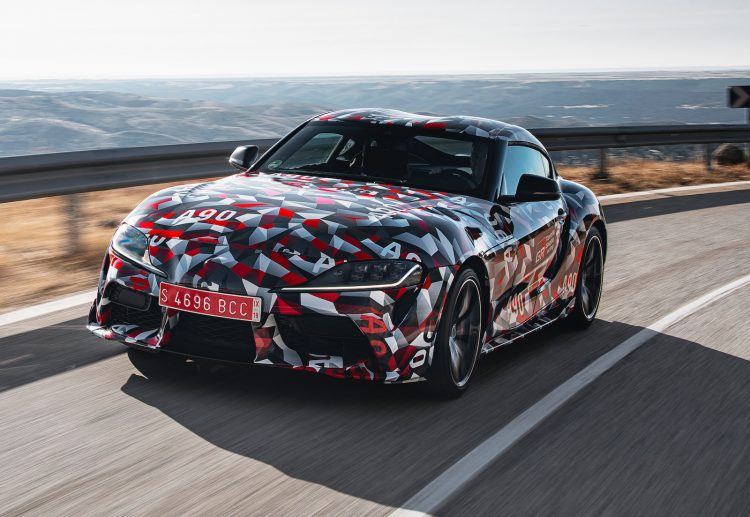 It’s been years in the making and it is turning out to be one of the most hotly anticipated new models of the decade. Toyota is developing the new Supra via a co-development deal with BMW. BMW uses the platform for its new Z4 while Toyota underpins the Supra. Some of the powertrains and major components will also be shared.

Today, Toyota confirms the new model will be powered by a 3.0-litre turbocharged inline six engine, using twin-scroll turbo technology, variable valve control, and direct fuel injection. Initial outputs are “more than 220kW and 450Nm”, with a projected 0-100km/h time of under 5.0 seconds.

These stats are very similar to the engine outputs of BMW’s ‘B58’ 3.0-litre turbo six that’s featured in various ‘40i’ models. However, they are quite shy of the Z4 M40i’s 250kW output. This obviously leaves some scope for Toyota to launch a TRD or special Gazoo Racing variant further down the track. 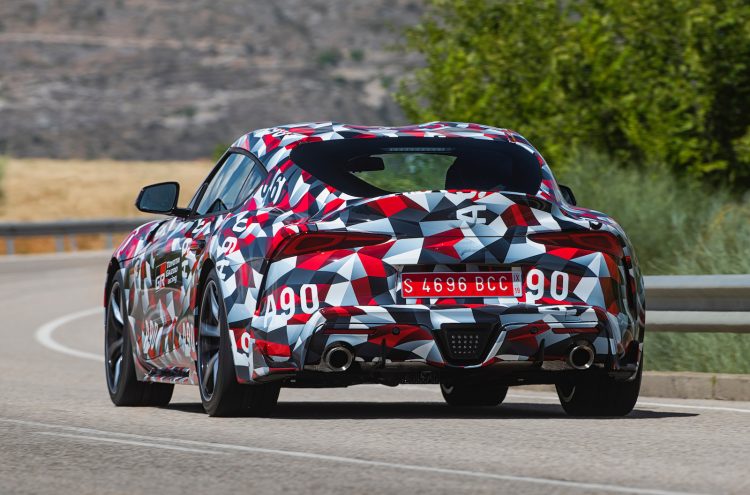 Toyota confirms the engine will come matched to an eight-speed automatic transmission, feeding power into an active electronically-controlled differential. The company says the transmission, likely a version of the ZF unit that BMW uses, has been selected for its shift speed and direct feel, as well as for its torque convertor characteristics that provide powerful take-off acceleration.

The new Toyota Supra will be the first model in Australia that wears the Toyota Gazoo Racing (TGR) badge. This is Toyota’s motorsport partner and is set to be responsible for more sports cars in the future, especially special editions like the Yaris Gazoo Racing. Speaking about the new model, Toyota Australia’s vice president of sales and marketing, Sean Hanley, said:

“As the halo model for Toyota sports cars and our new GR brand, Supra points to a new-generation of driver-focused vehicles that will offer dynamic styling and faithful handling, even at the limits of performance. These inherent qualities will also flow into our regular production models, enhancing Toyota’s DNA as a company committed to bringing the freedom, adventure and excitement of driving to everyone.” 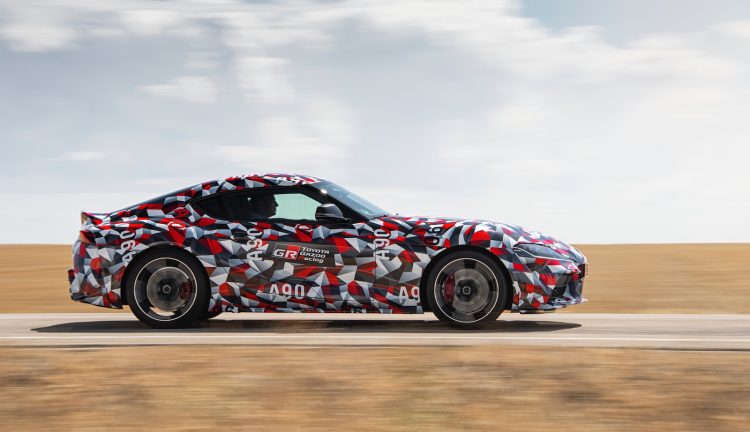 This will be Toyota’s second sports car in the showroom, sitting above the 86. Compared with the 86, the new Supra uses a shorter wheelbase, and the centre of gravity is even lower. This gives you some idea of the agility that will be on offer.

Body rigidity will be close to the LFA supercar thanks to a strong frame made from aluminium and steel composite, with high-performance suspension components. Chief engineer Tetsuya Tada spoke of the driving dynamics, saying:

“Regarding driving pleasure, my target was to achieve extreme handling performance as a pure sport car. Thanks to Supra’s robust body and high-performance suspension, you can enjoy an extremely high level of all performance aspects, including acceleration and deceleration response, ride comfort and cornering.” 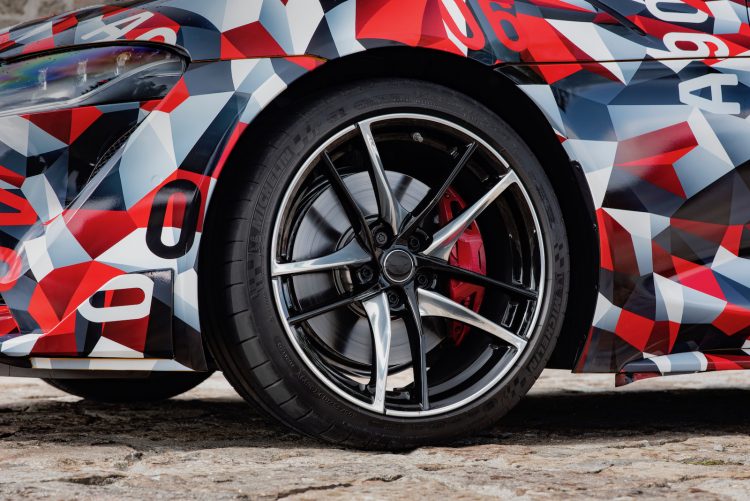 Braking comes thanks to a set of four-piston Brembo brakes and a “state-of-the-art” pedal feel. Overall performance is also enhanced via performance tyres (Michelin Pilot Super Sport, by the looks of it), optimised wheel hubs and camber angles, and stiff wheel bearings.

The new model promises to be fun to drive in real-world conditions as well as on the track. In fact, Toyota says 90 per cent of the development and testing has been carried out on public roads, as well as on the Nurburgring in Germany which one could argue has normal road characteristics as well. Toyota even says the car has been tested for the way it performs “power slides and doughnuts” – we’re sure there will be many interested punters keen to test this as well.

Fans will have to wait a little longer as Toyota Australia confirms the new model will go on sale locally in the third quarter of 2019. A full debut is expected very soon, however.