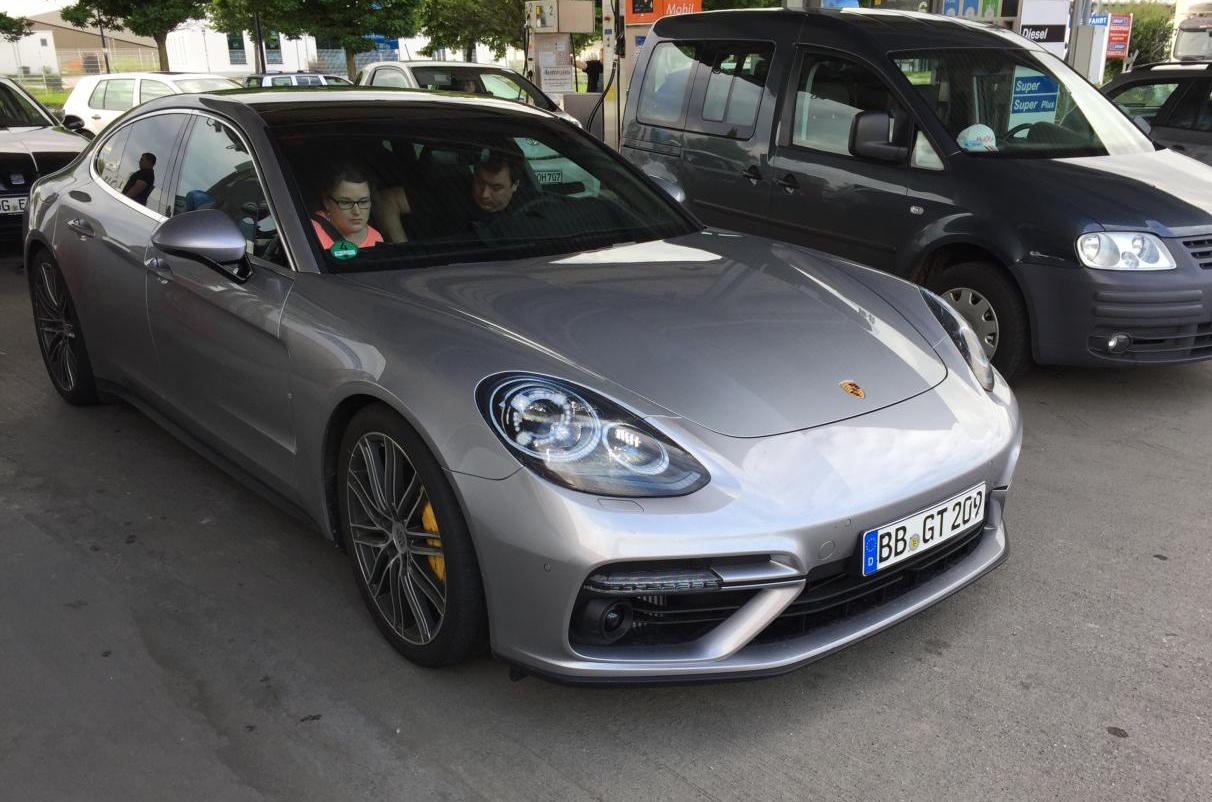 Porsche has officially confirmed it will unveil the all-new, 2017 Panamera at a special event in Berlin on June 28. It has just released a new teaser video to build anticipation. 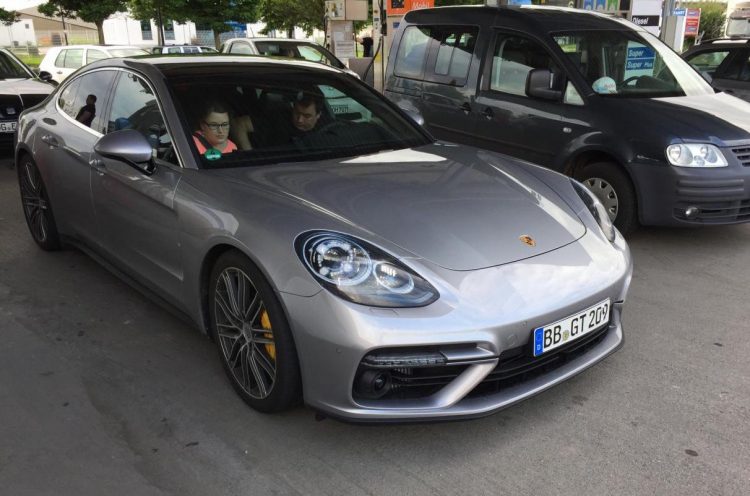 While the teaser is pretty vague, only giving us a quick look at the roof, keen-eyed spotters in Europe have managed to spot a prototype at a petrol station revealing much more of the new design.

Two images, from Autojunk, show the front and rear of the 2017 model. There is some camouflage around the finer details, such as the headlights, front grille, and the new-look slimline taillights, but the body is pretty much revealed.

You can see the new Panamera will showcase a much more defined body, with sharper contours and lines, while carrying over an evolved version of the side slits behind the front wheels. There’s also some new alloy wheel designs going on. 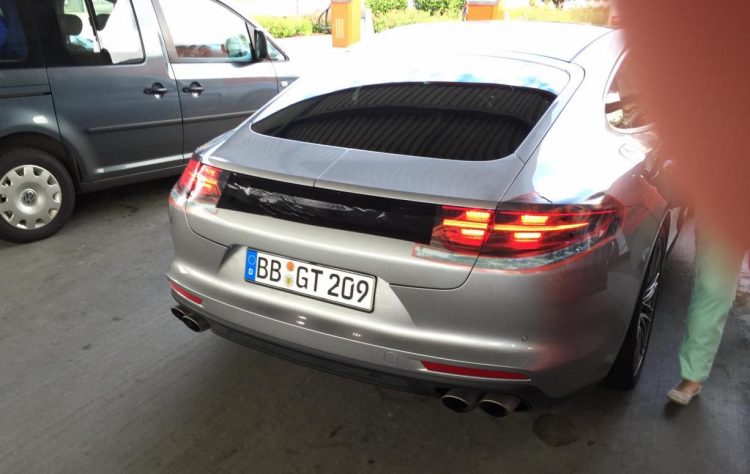 This is set to be quite an exciting model for Porsche and enthusiasts, as it is expected to bring a number of major changes, including a big reduction in weigh . It’s understood the interior with get a big makeover, swapping the button-filled current layout with a more modern touch and display theme.

Meanwhile, under the bonnet we could be about to welcome a new 4.0-litre twin-turbo V8 handpicked from VW Group, tuned by Porsche, along with a range of twin-turbo V6 units making up the lower-mid end of the range.

We only have a wait a few more days for all of the juicy details. Porsche Australia says local pricing and specifications will be announced on June 29, following the initial reveal. Click play below for the preview.