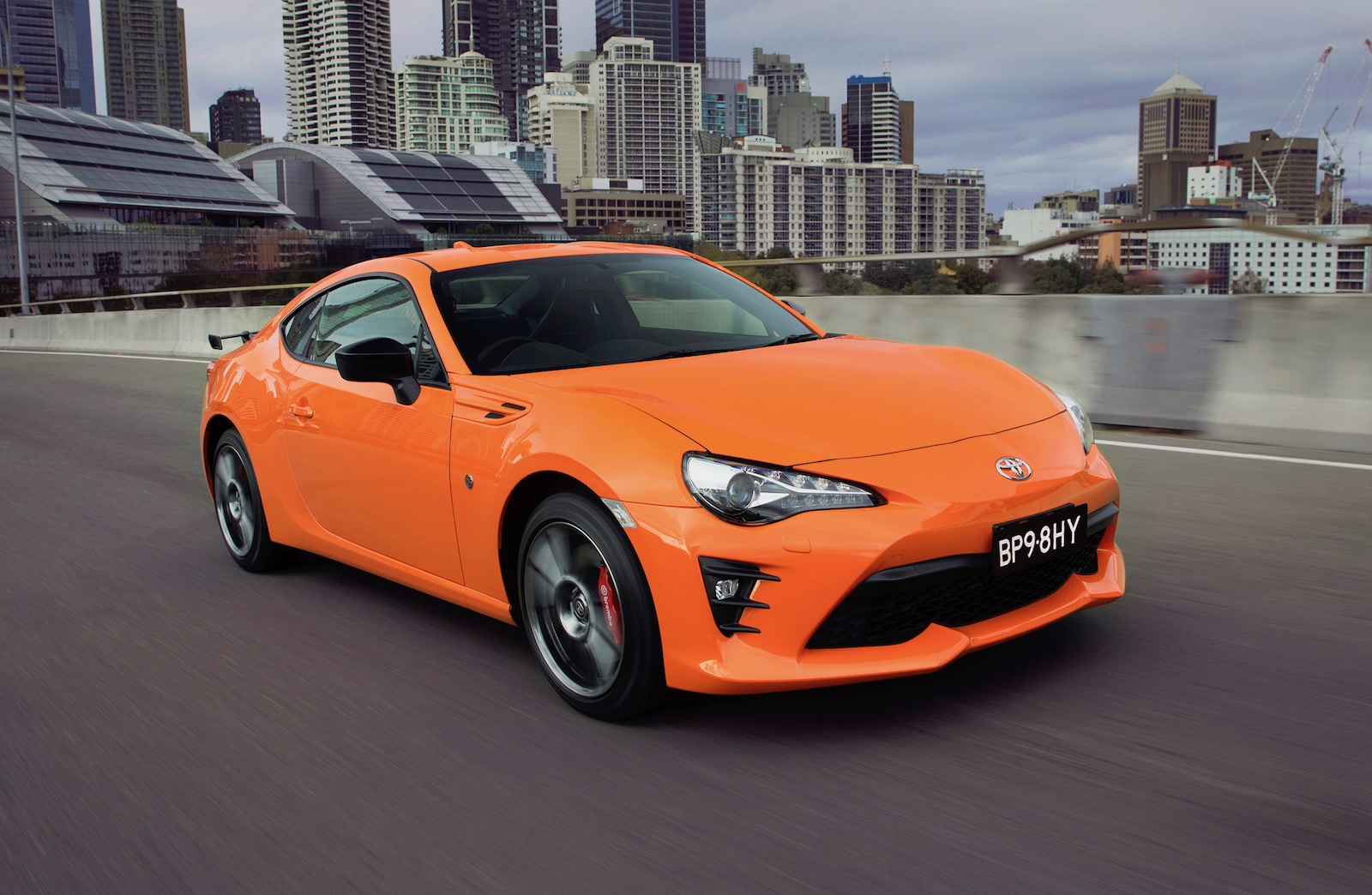 Toyota Australia has announced a new limited edition performance package for the 86 sports car, bringing in some unique highlights and a striking orange paint colour. 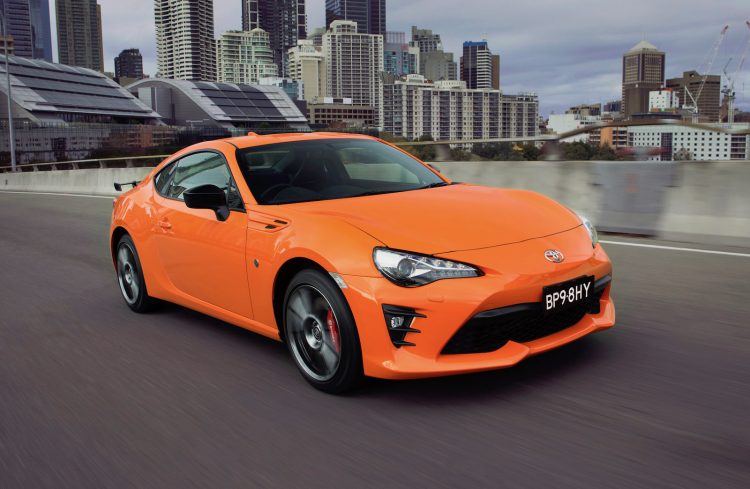 Based on the GTS, the new limited edition is a bit like the previous ‘Tada’ prototype edition. It features Sachs sports dampers, Brembo brakes, and larger 326mm front discs (up from 294mm).

No changes are made under the bonnet, but it gets the recently-updated tune. It consists of a 2.0-litre naturally aspirated boxer four-cylinder producing 152kW and 212Nm. In the manual GTS version we’ve timed a best 0-100km/h of 7.79 seconds.

Inside, passengers are comforted by some Alcantara trimmings with a suede-like Grandlux dash. This is all paired together with a smattering of orange contrast stitching and an embossed 86 logo.

For the dash there’s a 6.1-inch touch-screen interface with Toyota Link2 connectivity, along with satellite navigation, dual-zone climate control, and a 4.2-inch LCD info display for the driver.

Perhaps the biggest highlight of the limited edition is the eye-burning Solar Orange paintwork for the body. This certainly gives the 86 a standout appearance out on the road.

Toyota Australia is planning to release just 60 examples of the special edition, priced from $41,490. This is up $4550 on the regular GTS, including the premium paint. It comes in six-speed manual form only.