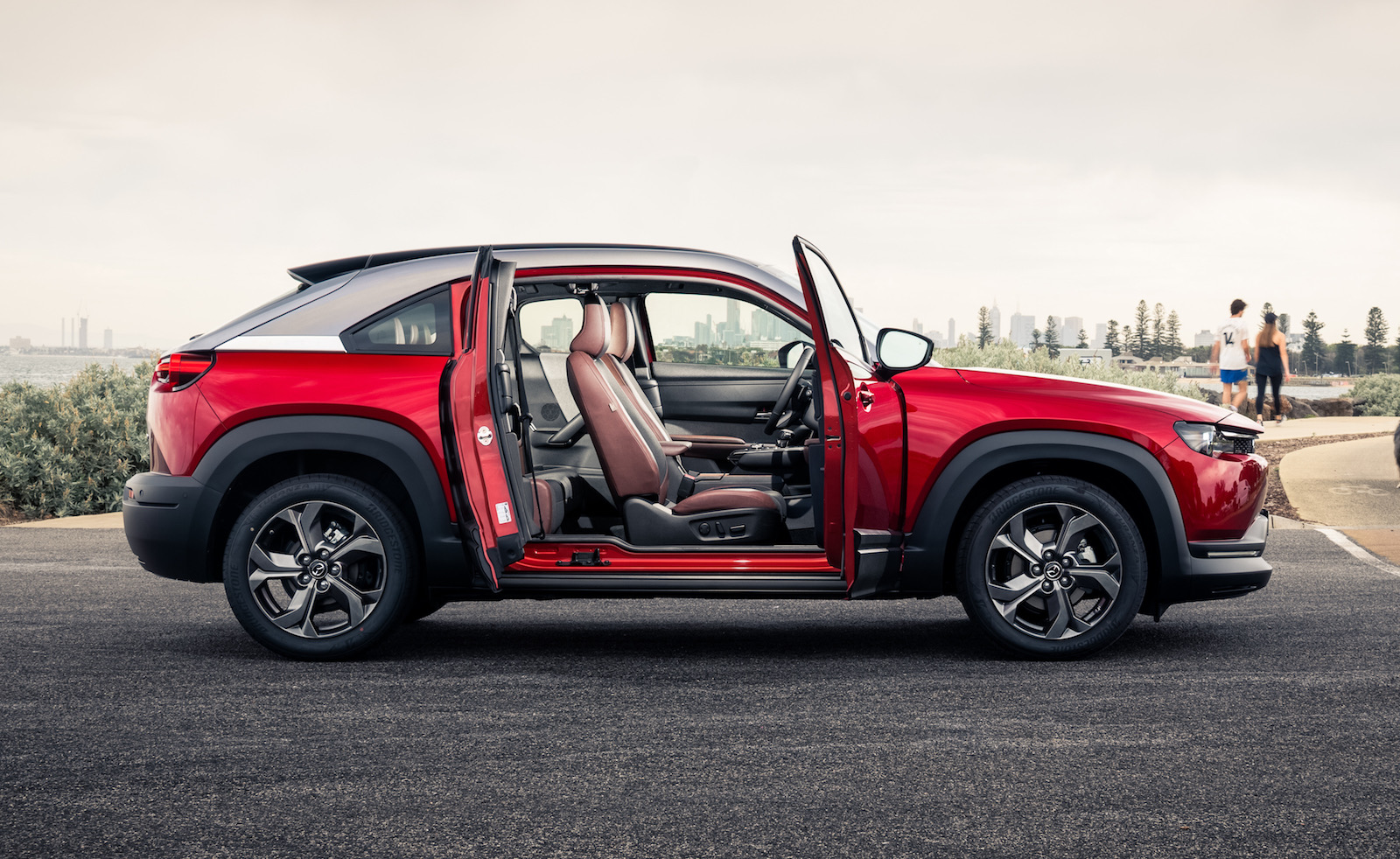 Mazda Australia has today confirmed the MX-30 fully electric and mild hybrid SUV will arrive locally next year. This will be the first fully electric model from the brand. 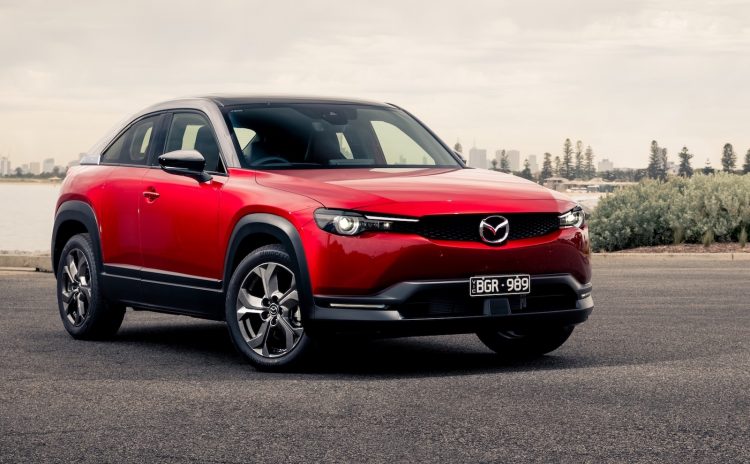 However, the most interesting one here is the fully electric unit. It incorporates a 35.5kWh lithium-ion battery which provides a NEDC-rated range of 224km (200kW WLTP). That’s one of the lowest EV ranges in the segment. The battery supplies power to an electric motor that develops 107kW and 271Nm.

Users will be able to recharge via regular AC or rapid charging DC outlets, with ports positioned on the right-hand side of the vehicle. Recharging to 80 per cent can be done in around 30-40 minutes using a 50kW rapid charger, for example. 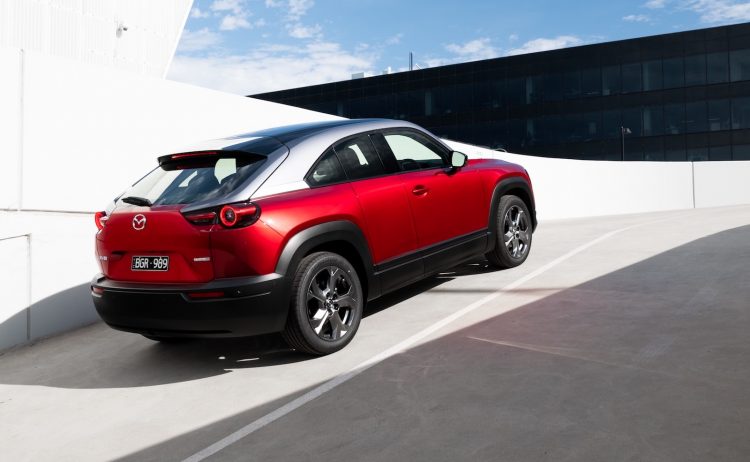 As standard, all models come with a new 7.0-inch touch-screen for the climate control system, along with an 8.8-inch media interface, and then another 7.0-inch LCD for the instrument cluster. It also runs the latest Mazda Connect system.

“Combining modern design and sustainable, tactile interior materials, the MX-30 has been created to stimulate the senses and connect with the driver and its occupants. While furthering our ‘well to wheel’ emissions reduction strategy, the MX-30 remains a Mazda at heart: it is poised, agile and fun to drive with exceptional handling.”

The new model will go on sale in Australia during the first half of 2021, with the electric version arriving in the middle of the year. Final specs and local prices will be announced closer to launch.