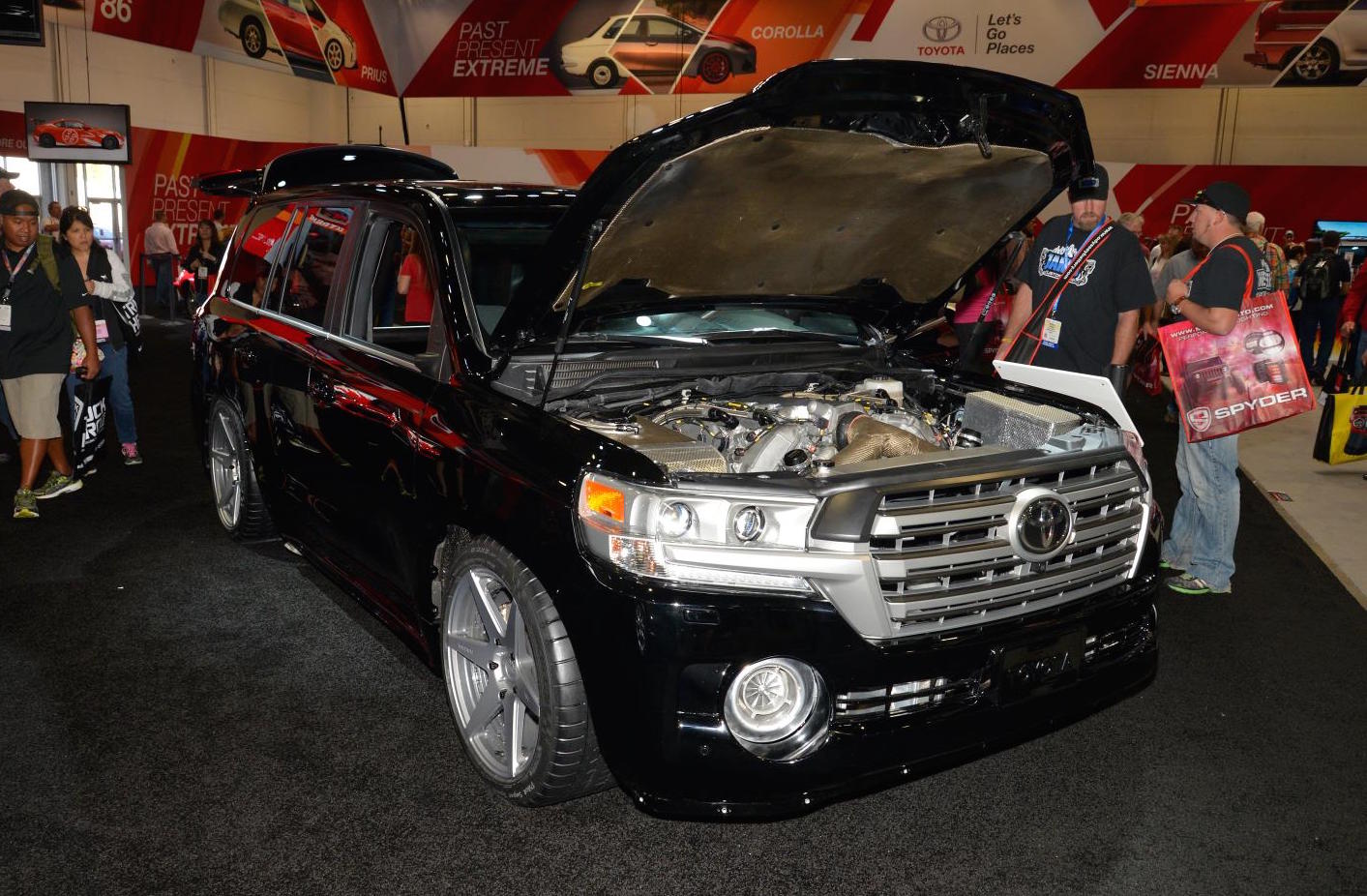 This year’s SEMA show is choc full of equal parts sublime and ridiculous. This 2000hp (1500kW) Toyota Land ‘Speed’ Cruiser exemplifies that to a big T. 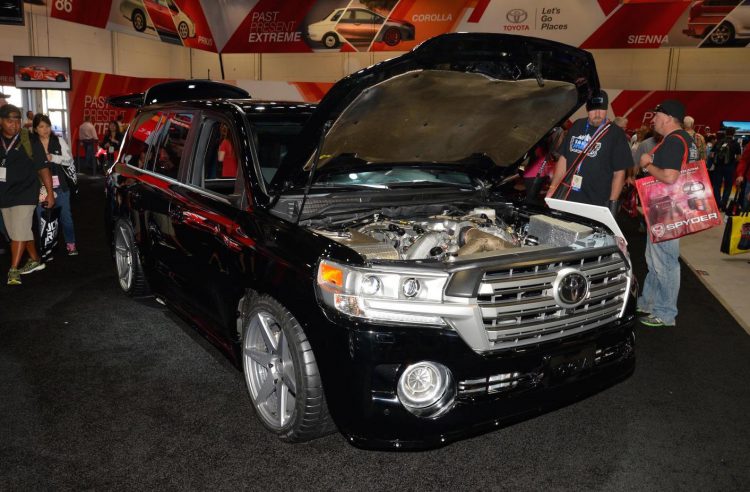 Said to be capable of a Jaguar XJ220-rivalling 354km/h, the Land Speed Cruiser is powered by a heavily modified version of the 5.7-litre 3UR-FE V8 seen in our Lexus LX 570 and the US-market LC200.

To get to the 2000hp mark, two “volleyball-sized Garrett turbochargers” are added, visibly integrated into the front bumper. An ice reservoir inside the engine bay cools the intake charge generated by the gobloads of boost. A custom ATI gearbox distributes the torture to the road.

The interior has been stripped of all seats bar the driver’s, which has been replaced with a Momo racing unit. There’s also a roll cage should things go pear-shaped.

Externally it looks pretty tame, except for its vicious stance… and the exposed turbines. Toyota Motorsport had to narrow the chassis rails to ensure the ‘Cruiser hunkered over its massive wheels. It also has several aero enhancements to ensure the 2.7-tonne projectile stays on the right trajectory.

Toyota will take the car to its Arizona Proving Ground to test the claimed top speed. This kind of thing isn’t as unrealistic as you think. A while ago we featured a Nissan Patrol from the middle east with 1044kW, hitting over 308km/h over half a mile.