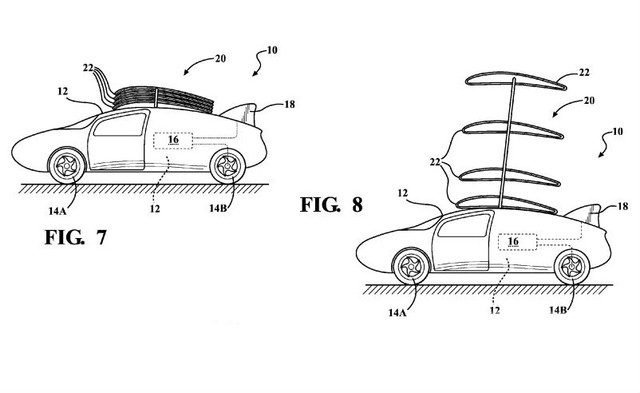 Toyota might be planning a flying car, if a recent patent application is anything to go by. The application was lodged at the US Patent and Trademark office in 2014, outlining an ambitious stackable wing system for a motor vehicle. 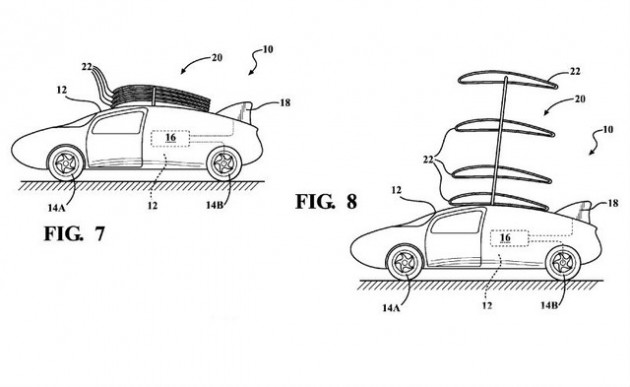 Generations of projections and prophecies which anticipated we’d all be in flying cars by now have turned out to be wide of the mark.

Many have tried, or are indeed still trying to realise that dream. Ideas like the Moller Skycar and Terrafugia have come close. When auto giant Toyota decides to file patents for a flying car design, perhaps it’s not such a far-fetched fantasy after all.

US Patent Office application #2015046720 describes a “stackable wing for an aerocar”, which an accompanying image of a long-wheelbase streamlined car with what appears to be a raiseable multi-wing mechanism of some description.

Granted, patents are no guarantee of success or implementation, but given Toyota’s experimental and pioneering efforts in hybrids and fuel cells, who knows.