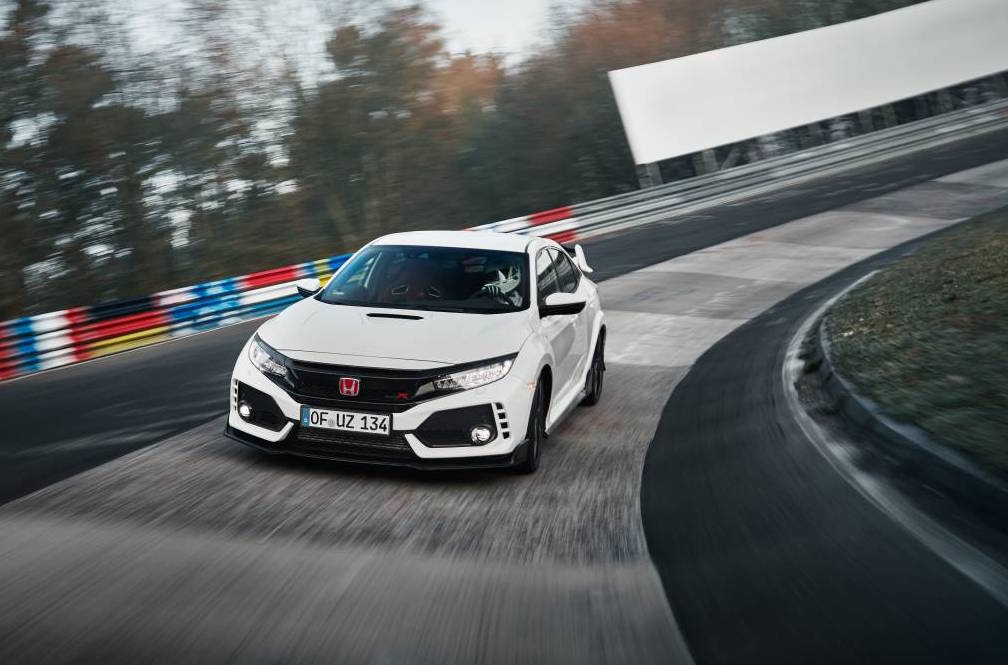 It’s done it. The 2018 Honda Civic Type R has run the ultimate gauntlet in the performance car world, setting a new lap record at the Nurburgring. 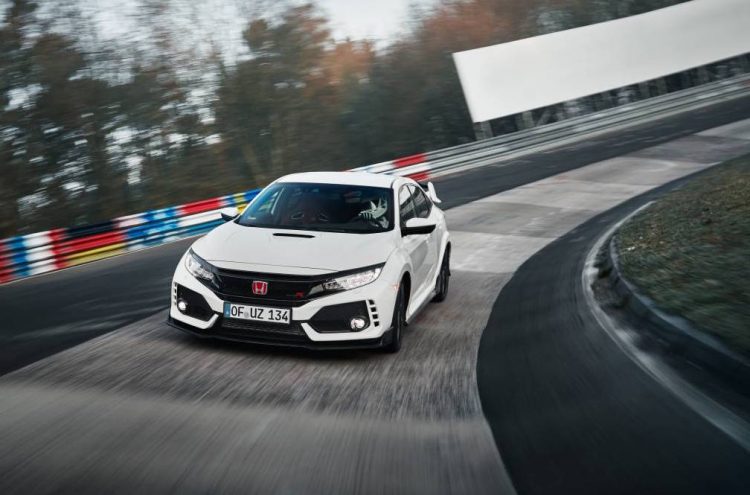 The production version stopped the clock in a blistering time of 7:43.80, cementing in a new lap record for a production front-wheel drive vehicle. It beat the previous record of 7:49.21, set by the Volkswagen Golf GTI Clubsport. This time is also seven seconds quicker than the old Type R lap.

Honda says the time was achieved on a dry track with an optimum ambient temperature for the tyres and powertrain. As we discovered last month at the Geneva motor show, the latest Civic Type R features a 2.0-litre turbo VTEC engine producing 236kW (320PS) and 400Nm. This is matched exclusively to a six-speed manual transmission with front-wheel drive.

Some major revisions were made to the latest model to help improve overall performance. For example, the body frame is 16kg lighter despite being 38 per cent stiffer. There’s also a new multi-link rear suspension setup which enhances stability under braking, according to Honda. Ryuichi Kijima, lead chassis engineer for the Type R, explains:

“The cornering speed achieved in the new Type R is higher because the car features a wider track and tyres, a longer wheelbase, new multi-link suspension in the rear and optimised aerodynamics that improves stability. For example, drivers typically enter the corner after Metzgesfeld at around 150 km/h. Even at this medium-speed corner, the speed is around 10 km/h higher due to the new Type R’s excellent stability. So, with improved cornering performance, we can increase the speed throughout the lap, helping the new Type R to achieve a much quicker lap time.”

Production of the new model will begin during the middle of the year, with an Australian arrival set for the later stages of the year. Check out the videos below for some of the highlights of the Nurburgring achievement.