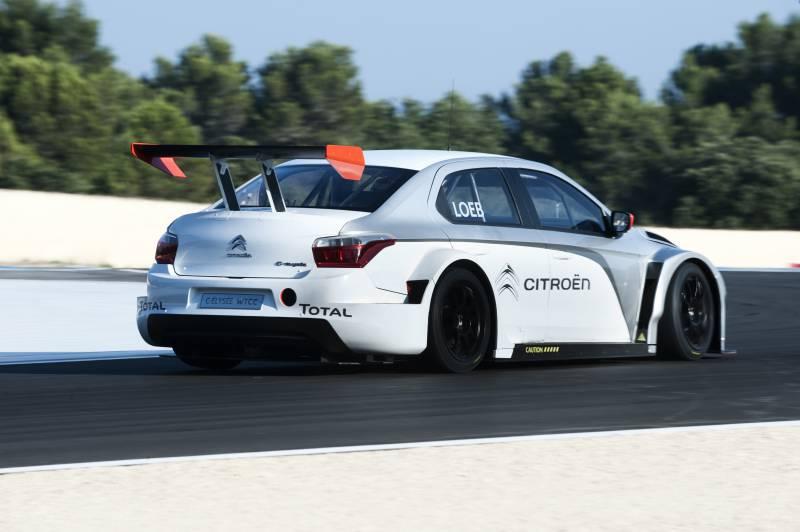 Remember the Citroen C-Elysee WTCC racing car from a coupe of weeks ago? The full version has just hit the track with Sebastien Loeb behind the wheel. 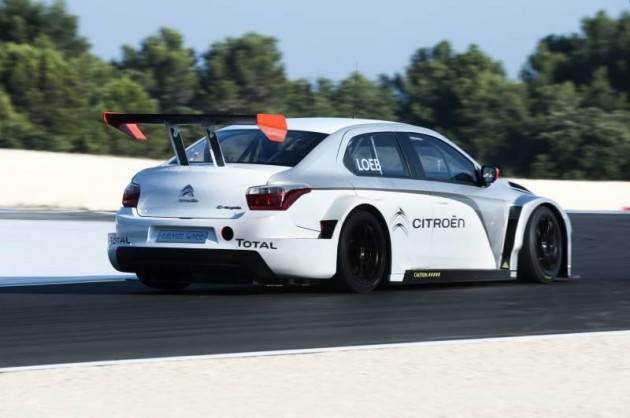 Set to race in next year’s World Touring Car Championship, the C-Elysee is powered by a 1.6-litre turbocharged four-cylinder producing 283kW and 400Nm.

It will make its official public debut at the Frankfurt Motor Show next month, showcasing the full racing aerodynamics package with huge front and rear spoilers, and heavily bolstered wheel arches.

Next year, Citroen will compete with Loeb and Yvan Muller in the driver’s seats. Muller said in a recent statement,

“It will be a real honour to represent Citroen Racing from 2014. As a rally fan, I have always followed Citroen and Seb’s victorious seasons in WRC with interest. It’s fantastic that a brand with such a terrific record is getting involved in a category where it still has everything to learn.”

Click play below to see the somewhat creative approach that Citroen has taken to introduce the car.