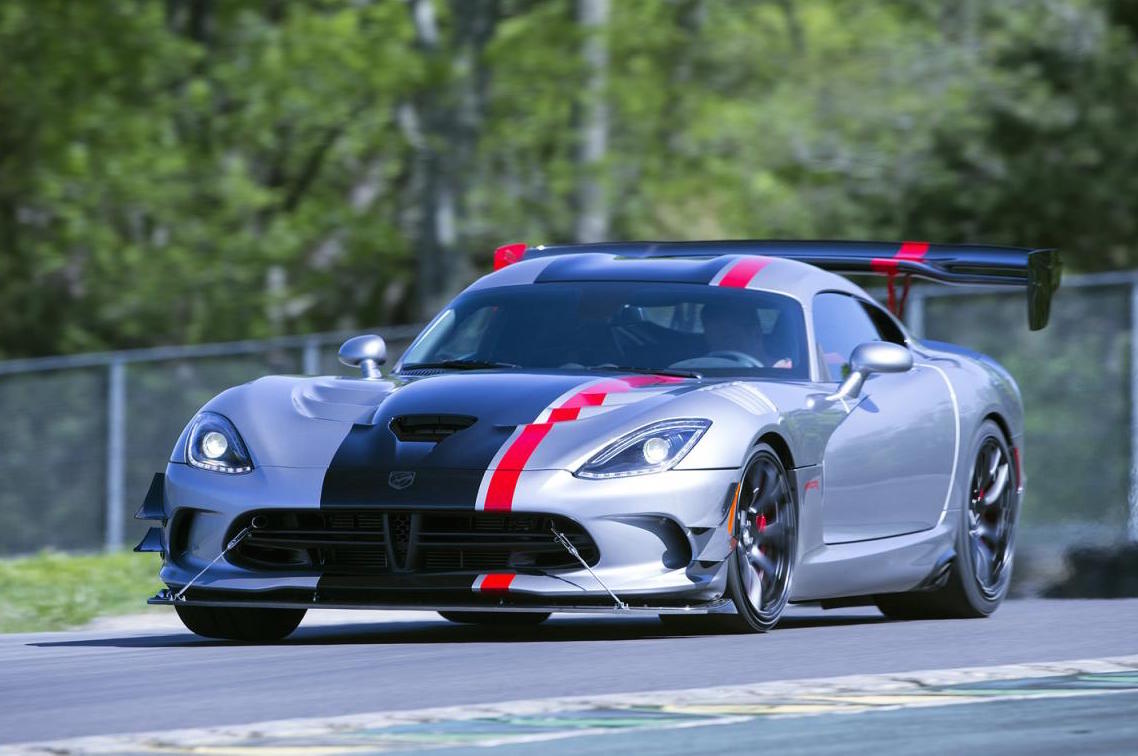 Muscle car fans will be excited to hear Dodge has just unveiled the 2016 Viper ACR racer, also known as the fastest street-legal Viper track car ever made. 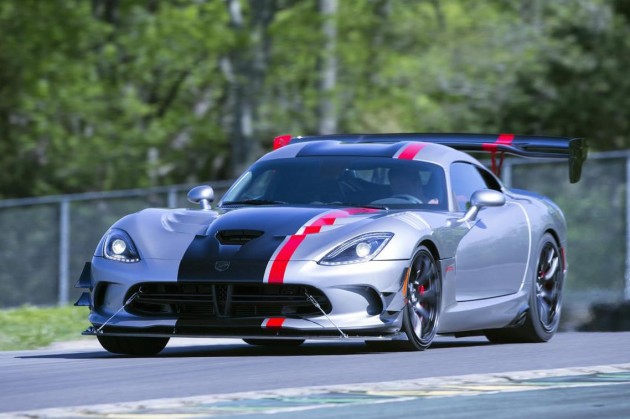 The new American Club Racer comes with an 8.4-litre V10 engine in traditional fashion, producing 480kW of power and a whopping 812Nm of torque. Behind the mighty unit is a six-speed manual transmission.

So, what has Dodge done for the 2016 model? There’s a set of new carbon ceramic brakes with six-piston calipers, as well as uprated high-performance Kumho Ecsta V720 tyres that were specifically designed for the ACR (295/25, 355/30).

Under the car is a race-tuned suspension setup with 10 different settings to choose from, with double-adjustable coilovers using Bilstein dampers. Drivers can also select between a height adjustment range of three inches.

Like the outgoing model, the 2016 ACR is road-legal, which means drivers can drive the car to the track, carve some quick times, and then drive back home again – provided the tyres haven’t expired. Tim Kuniskis, president and CEO at Dodge and SRT, said,

“The Viper has always been more of a street-legal race car than a track-capable streetcar, and the new 2016 Dodge Viper ACR is the fastest street-legal Viper track car ever. Our goal is to arm our enthusiasts with the ultimate Viper track car to dominate road courses around the world.” 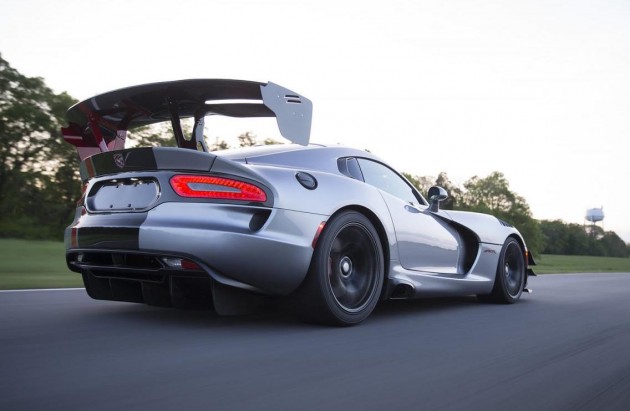 Other highlights include special lightweight carpets, a three-speaker stereo to keep weight down, manual seats, and a comprehensive ACR Extreme Aero Package which can generate almost 500kg of downforce at high speeds.

Dodge hasn’t mentioned any prices for the new model but production will start during the third quarter of this year. Deliveries are expected shortly after.