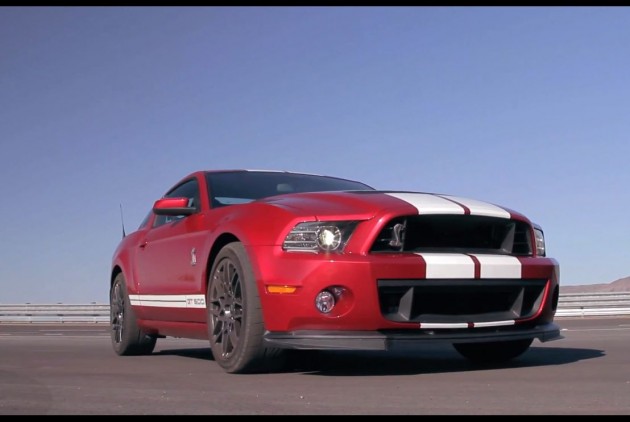 Featuring a new 5.8-litre supercharged V8 engine producing a colossal 494kW of power and 855Nm of torque, the new Shelby also gets a proper six-speed manual transmission. We told you it was a serious piece of work.

Acceleration from 0-60mph (97km/h) is achievable in first gear, which means it’s simply a matter of getting traction and keeping the throttle nailed. If you get it right, the benchmark is reached in the 3.0-second range.

As you’ll see in the video below by Motor Trend in the US, in the real world, 0-60mph comes up in 3.5 seconds, while a quarter-mile is passed in just 11.6 seconds. As for the top speed, Ford claims 200mph. Click play on the video below to see if it can actually reach that speed.

We’ve said it before and we’ll say it again, we hope this engine somehow finds its way into a future Ford FPV GT (HO?) of some kind.