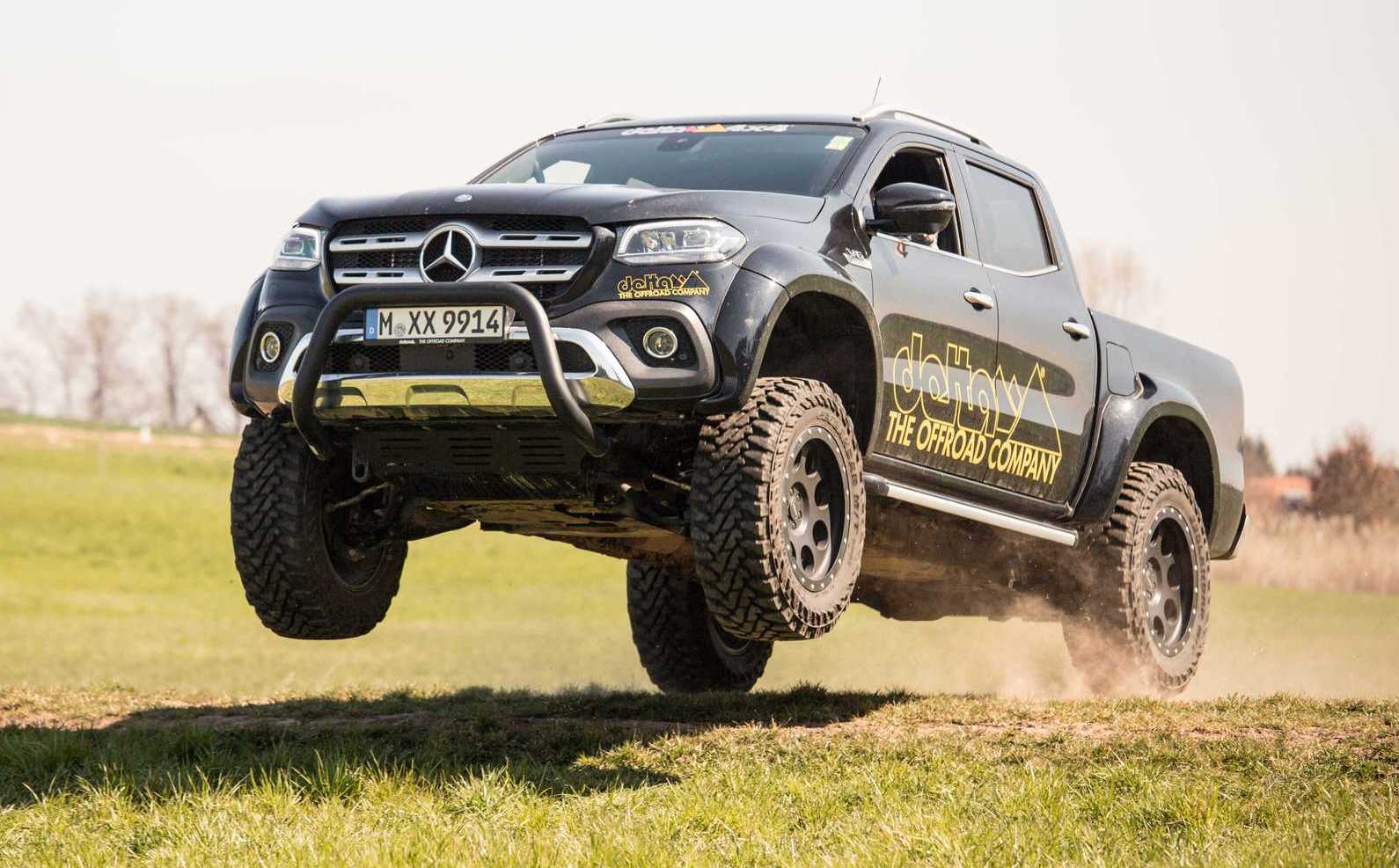 We don’t seem many tuning upgrades for the Mercedes-Benz X-Class, perhaps because there aren’t many X-Class utes around. However, German firm delta4x4 has just finished off a fairly extensive project. 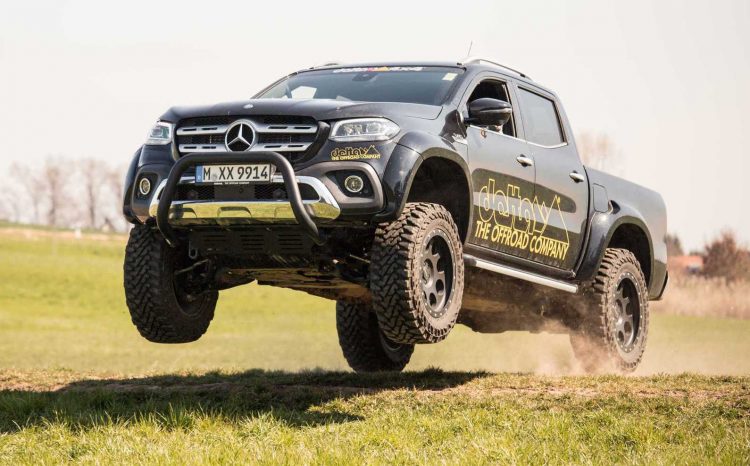 Taking an X350d as a base, delta4x4 has made significant modifications to the suspension, while giving the body some added toughness thanks to a custom stainless steel nudge bar and custom wheel arch flares. The arches add 100mm to the ute’s overall width, and help encompass the chunky wheels.

Speaking of which, delta4x4 offers alloy wheels ranging from 17 inches to 23 inches, with aggressive tyres mounted on. We’re not entirely sure what this project car uses, but the wheels are obviously black and go for that Baja-style off-road-racer hole pattern. 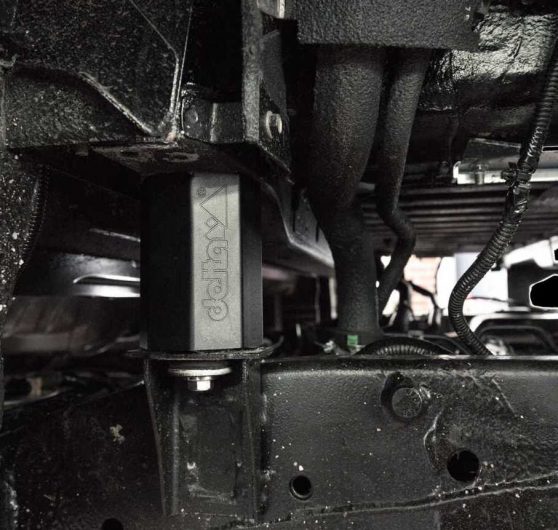 Perhaps the most interesting part of the project is the suspension work. It includes a complete overhaul with coilovers for the front and a custom lift kit to give the X-Class more ground clearance. There’s also more suspension travel to absorb hardcore rough terrain. As delta4x4 is showcasing, the X-Class has no problem catching some air time.

No changes appear to be made under the bonnet, leaving the 3.0-litre turbo-diesel V6 to its own devices. This isn’t necessarily a bad thing though as the V6 is one of the most powerful in this specific class. It produces 190kW and 550Nm, which, according to our timing, is enough to see 0-100km/h done and dusted in a swift 7.63 seconds (see review and video here).

The X-Class might not be around for much longer, as previously reported. Sales numbers aren’t quite what Mercedes was hoping for. However, the X-Class may live on in the used car market as a sought-after model. It will also carry some rarity appeal later down the track, especially if production ends.