A new 2012 Chevrolet Camaro COPO – a dedicated drag racing car from the factory – has run an incredibly quick 8.88-second pass down the quarter mile. The company has previously said the car will run under nine seconds, and now there’s proof. 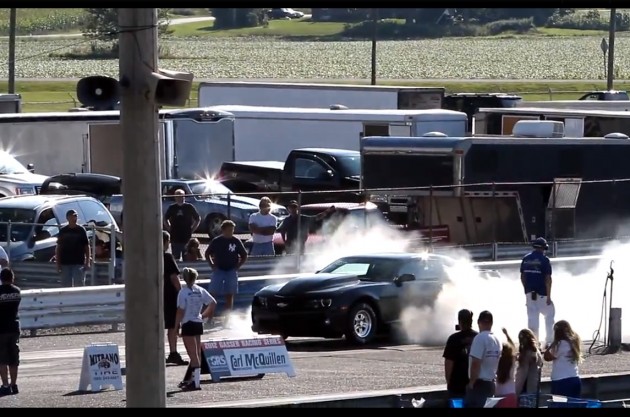 This video is apparently the first eight-second pass to be made in the new model. It blistered down the strip in 8.88 seconds at 142mph (229km/h), without any further modifications other than what it came with from the factory.

All engine packages are matched up to a race-prepared Powerglide two-speed automatic transmission. They all come with a drag racing tyre and wheel setup and a stripped out interior with a roll cage as well. Chevrolet is planning to build just 69 examples.