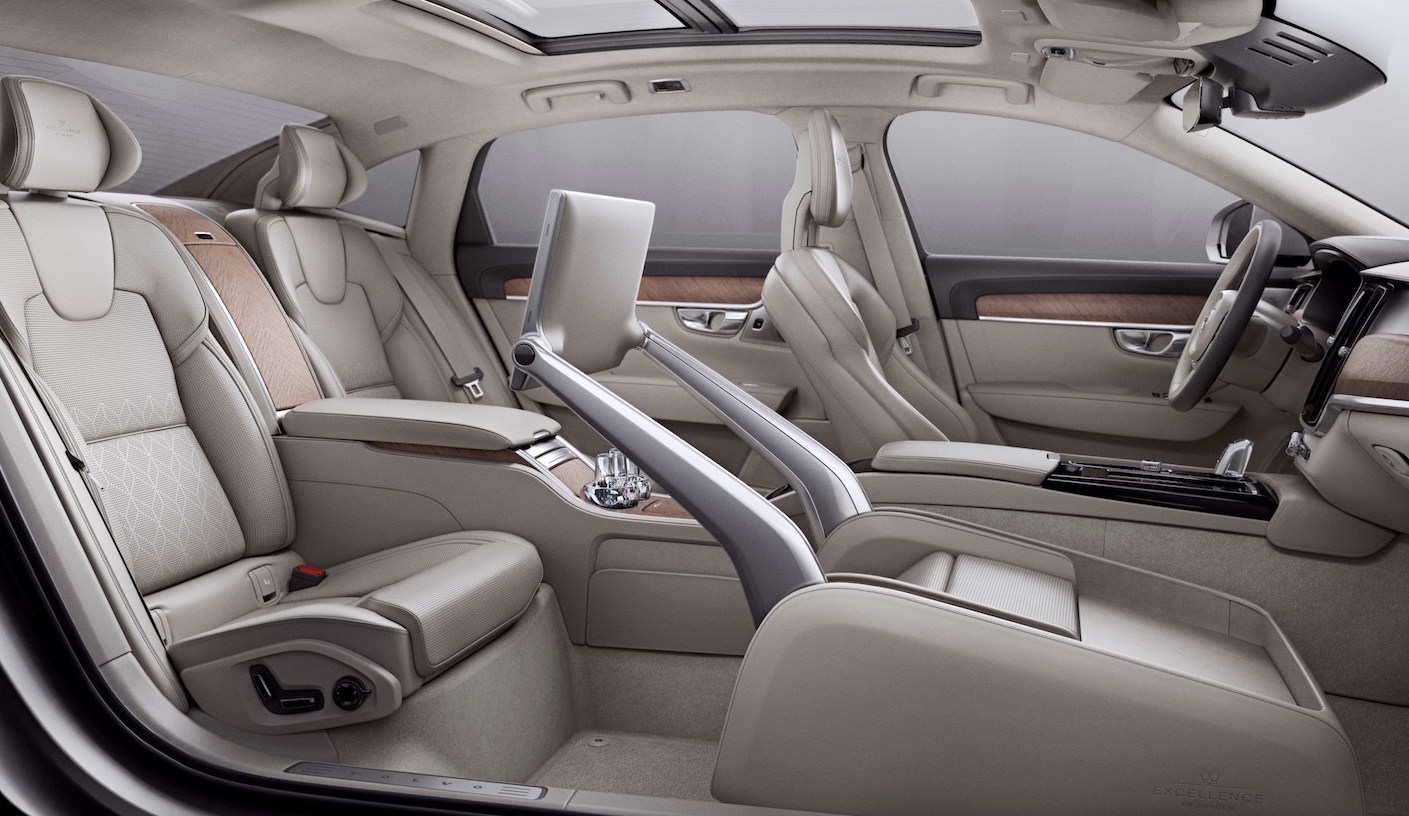 Volvo’s new S90 is an absolute tour-de-force when it comes to safety, autonomous technology and an interior that oozes Scandinavian luxury and simplicity. Our recent review of the S90 D5 labelled it as “blissfully bare and peaceful, decorated with a fine, high-quality set of fixtures,” with “boundless legroom” for rear passengers. That was the highest spec available in Australia: the Inscription. 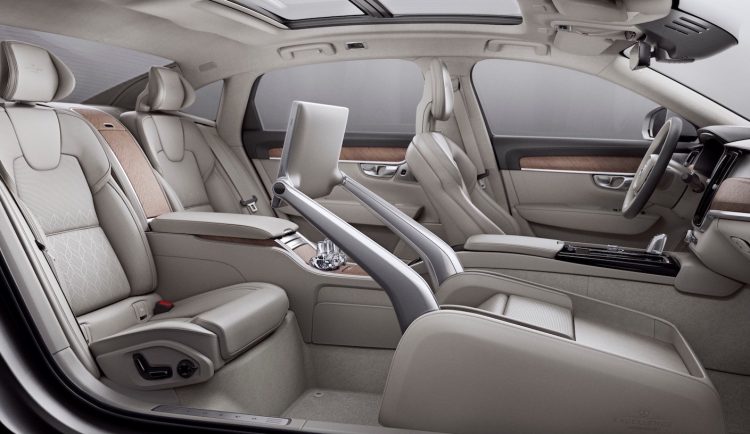 China’s legroom-obsessed business elites get another spec above the Inscription called the Excellence. Every luxury carmaker worth their salt is fielding a long-wheelbase version of their executive cars in China, where affluent buyers prefer to be driven around than drive themselves. Every millimetre of rear legroom is a crucial selling advantage, with many offering every conceivable luxury to the rear passengers, and even an electrically adjustable front passenger seat that moves out of the way.

The Excellence takes that even further by eschewing the passenger seat altogether and putting a shoe compartment and footrest in its stead. There is an electrically adjustable table and a crisp, contemporary tablet for adjusting seat temperature and massage functions. There’s also an elaborate arm that sprouts from the front seat area to present a tablet to the important person in the back.

This clever idea takes the notion of rear passenger comfort to a new extreme, with such a novel and minimalist idea. Do you wish we had the S90 Excellence for sale in Australia?