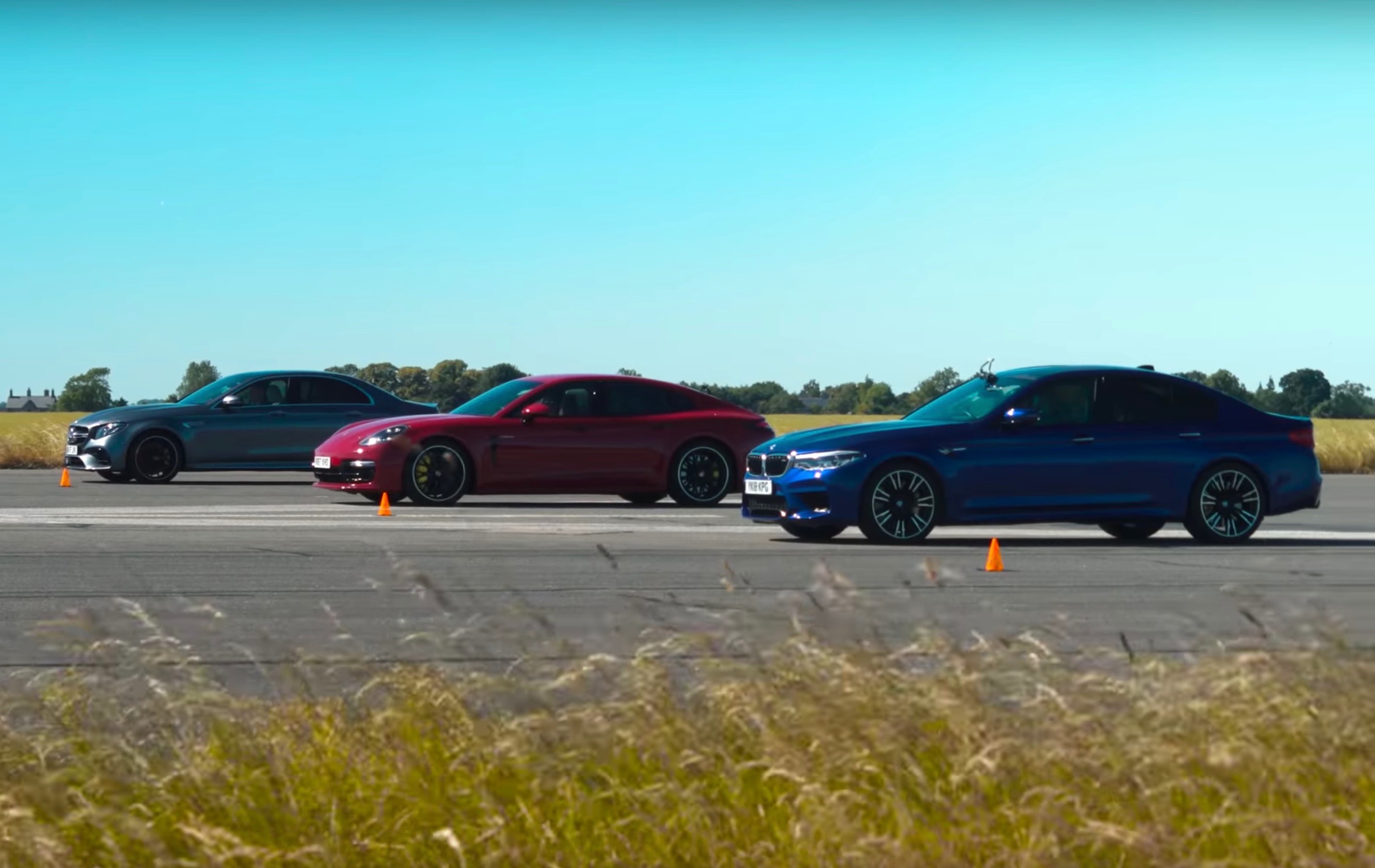 Autocar in the UK has put together a quick drag race between the spanking new BMW M5, the electrifying Porsche Panamera Turbo S E-Hybrid, and the mighty Mercedes-AMG E 63 S. 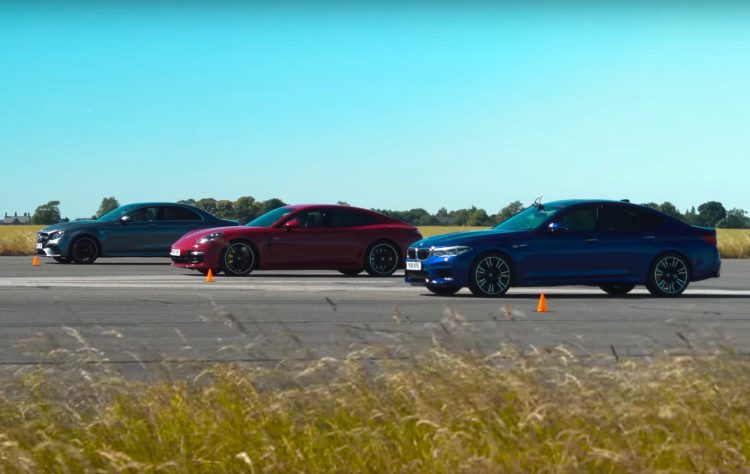 Before you head down and simply click play, let’s quickly go over the main specs of each car. All are large premium sedans, although the Porsche Panamera sits in a class above the others in Australia, according to VFACTS anyway.

In alphabetical order, the new BMW M5 is powered by a 4.0-litre twin-turbo V8 that belts out 441kW of power and 750Nm of torque. This is sent through an eight-speed automatic, and into a switchable all-wheel drive/rear-wheel drive system. BMW claims 0-100km/h happens in 3.4 seconds.

Arch rival Mercedes-Benz has stuffed its E 63 AMG S with a 4.0-litre twin-turbo V8 as well, only it produces 450kW and a whopping 850Nm. Hooked up to a switchable all-wheel drive system and nine-speed automatic, the company claims 0-100km/h happens in 3.4 seconds.

Lastly, the Porsche Panamera. It uses a 4.0-litre twin-turbo V8 as well. But, it’s assisted by an electric motor system, taking power up to a colossal 500kW and 850Nm. This is sent through an eight-speed dual-clutch automatic with all-wheel drive. Porsche claims 0-100km/h comes up in 3.4 seconds as well.

So, which is the fastest in the real world? We’ll give you a hint, it’s the one with the most power. Go figure. Take a look below. It’s interesting to see the gap, and the astonishingly quick quarter mile times that all recorded.