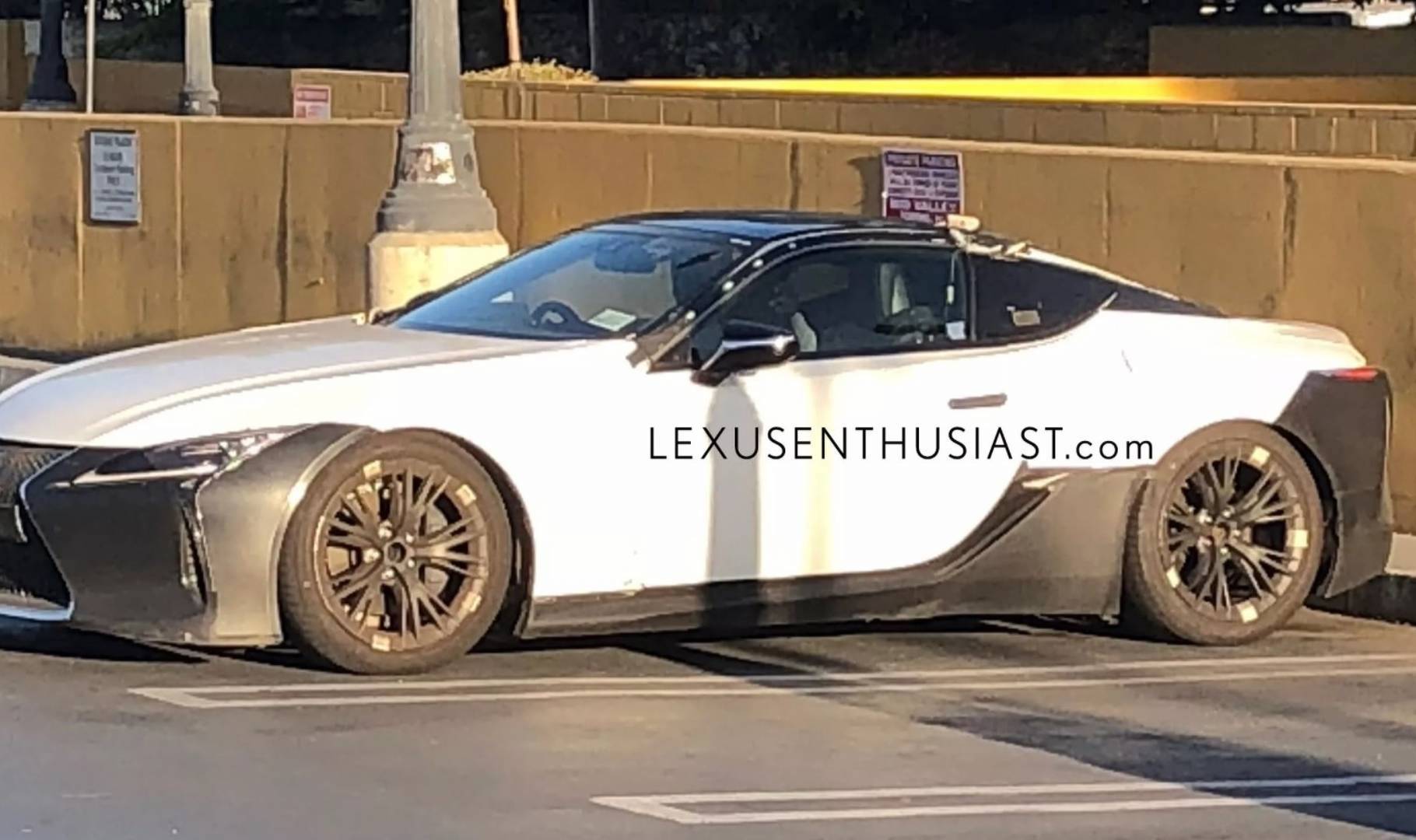 We’ve all been hoping and waiting for Lexus to introduce a high performance version of the stunning new Lexus LC, but now there’s probably the best clue yet that there could be an LC F in the works. 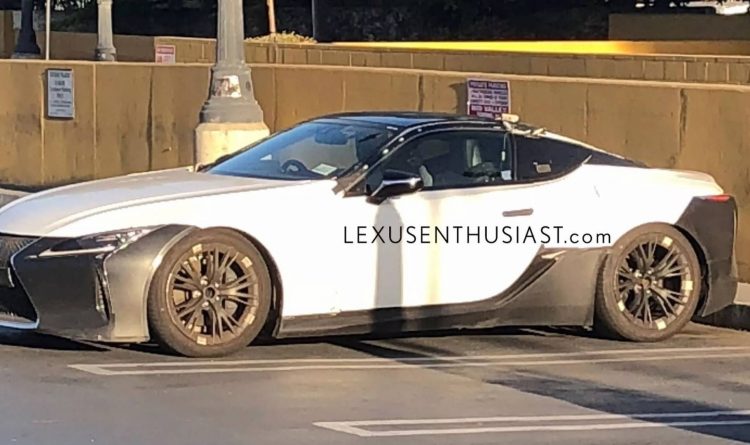 A Lexus LC prototype was spotted in California recently, with images posted up on LexusEnthusiast.com. The prototype has a couple of interesting telltale signs that suggest it could be the LC F version we’ve all be waiting for.

For starters, the prototype is slammed, sitting much lower to the ground than the regular model, potentially indicating a pretty hardcore sports suspension setup underneath. Then if you look through the test alloy wheels to the brakes there appears to be larger calipers than those on the LC 500.

At the front the bumper bar appears to be revised, featuring new intake vents and an updated spindle grille. The entire bumper, as well as the side sill panels and rear bumper appear to have been retrofitted and could potentially be made from carbon fibre on the production model. 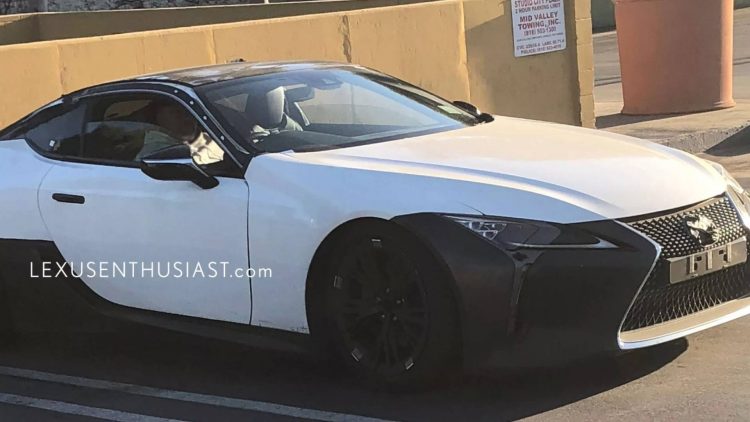 Aside from these little tweaks the prototype looks pretty much the same as the regular model. This isn’t exactly confirmation of the LC F. Lexus could simply be planning a mild facelift for the jaw-dropping coupe, or could be planning an option package or an F Sport trim.

The last we heard Lexus was still evaluating the possibility of a high performance edition though. If there’s any model that deserves the F badge it’s the new LC. It has been a very well received car since it arrived, and we even voted it as our ‘car of the year’ in our Top 10 best cars of 2017 feature.

Rumour has it the LC F could come with a brand new twin-turbo V8 engine producing upwards of 420kW. With some decent weight reduction via more use of carbon fibre, it could come as in one of the quickest and fastest Lexus road cars ever made, even surpassing the much-loved LFA. We’ll have to wait and see. Let’s keep those fingers crossed.