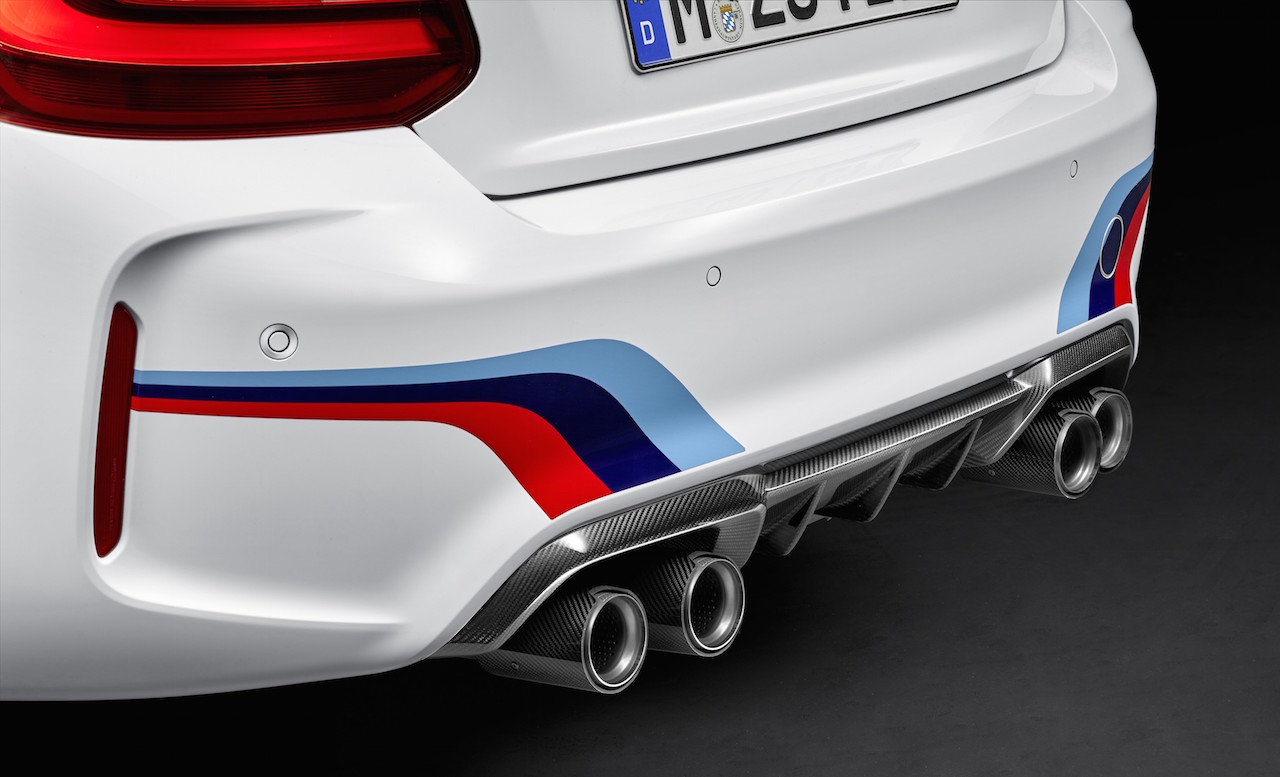 BMW has chosen the 2015 SEMA show to show off the catalogue of M Performance accessories that will be available for the new M2 sports coupe. 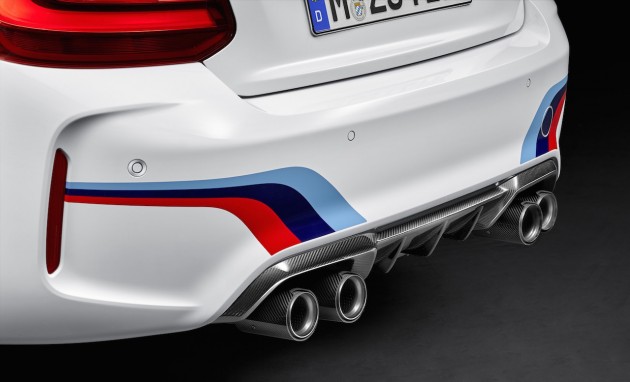 The BMW M2 was only unveiled last month. It’s a bespoke performance version of the 2 Series, completely overhauled by BMW M division. If owners want more though that’s where the M Performance sub-brand comes in.

M Performance has developed a neat carbon fibre aerodynamics package for the M2, including a lip spoiler at the rear, carbon side mirrors, carbon side skirt extensions, and a chunky carbon fibre rear diffuser.

A number of gloss black highlights have also been added, such as the front kidney grilles, grille surrounds, and side grilles behind the front wheels. These match the factory darkened 19-inch alloy wheels. 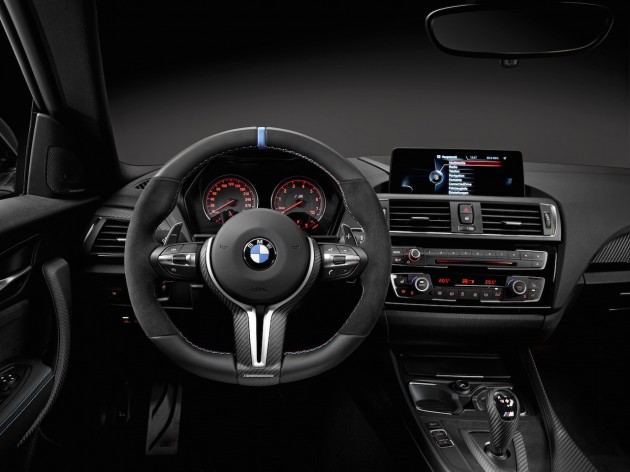 No changes are made to the 272kW 3.0-litre turbo inline six engine, however, buyers will be able to opt for a sports exhaust system with dual modes, and an M Performance suspension setup.

BMW Australia is yet to confirm local prices or even an arrival date for the new M2, but these parts are likely to become available as soon as it arrives on the market.