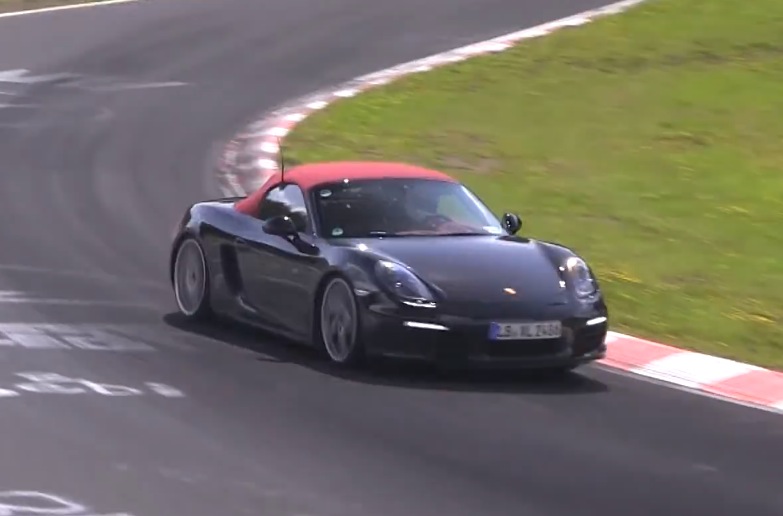 Porsche has been spotted testing a couple of prototypes on the Nurburgring, both potentially featuring the company’s new four-cylinder engine. 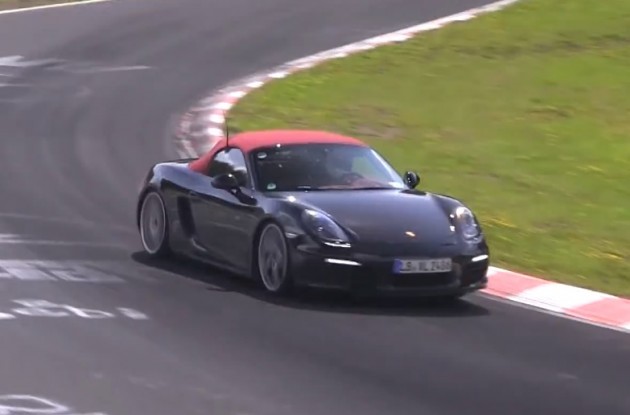 Porsche has confirmed it is working on a four-cylinder engine family, however, it hasn’t said anything about specifications or what models it will be used for. Reports say the engines will be developed for the entry versions of the Boxster and Cayman.

It’s understood Porsche is going for a 1.6-litre unit and a 2.0-litre unit, both equipped with sophisticated direct injection and at least one turbocharger. Power is expected to peak at around 160kW for the 1.6 and around 215kW for the 2.0.

There’s also talk of a flagship 2.5-litre being in the works, which could eventually replace the flagship 3.4-litre flat-six. Using the same technologies as the other flat-fours, we could see figures as high as 270kW and 470Nm. The most powerful Cayman you can get at the moment, the GTS, produces 250kW.

In the video below, provided by TouriClips YouTube channel, the prototypes sounds suspiciously like they are powered by a four-cylinder. While the flat-six has a distinct howl to it, the four seems a little chunkier and throbs faintly. One thing is certain though, they look extremely quick, especially the Boxster at the beginning.

Porsche only released the facelifted Boxster and Cayman a couple of years ago. These engines will probably hit the showroom with the next facelift in a year or so. Click play below and tell us what you think, do they sound like four-cylinders?