BMW has released a video explaining the design and concept behind the BMW 4 Series Coupe unveiled earlier this week. The concept will form the basis of a new production model also called the 4 Series, replacing the 3 Series Coupe/Convertible range. 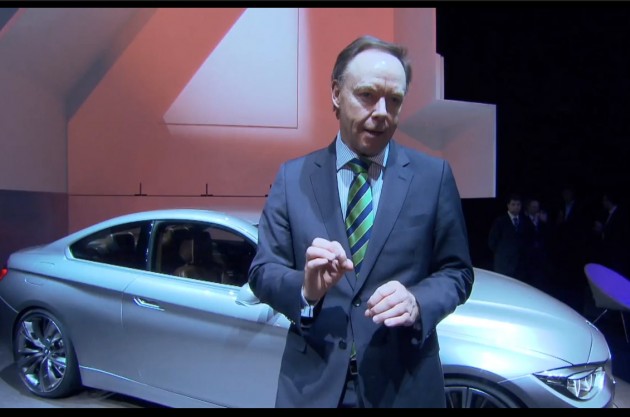 Despite the fact it is a concept car, the new 4 Series/two-door 3 Series will borrow much of its design philosophy from this concept. Standout features include bolstered, almost pumped out rear wheel arches, an aggressive lower front bumper bar, intricate headlights, and the natural smart curves of the 2012 3 Series.

The BMW 4 Series production car is expected to come with a similar range of petrol and diesel engine options as the current 3 Series, including the 320d, 320i, 328i, and 335i. These are all likely to adopt the name ‘420i, 428i’ and so on. A high performance ‘M4’ is also set to be on the way. The M3 badge may be retained for the sedan version only.

Click play below for a quick explanation of the work that has gone into the 4 Series as a concept and as a road car. The new model is set to go on sale later in 2013.