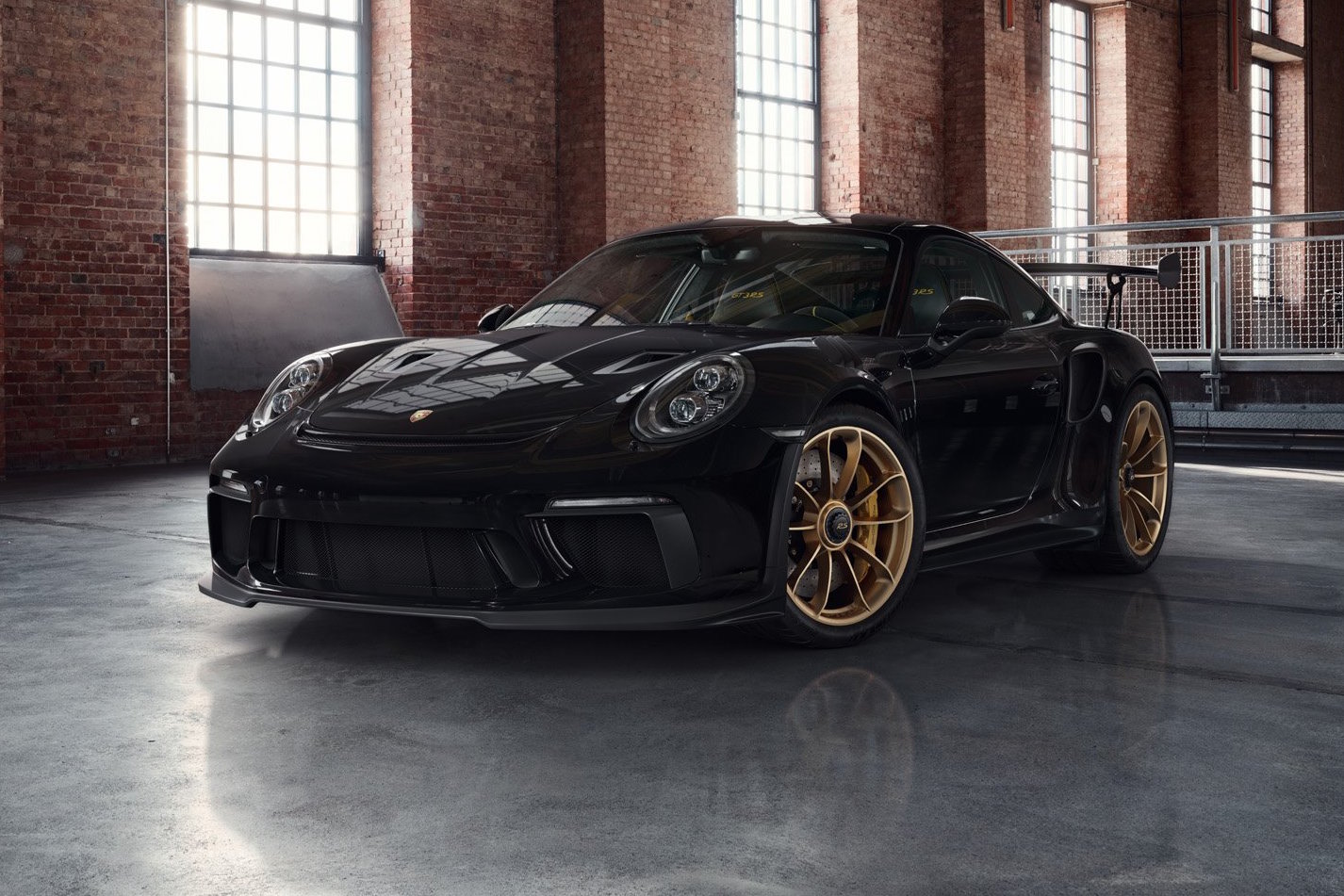 Porsche has revealed a unique special edition of the new GT3 RS, devised by the Porsche Exclusive department. It showcases a range of unique highlights and trimmings. 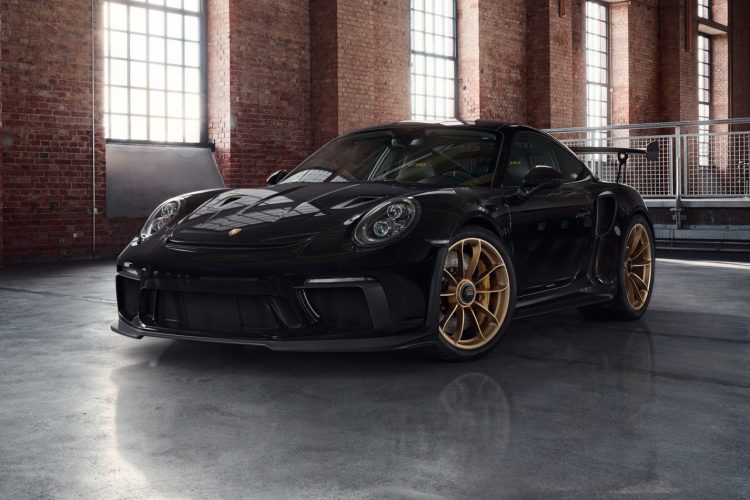 From the outside you might notice the set of centre-lock wheels painted in gold satin aurum. These contrast well with the jet black body colour but are perhaps thrown off a little bit by the yellow-painted brake calipers hiding behind.

Moving into the interior you’ll notice matching gold seat belts, gold stitching for the Alcantara trim, including on the steering wheel, and a cool rally-like gold stripe for the 12 o’clock position on the steering wheel. The Porsche crest is also embossed on the centre console lid. Other than these enhancements the GT3 RS is pretty much as standard.

Power comes from a 4.0-litre naturally aspirated flat-six engine that produces 383kW, making it the most powerful naturally aspirated six Porsche has ever made for a road car. Across the 0-100km/h sprint, the clock stops in a claimed 3.2 seconds, with a top speed of 312km/h. 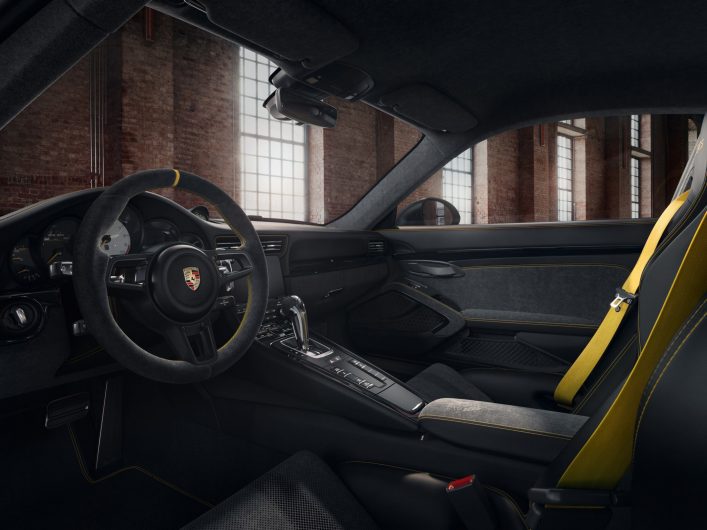 The GT3 RS is the most hardcore track-ready 911 Porsche offers, except for the GT2 RS which is just insane. So, as no surprise, the car comes with some very aggressive aero enhancements including a huge rear wing, bonnet vents, big engine intakes in the sides, and a deep front chin spoiler and intake system.

In Australia the updated model retails from $416,500, with deliveries set to commence in the final quarter of this year. Prices for this Exclusive package aren’t detailed, but we’d say don’t expect much change from adding another $50,000 or so to the bill.