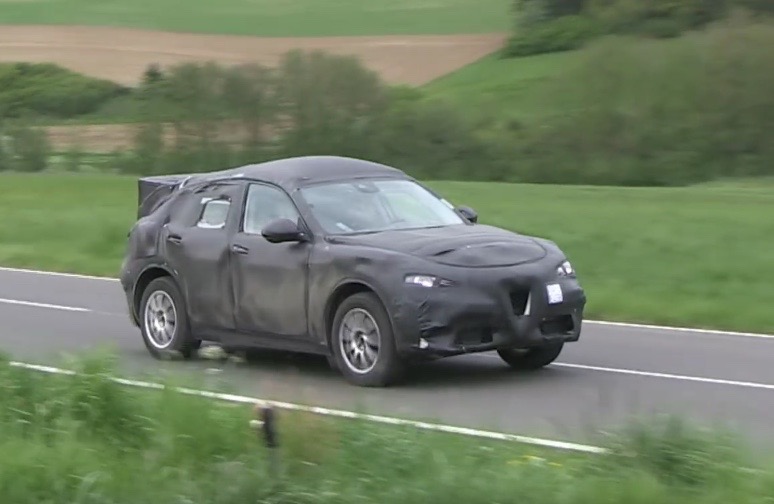 Fiat Chrysler Automobiles has been spotted test driving a prototype version of the all-new Alfa Romeo Stelvio SUV out on public roads in Germany. This will be Alfa’s first-ever SUV. 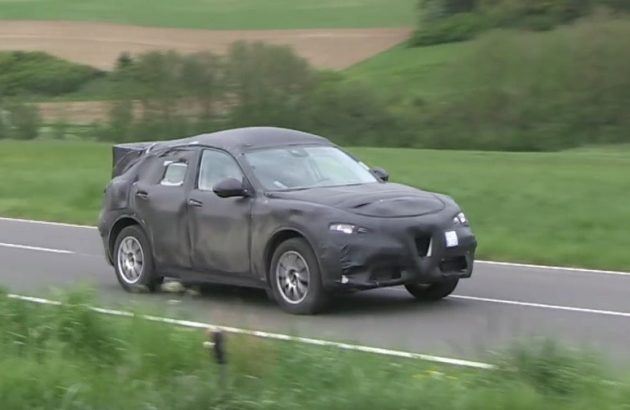 The prototype is heavily clad in black sheeting to conceal its design, however, we do get a decent preview of its overall size and proportions. It will compete in the popular small-medium premium segment, along side vehicles like the Lexus NX.

Underneath it all is the same new platform found under the Giulia mid-size sedan. As such, it is likely to adopt a similar design language as the Giulia sedan, with Alfa’s typically stylish cues and sexy curves making up the body.

Engine options will probably be mimicked from the Giulia as well, with a wide variety of JTDm turbo-diesel and turbo-petrol four-cylinder units on hand. These are set to be matched to either a six-speed manual or seven-speed dual-clutch auto.

There’s even speak of a hot ‘QV’ variant joining the ranks, potentially borrowing the same mental 2.9-litre twin-turbo V6 from the Giulia QV. In the sedan the Ferrari-developed engine unleashes 375kW and 600Nm.

It’s unknown at this stage just how much development focus is being spent on the off road side of things. We expect it will be more of a soft-roader than an off-roader, with some fancy driving modes promising diverse abilities across unsealed terrains.

More details are expected to be revealed at the motor show in Paris in October – who knows, maybe we’ll be shown a concept version? Check out the quick video below in the meantime for a preview.