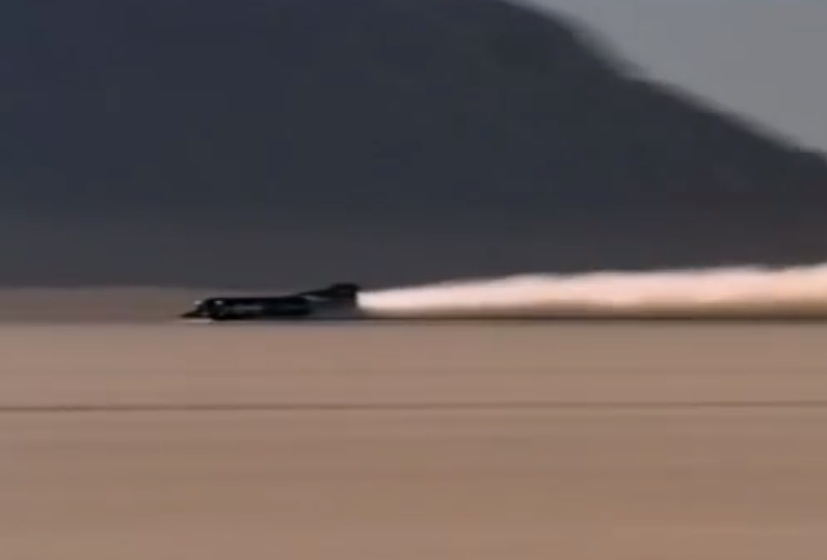 What’s the fastest car in the world? It might not be a ‘car’ per se, but this is it. The Thrust SSC. It was exactly 17 years ago, yesterday, that it belted along some dirt in Nevada, hitting an eyeball-tearing 1228km/h. Remarkably, the world record still stands today. 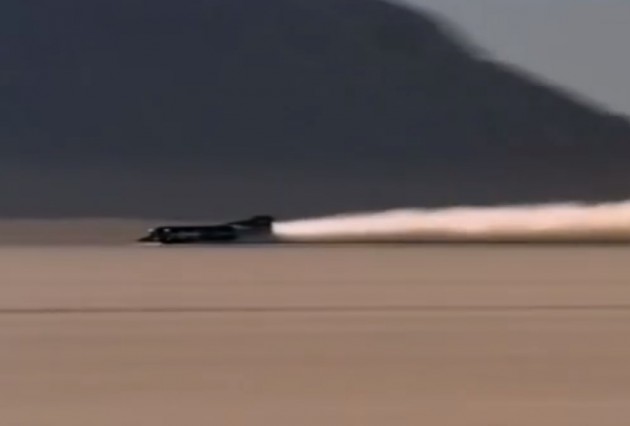 The contraption was piloted by a mad man named Andy Green who obviously had no concept of fear or life, or death for that matter. He usually spent his days as a British pilot, so he was obviously used to experiencing high speeds. Even still, 1228km/h is faster than the speed of sound, and it was achieved just inches from the ground.

To reach the velocity the SSC used two Rolls-Royce jet engines that made about 110,000hp, or 82,060kW. This is around the power of three hundred and four Holden V8 Commodores put together.

Obviously no ordinary Dunlops were used, or your average 18-inch alloy wheels. Instead, it had special forged aluminium wheels running on high-strength bearings capable of withstanding the heat and friction of 8500rpm.

Although we missed the official anniversary by one day, we thought we’d post the video of the rocket-like run for you so we can all re-live the astonishing record achievement. At around 0:34 into the video you can hear the sonic boom as the SSC breaks the sound barrier.