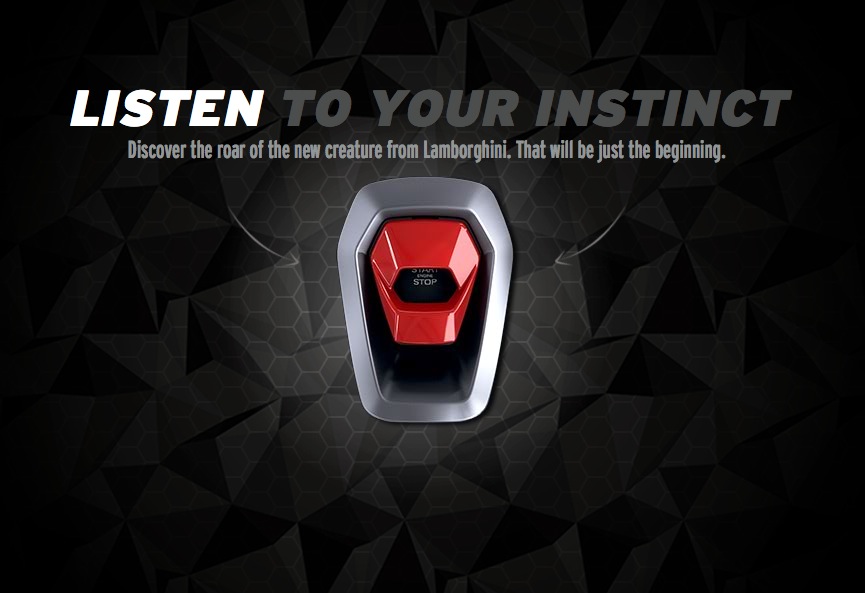 The first teaser of the new Lamborghini Gallardo replacement has been released, but instead of the usual less-than-revealing snapshot or blurry image, the company has decided to go with a full micro website. 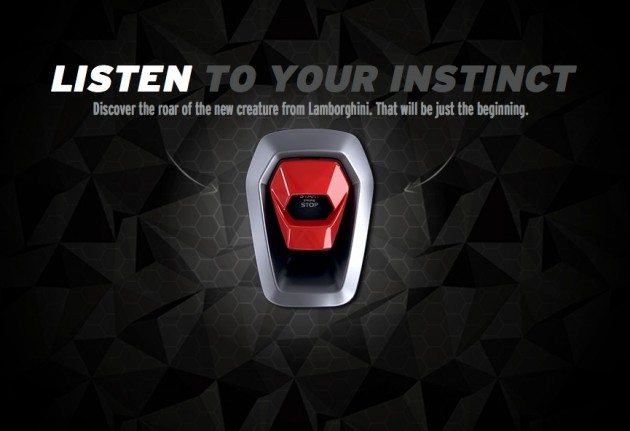 Heading over to hexagonproject.com, viewers are encouraged to ‘listen to your instinct’ by clicking the start button. This translates into a preview sound of the new model.

Lamborghini is yet to announce its name, however, the industry is pretty much convinced it will be called the ‘Cabrera’. The company simply says, “discover the roar of the new creature from Lamborghini. That will be just the beginning”.

Prototypes of the Cabrera have been spotted out and about, revealing some of the body styling. And it looks like it will follow in the footsteps left by the Aventador, with an aggressively tapered rear end and a short, sharp and low front end.

As far as we know power will come from a V10 engine, slightly tweaked from the 5.2-litre unit used in the outgoing Gallardo, with output sitting at around the 450kW mark.

With a teaser like this being released, we anticipate a full unveiling to take place in the near future. Stay tuned for more details.