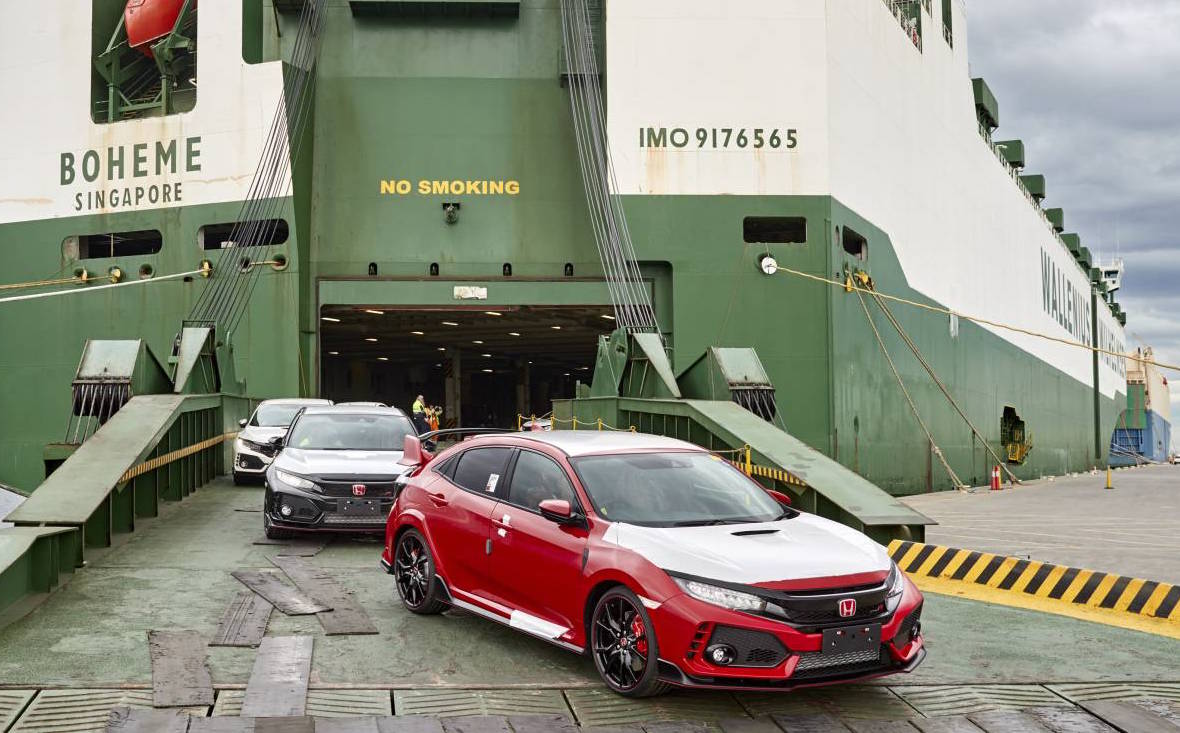 Hot hatch and VTEC fans get excited. The 2018 Honda Civic Type R has arrived in Australia, with the first examples driving off the ship in Port Melbourne over the weekend. 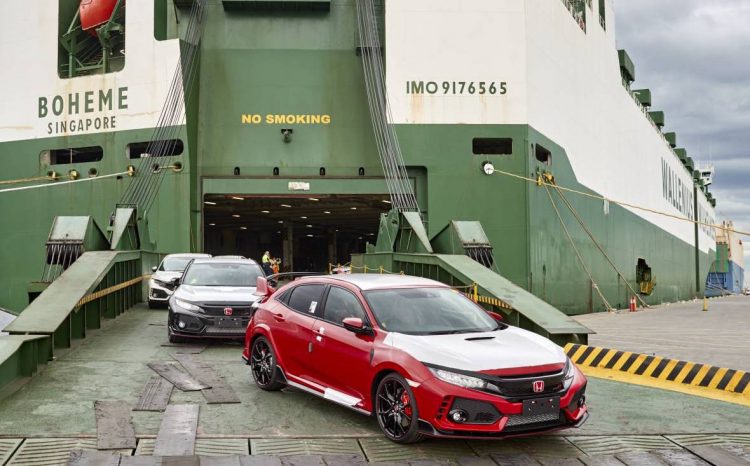 Around 60 customer cars arrived, with the first to touch Australian soil being a Rally Red example. This model is set to be the official media vehicle over the coming months. The rest will be transported to South Australia, Victoria, and Northern Territory for their owners to take delivery.

Honda Australia says more than 400 examples are scheduled to arrive here by the end of the year, ready to fulfil high demand the new model experienced since it was first unveiled. Needless to say, the new Civic Type R is expected to be a very popular hot hatch in Australia. Honda Australia director Stephen Collins said:

“Since the Civic Type R prototype was unveiled at the Paris Motor Show last year, the anticipation surrounding Honda’s next-generation high-performance hot hatch has continued to build, so it’s incredibly exciting to have the first cars here now and it won’t be long until we’ll start to see them out on the road.”

As we already know, the new Civic Type R comes with a 2.0-litre turbo VTEC motor producing 228kW at 6500rpm and 400Nm between 2500-4500rpm. It’s channelled through a six-speed close-ratio manual transmission and front-wheel drive system, with automatic rev-matching capability. The performance has already been accredited via a Nurburgring lap record for a front-wheel drive production car.

Fuel economy on the combined cycle is rated at 8.8L/100km, with a tare weight of 1365kg helping to see 0-100km/h done and dusted in 5.7 seconds. According to the specs, the engine requires 95 RON fuel at minimum, and the car comes with a five-year/unlimited kilometre warranty.

In Australia the new model will be offered in one variant grade. Some of the highlight standard features include adaptive dampers with three driving modes, Brembo brakes, 20-inch alloy wheels wearing 245/30 tyres, and a range of driver-assist technologies. Prices kick off from $50,990 (excluding on-roads). 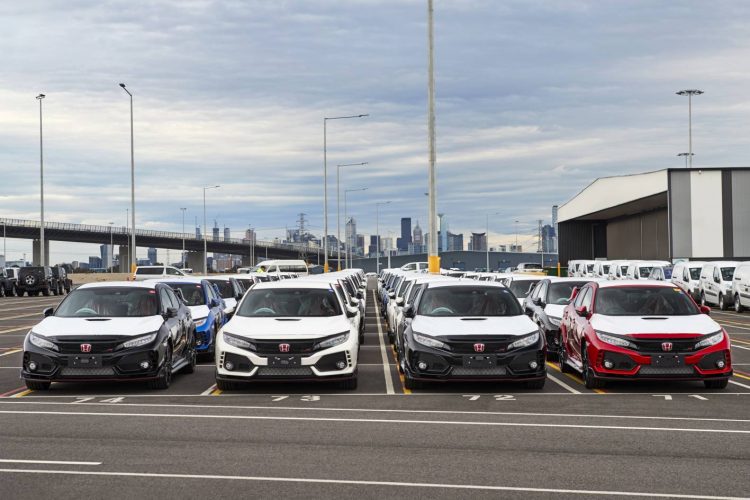