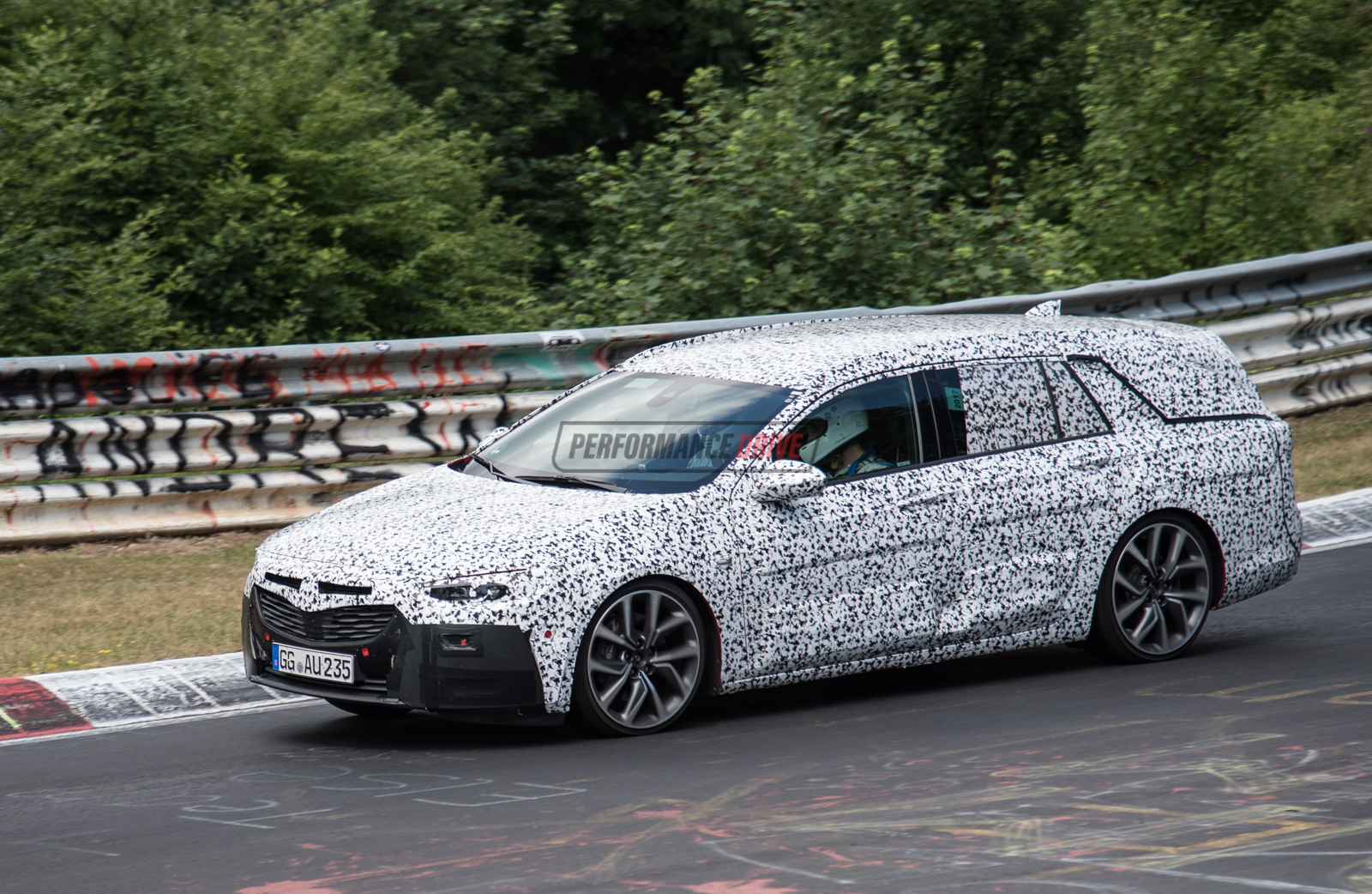 Opel has been spotted test driving a prototype version of what appears to be the new Insignia OPC performance model, in wagon form for the first time. This could make its way to Australia and become a 2018 Commodore ‘VXR’, of sorts. 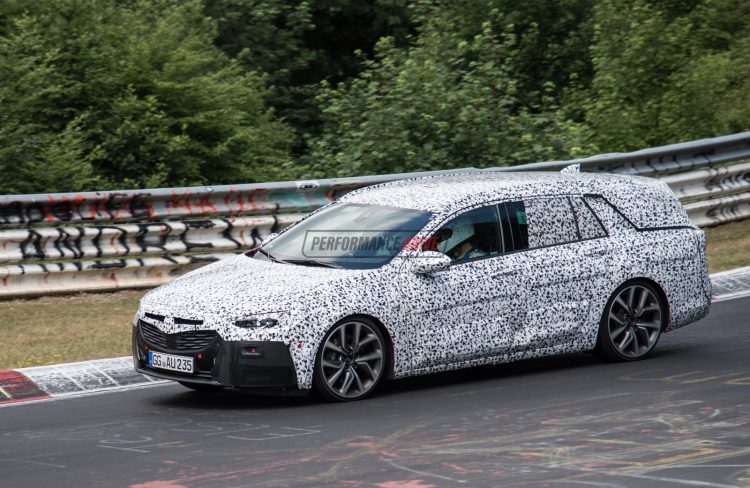 We know the 2018 Commodore will be based on the 2017 Opel/Vauxhall Insignia, and we recently had confirmation from Holden that the SS nameplate will not live on. Therefor, it would seem reasonable that if Holden was going to introduce a performance variant it would be based on the Insignia OPC as spied here.

The prototype was spotted by us a bit over a week ago at the Nurburgring. It only did a few quick laps (hence our relatively poor quality, last minute photos) before hiding back away at GM’s development facility right near the track. Interestingly, this is the first time the OPC wagon has been spotted (as far as we know). In Australia the outgoing ‘Holden’ Insignia VXR is only available in sedan form.

On first impressions the prototype doesn’t look all that racy. But if you take a look at the finer details it soon becomes evident this is the OPC/VXR version. The wheels, for one, are unique 20-inch items. Meanwhile the brakes are clearly multi-piston items with Brembo calipers. Brembo brakes are optional on the regular Insignia Grand Sport, but they look bigger here, especially at the rear axle. 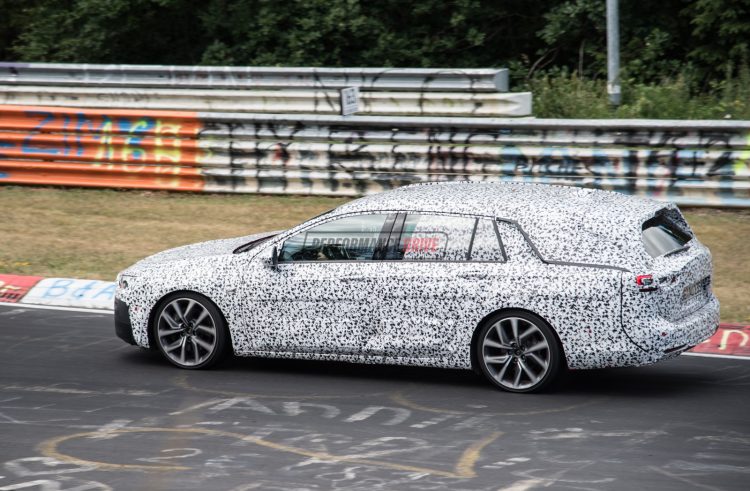 This prototype also seems to be wearing a rather large rear spoiler feature on the tailgate. It’s unclear if this is simply put on the prototype as a means of disguise or if it is actually a spoiler destined for the production version. At the front there are two fake bumper bar pieces on the corners that conceal any potential bodykit elements or big intakes behind.

As for the under-bonnet hardware? It’s too early to know for sure. Industry speculation suggests it will turn away from the 2.8-litre turbocharged V6 petrol, found in the outgoing OPC/VXR. Instead, we might be welcoming a supercharged four-cylinder unit. This might be reserved for the European versions though, while here in Australia we’ll likely get a 3.6-litre V6.

Either way, all is expected to be revealed at the upcoming Frankfurt motor show taking place in September. We’ll keep you updated with anything further that we hear.