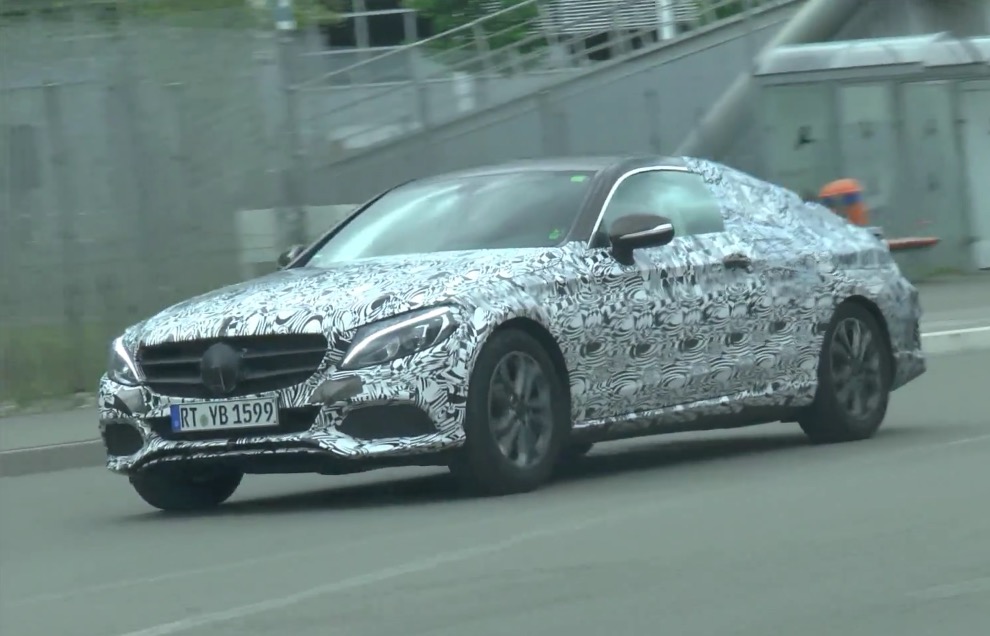 A prototype version of the 2016 Mercedes-Benz C-Class Coupe has been spotted in Germany, taking on the new C-Class shape. 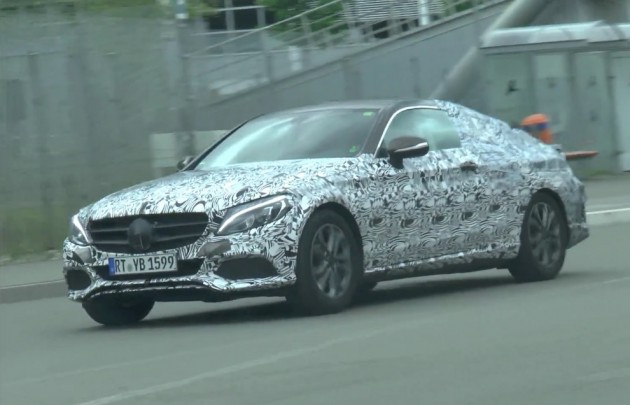 While the new C-Class sedan and wagon have been on sale for a while now, the C-Class Coupe  currently on the market is the old version which uses the previous styling.

The prototype features a fresh design, incorporating a two-tier grille layout at the front, new slimmer and wider headlights topped with LEDs, and more defined body lines down the sides.

Underneath, the two-door is set to feature Mercedes’s MRA platform which is seen on the current sedan and wagon. With this we can expect improved handling and agility, and potentially a lighter kerb weight.

In terms of engine specs, the new C-Class Coupe is set to come with a similar lineup of engines offered in the sedan. The highlight of the lot will be the C 450 AMG Sport, which uses a 3.0-litre twin-turbo V6 producing 270kW and 517Nm.

Official market entry details are yet to be confirmed, however, it’s believed a proper unveiling will take place at the Frankfurt Motor Show in September. For performance enthusiasts, the next AMG V8 version is expected next year.