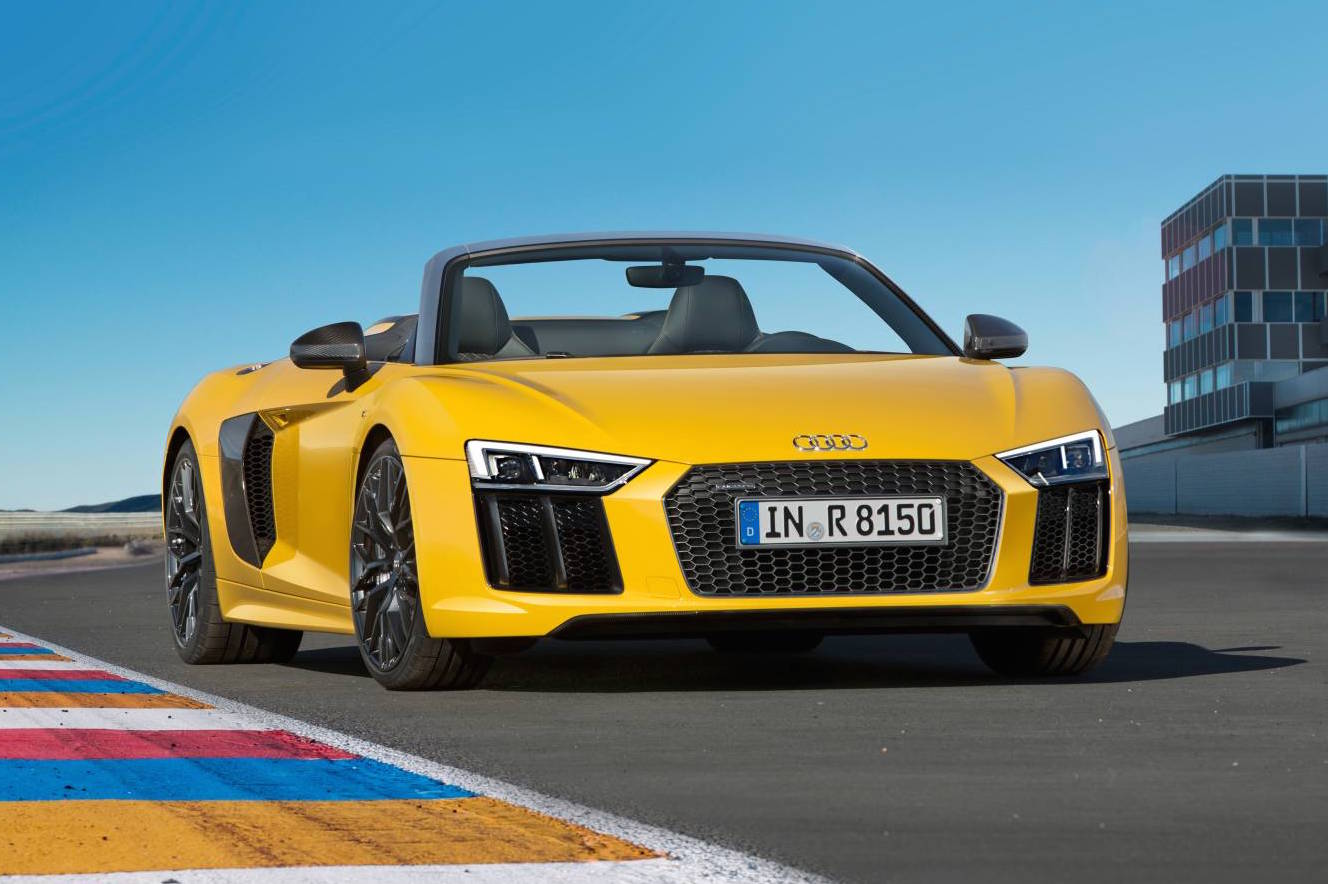 Arriving just in time for the northern hemisphere summer, Audi has unveiled the stunning 2017 R8 Spyder V10 at the New York Auto Show. 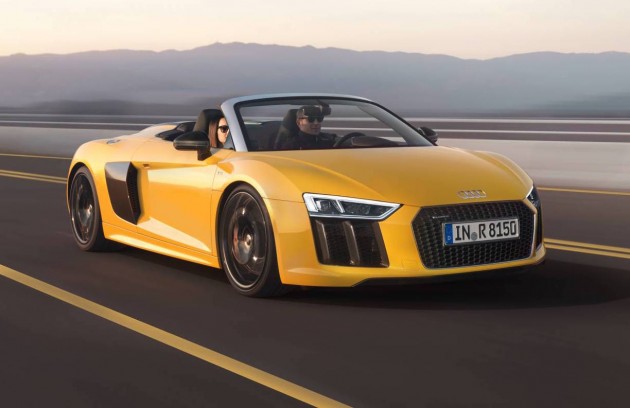 Based on the new R8 supercar, the Spyder version is, as you probably expected, the drop-top version. It features a lightweight cloth roof which is operated via an electro-hydraulic mechanism that can open and close in around 20 seconds and at speeds up to 50km/h.

This setup is allows the supercar to remain as light as possible, tipping the scales at 1612kg dry (outgoing model has a tare weight of 1745kg). It rides on Audi’s Aluminium Space Frame (ASF) which is made from a combination of aluminium (79.6 per cent) and carbon fibre.

As as result, the body weighs just 208kg and offers a 50 per cent increase in torsional rigidity over the outgoing Spyder. This contributes to a more accurate and engaging driving feel. 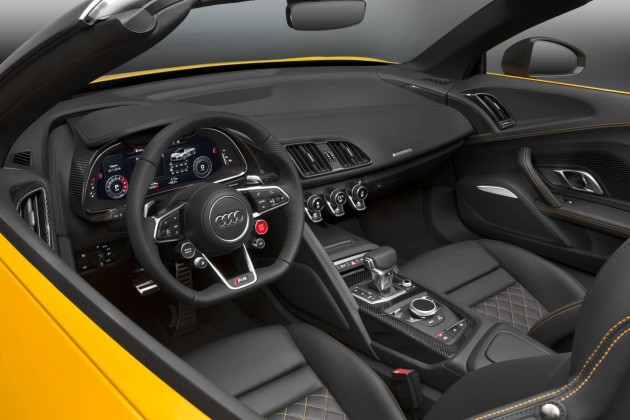 Fuel economy is rated at 11.7L/100km, down from 13.3L/100km in the outgoing 386kW version. Part of the improvement in efficiency comes from the revised seven-speed dual-clutch transmission and quattro system, and a new freewheeling function that essentially decouples the engine during coasting.

Inside, it’s all business class with precision-made instruments and fine attention to detail. A 12.3-inch virtual cockpit faces the driver, which houses everything from the car’s dials to the on-board entertainment. This leaves the dash fascia with a clean, clutter-free design.

Audi Australia has confirmed the new R8 Spyder will join local showrooms in the first half of 2017. Prices and local specifications will be announced closer to its launch.