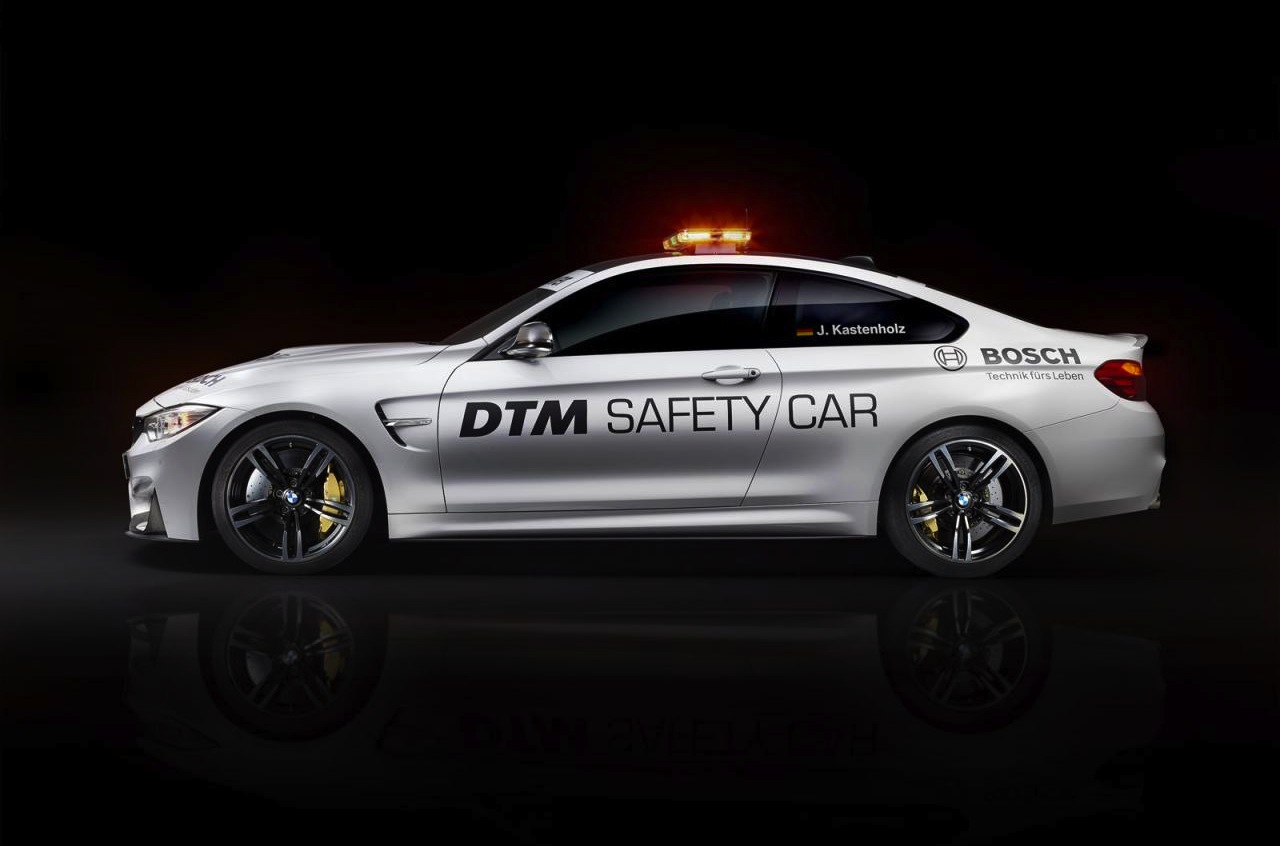 BMW has revealed the new BMW M4 DTM safety car. It looks awesome with the LED flashing lights on the roof, and in white. Adding more appeal, the car is kitted out with a full suite of M Performance accessories. 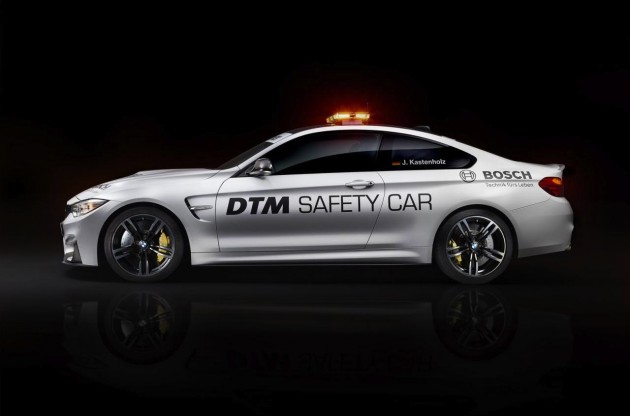 BMW M Performance parts can be optioned on pretty much all showroom models. In most cases, there’s a range of carbon fibre exterior trimmings and spoilers to add distinctive sportiness. As is the case with this M4.

At the front we get a preview of the M Performance carbon fibre splitter system and side intakes that will no doubt be available for the production version later this year, as well as carbon side mirrors and side skirts.

The emergency car also comes with a black front grille, a carbon fibre diffuser and lip spoiler at the back, and a full titanium exhaust system. 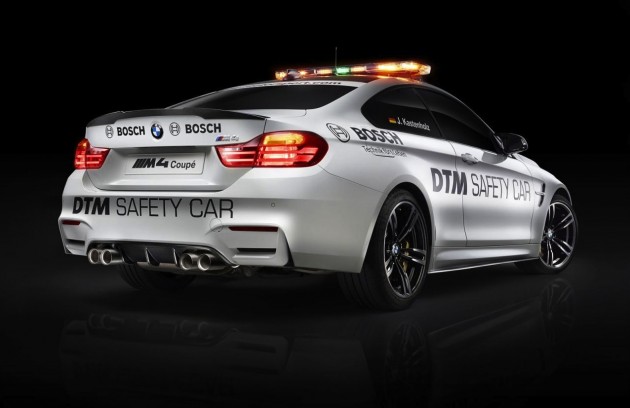 The modifications don’t stop there either, there’s also an aftermarket KW coilover suspension kit to make the M4 even more suitable for the track, as well as a special fuel pump system for overseas transport, a main electrical switch, and a fire extinguisher.

Inside the standard leather sports seats have been removed and replaced with a set of racing Recaro bucket seats, with the rear seats removed altogether. Personnel are strapped in with Schroth harnesses and are protected by a roll cage.

With all these mods anybody would think it’s joining the grid and going racing as well.

Under the bonnet the standard 3.0-litre twin-turbo inline six is untouched. It produces 316kW of power and 550Nm of torque.

The BMW 2 Series range is expanding in Australia with the introduction of the 230i variant. It joins the existing...