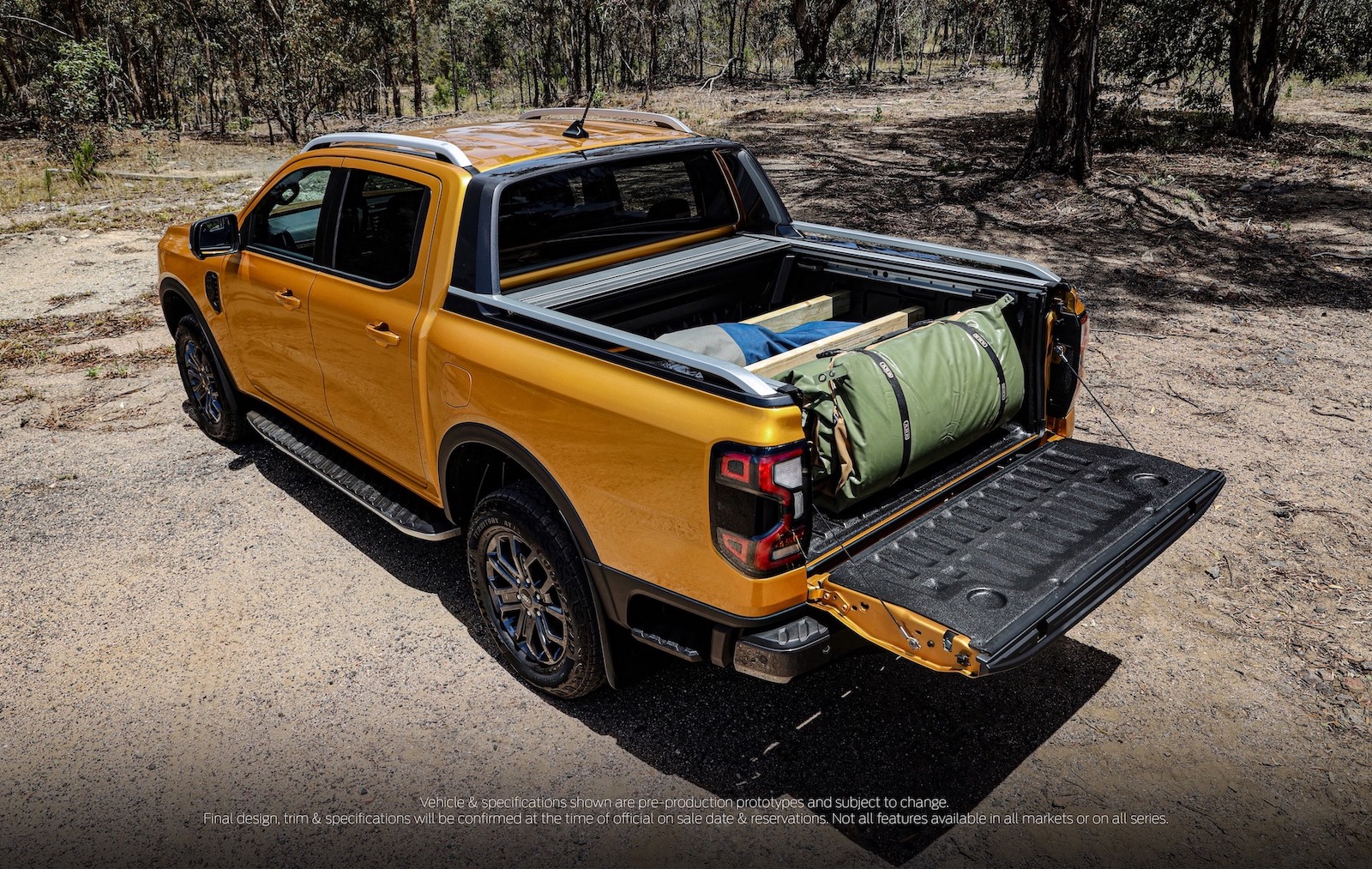 Ford has lifted the lid, or shall we say the tray, on what we can expect to see from the 2022 Ranger cargo area and flexibility, for the purpose of both work and play. 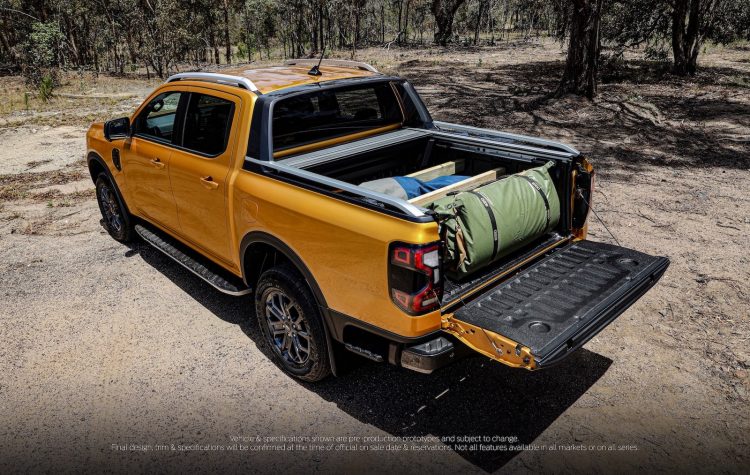 As Ford continues to stir up excitement for the arrival of the next-gen ute, the company is leveraging what it says is best-in-class volume in the rear tray, hoping to out-do its fierce competition.

The company says that the next-gen Ranger will have a cargo box rated at 1233 litres thanks to 50mm of additional width, offering a total length varying from 1544mm to 2305mm, depending on the variant.

That makes even the smallest Ranger capable of squeezing a standard 1200mm by 800mm pallet in the rear, with just under 300mm to spare. 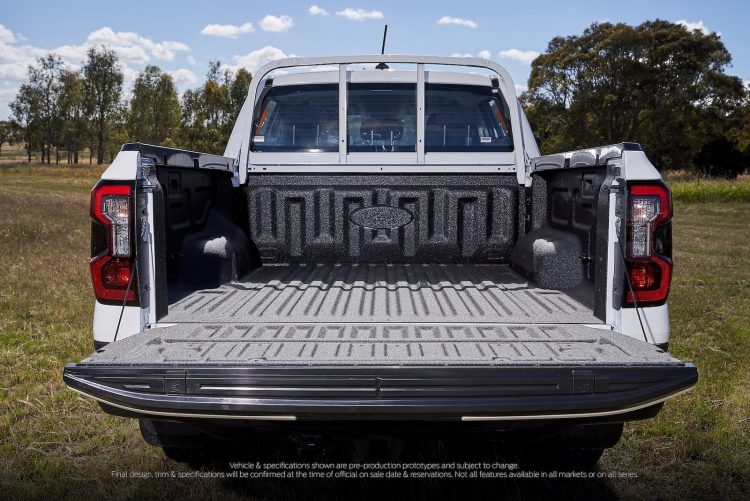 The tray will also feature a series of six tie-down points, and external tie-down rails for ropes and ratchets in base models, while Wildtrak variants receive aluminium rails along the cargo box.

Ford will make spray-in tubliners available for most Ranger variants, with others receiving a drop-in tray liner that Ford says will be easy to clean and holds cargo more effectively. Rangers will be available with a powered rolling shutter that features mounting points for bikes, kayaks and camping gear.

The drop-down tailgate will be capable of doubling as a workbench, featuring a pair of clamp pockets to secure timber or other building materials, as well as a built-in ruler and steps for easy access to the tray. 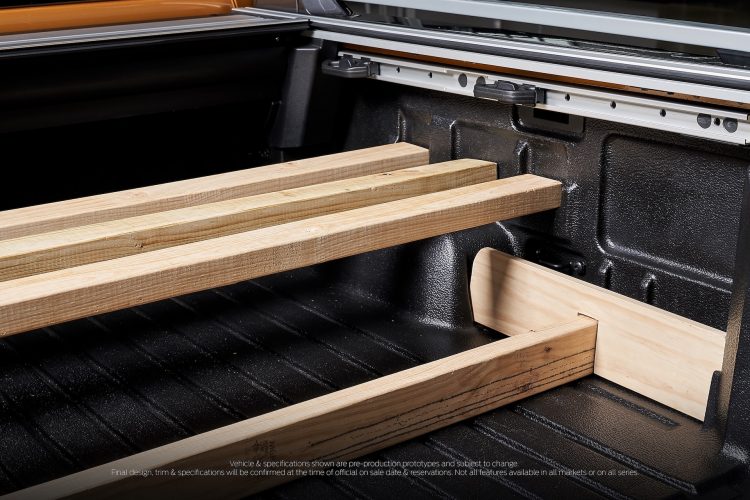 The company says that the 2022 Ranger will also receive ‘zone lighting’, which provides a source of light all around the vehicle that can be controlled via Ford’s app to illuminate key areas while working or relaxing.

For those planning on camping or operating power tools, the team at Ford has allowed enough space in the engine bay for a dual battery setup to be easily installed. Ford has also confirmed that the roof’s load limits stand at 350kg while stationary, dropping to 85kg while on the move.

Inside the cabin, there will be additional storage underneath the rear seats, which can also be dropped down to accommodate bulky items. 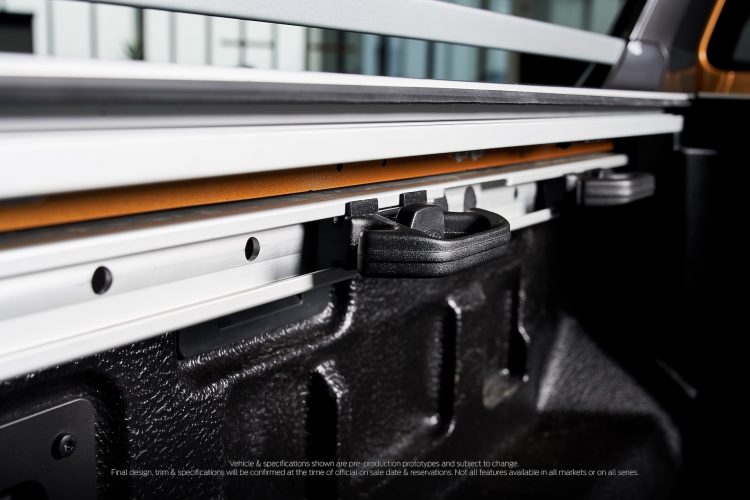 Ford has also announced a new partnership with off-road accessories expert, ARB, with plans to offer up to 600 accessories for the Ranger around the globe. Here in Australia, we’re expected to receive about 150 accessory options.

While Ford Australia is yet to confirm any powertrain or pricing details for the new model, we do know it does debut a 3.0-litre turbo-diesel V6 overseas in some variants. It is scheduled to hit local dealerships in the middle of 2022.