Mercedes-Benz and AMG have been spotted testing a prototype version of the upcoming 2013 Mercedes-Benz A45 AMG on the Nurburgring in Germany. The new model will be the first ever AMG hot hatch, ready to rival the likes of the Audi RS 3 and the upcoming BMW M135i. 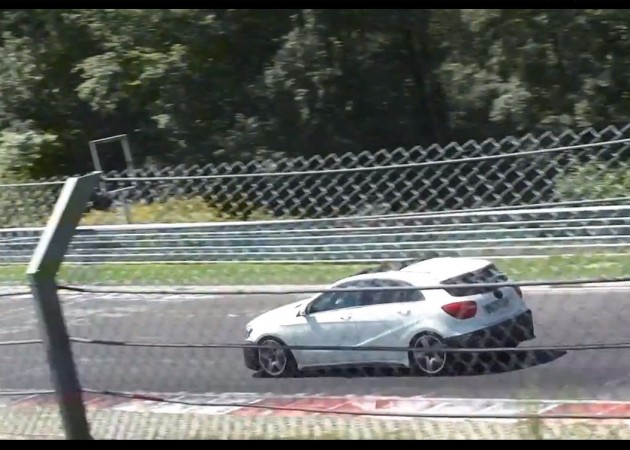 This is the first time we’ve seen a prototype being driven hard around the famous testing facility. Although little is revealed in the video, you do get a bit of a taste of what the new model will sound like.

The A45 AMG will be powered by a 2.0-litre turbocharged four-cylinder engine producing around 246kW of power, and well over 400Nm of torque. The grunt will be channelled through an all-wheel drive system after going through a seven-speed automatic transmission to allow the hatch to make best use of all that power.

Like other AMG models in the showroom lineup, the A45 AMG will be a dedicated performance model. It’s likely to come with a luxurious yet sporty interior with bucket seats, as well as tuned suspension and a serious set of brakes.

As you can see in the video below, the A45 will also showcase a bodykit of some degree, evident by the grey disguised bumper bars on this particular prototype.

The new model is expected to go on sale in Australia late in 2013. Click play below to take a look.