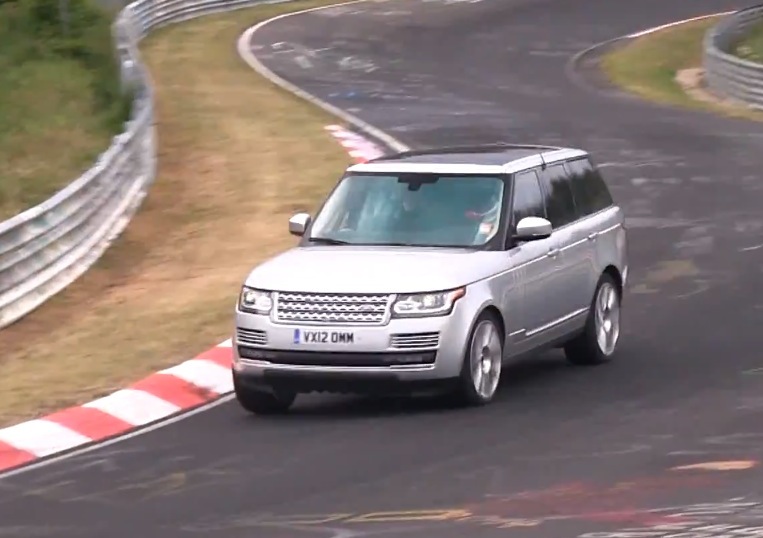 Land Rover has been spotted undertaking some final testing at the Nurburgring in the just-unveiled 2015 Range Rover luxury SUV. It’s believed the company is running some final checks on the updated powertrain. 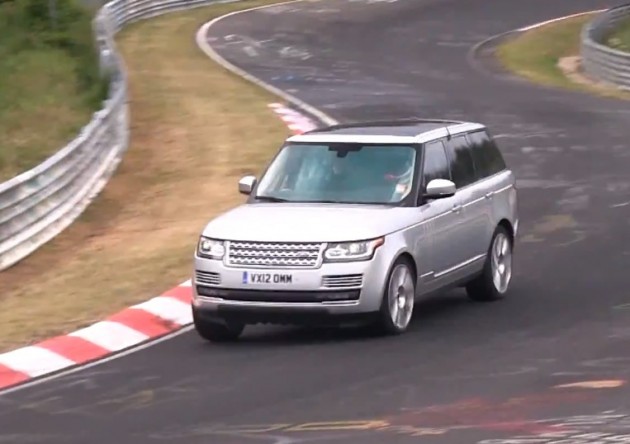 The new model has only received minor updates, chief among which is the revised SDV8 4.4-litre twin-turbo-diesel V8 engine. It gets a 40Nm boost in torque, resulting in a whopping 740Nm.

This is a serious amount of oomph, so Land Rover engineers are adapting an updated version of the ZF eight-speed automatic transmission, called the 8HP70, to cope with the additional forces.

Despite the lift in torque the fuel consumption figures are unchanged from the 2013-2014 SDV8 model. Land Rover is obviously now doing everything it can to make sure it all runs smoothly.

Another prototype (same colour, different number plate) in the video sounds like it features the company’s 5.0-litre supercharged V8. Could Land Rover be testing the high-output unit we first saw in the Range Rover Sport SVR concept from the Goodwood Festival?

Either way, the test drivers seem like they are pushing the big beasts around quite aggressively. Click play below to take a look.