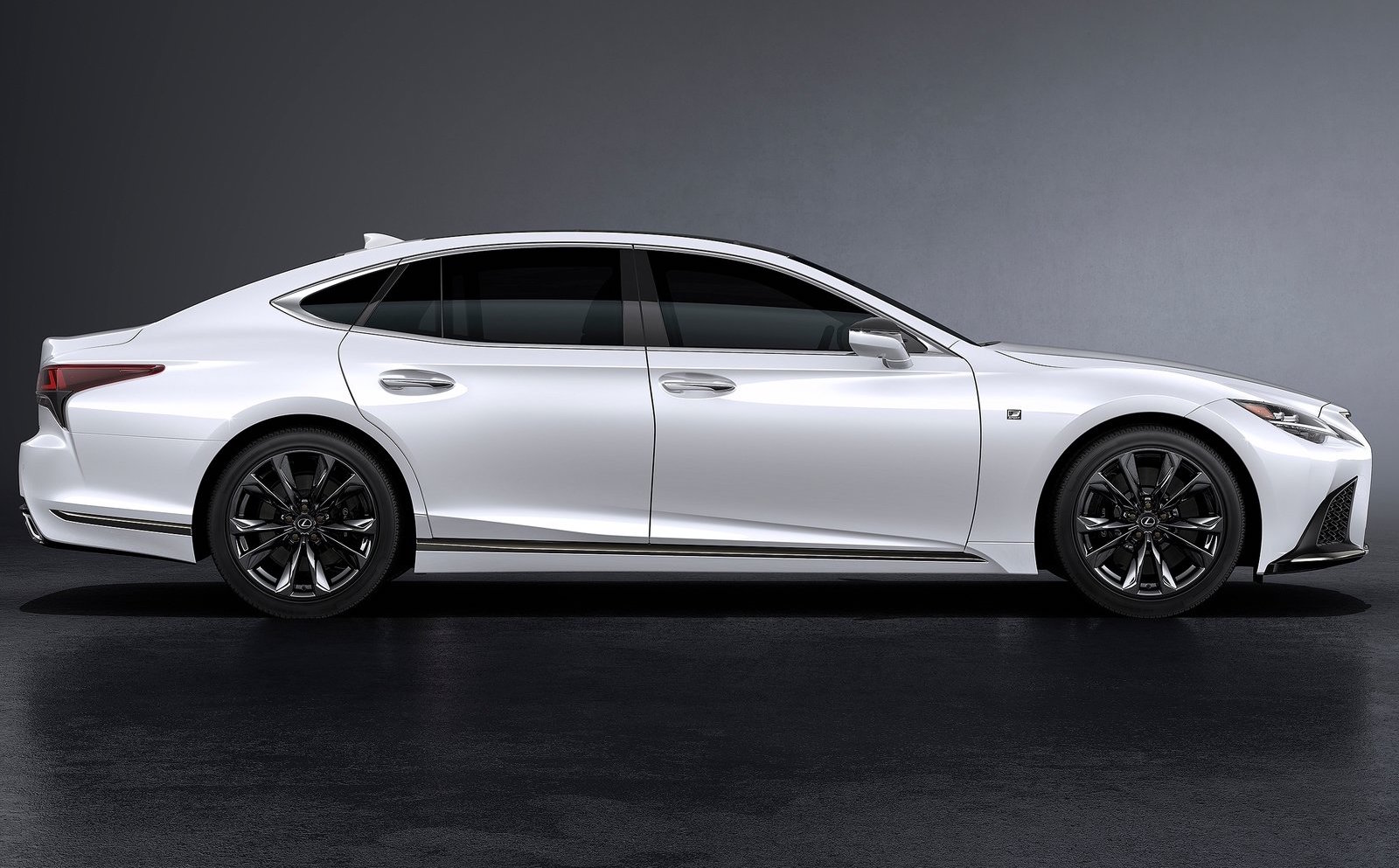 The Lexus LS flagship sedan has come in for a mild update as part of the model year 2021 rollout. It brings in some minor design changes, big technology upgrades, and finer quality interior elements. Some chassis hardware revisions are also applied. 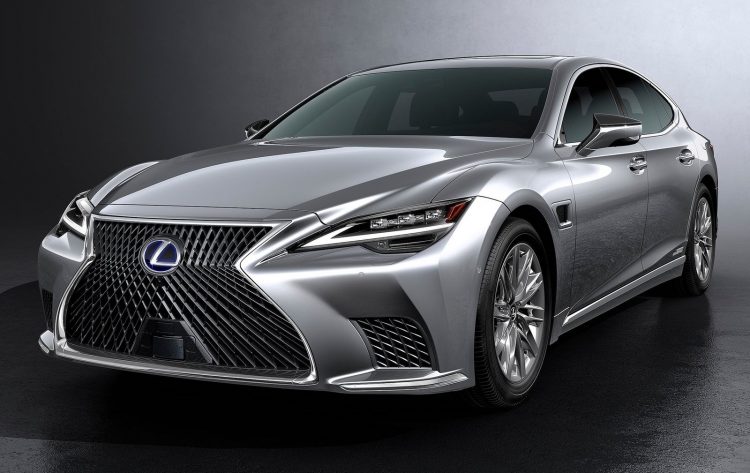 Starting with the design, the current LS is already one of the most striking to look at. The fact that most of the German rivals are fairly conservative obviously works in Lexus’s favour. But for the 2021 model designers have made some tweaks. For example, the chrome trim for the taillights has been swapped to a new piano black trim, and the front grille mesh is now dark metallic for a classier look. For the F Sport version the front grille now wraps further around to provide a wider overall stance.

Also new for the exterior is the introduction of a new paint colour called Gin-ei Luster. The special silver paint is applied using what’s called a Sonic Method, which essentially means the paint is condensed in volume. More aluminium flakes are embedded into the surface, in other words. It also includes a new aluminium evaporation coating. As a result, the finish is very smooth and mirror-like, with sparkles reflected from the highlights and depth provided by deep shadows, Lexus says. 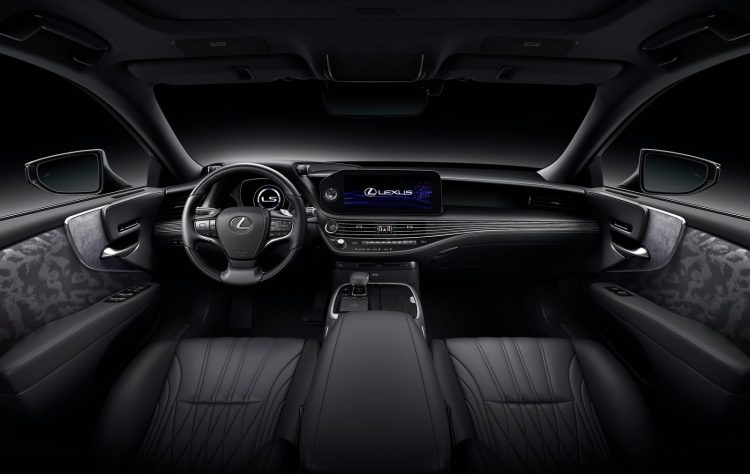 Inside, buyers can option for a new ornamentation in Nishijin & Haku, which translates from Japanese to mean ‘metal leaf’. And as you can see above, the trim features unique leaf-like patterns that sparkle and shimmer for a relaxing, moonlit-like atmosphere.

Perhaps the biggest news of all is the introduction of Lexus Teammate. This is a new level of autonomous-like driving functionality. Thanks to a range of on-board sensors and cameras the system is able to assist the driver in recognising and judging traffic conditions. It can autonomously help keep the vehicle in its lane, maintain a safe distance with the car in front and behind, change lanes and overtake other vehicles, and adaptively cruise on highways. 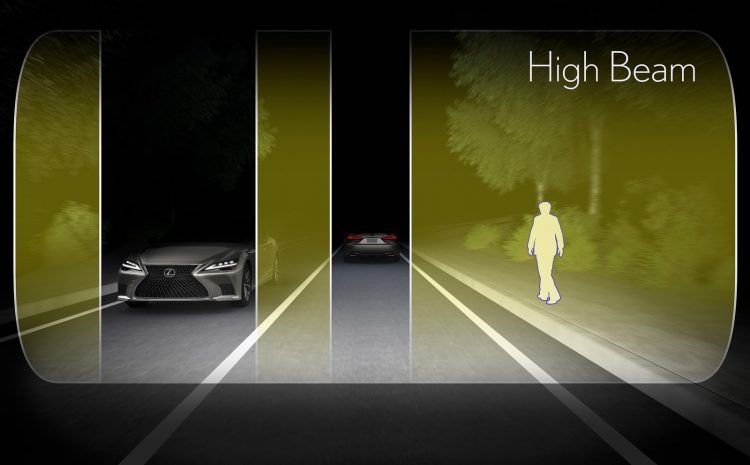 A new BladeScan adaptive high-beam system has been added as well, first introduced on the latest Lexus RX. The LED-sourced light shines on a blade mirror that spins at high speed, and is transferred to a lens which then illuminates the road ahead. The rotation effect does not appear, but the beam can be spread further and wider, and even divided, providing light in dark areas such as the side of the road or in between cars.

Some revisions have been administered to the Adaptive Variable Suspension system, with a new solenoid reducing damping force. The stabiliser bars have been optimised for better performance, and the engine mount damping characteristics are updated for reduced vibration. 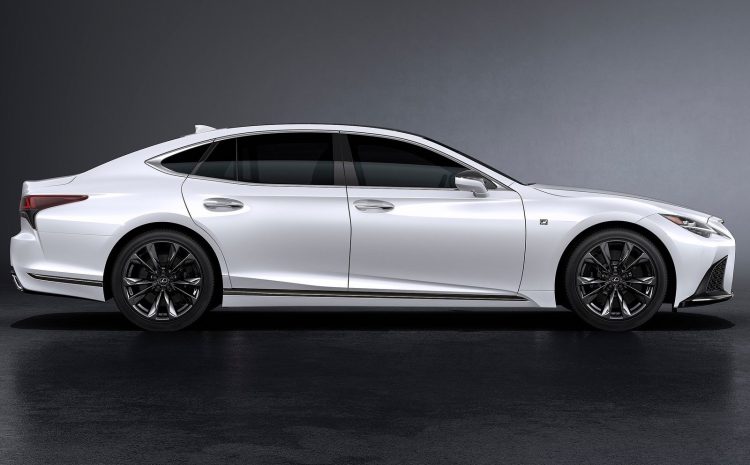 Both the 500 and 500h continue. These comprise of a 310kW/600Nm 3.5-litre twin-turbo V6, and a 264kW 3.5-litre V6 hybrid, respectively. Lexus says the Active Noise Control and Engine Sound Enhancement systems have been tuned to offer a quieter drive experience.

The 2021 Lexus LS is scheduled to go on sale in Japan late this year, with Australian market entry likely to happen during the first half of next year.