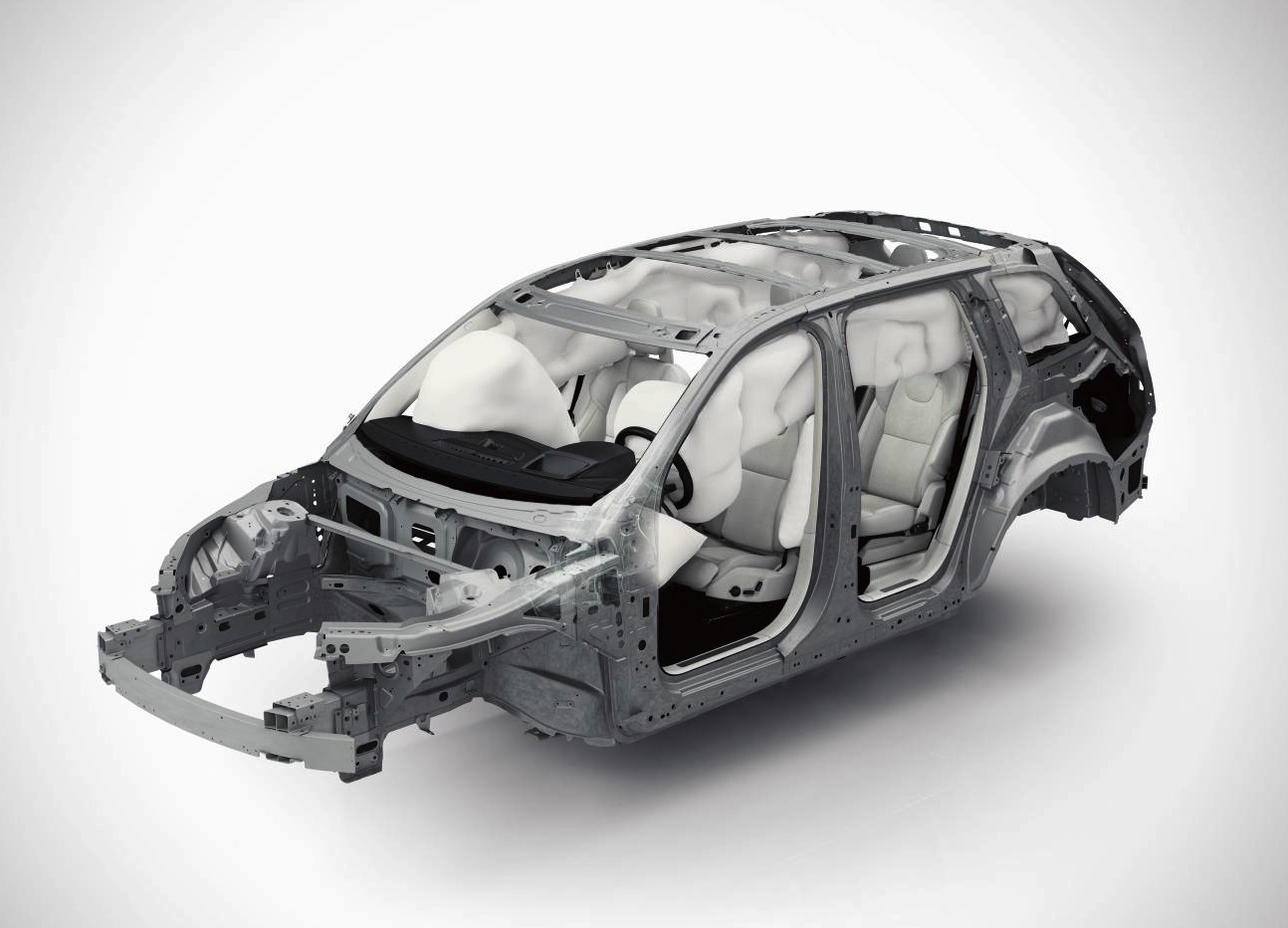 Some more details about the upcoming 2015 Volvo XC90 have been released, with the company claiming it will be one of the safest vehicles in the world when it launches next year. 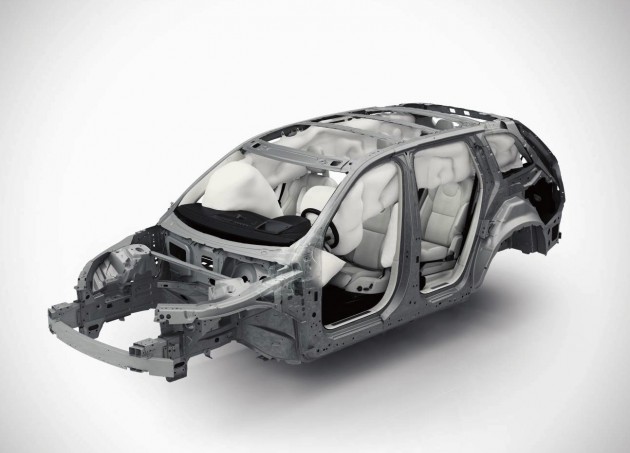 A number of world-first automotive safety technologies will debut on the next-gen large SUV, including automatic queue assist which is capable of driving the vehicle all by itself in slow-moving traffic conditions.

Another first will be an auto brake function for when the vehicle’s sensors notice an oncoming car headed for a straight-on collision. The system aims to help reduce the severity of head-on car crashes. It’s being designed for both city conditions and out on the highway. 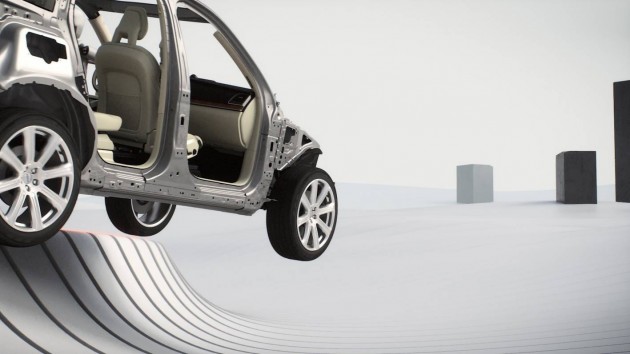 Volvo says about half of all fatal car crashes in the US involve a vehicle leaving the road. The new XC90 will feature run-off road protection to help counter this, which is another world first. The system aims to help reduce the severity of accidents caused by fatigue and poor weather conditions, preparing the cabin for road departure.

In the event of a run-off accident, the seat belts automatically tighten, holding the occupants in place until the car is no longer moving. The seats are also fitted with an energy-absorbing functionality to absorb vertical impacts, such as when a vehicle drives off a steep embankment. Volvo says the seats can reduce spinal forces by up to one third. 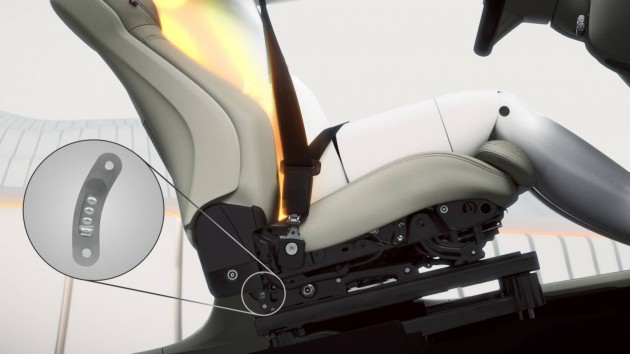 Additionally, the system uses the Lane Keeping Aid to apply extra automatic steering torque to pull the vehicle back onto the road. Driver Alert Control sounds to warn inattentive drivers, for example, in the case of fatigue.

The XC90 will also feature more advanced roll-over protection with Roll Stability Control as standard, while special inflatable curtains are deployed if the vehicle cannot be stopped from tipping over. The in-cabin curtains run along the three rows of seats and stay inflated for an extended period to help reduce head injuries.

Lastly, Volvo has stepped up rear-end collision protection. Rearward-facing sensors are able to tell the on-board computers to tighten all seat belts and flash warning lights to the driver behind if a crash is imminent. The brakes are also automatically applied to reduce whiplash.

All of these technologies are being developed to help Volvo achieve its goal; by 2020, the company wants no one to be killed or seriously injured in a new Volvo. Prof. Lotta Jakobsson, senior technical specialist at Volvo Cars Safety Centre, said,

“Committing to safety is not about passing a test or getting a ranking. It is about finding out how and why accidents and injuries occur and then developing the technology to prevent them. We lead, the industry follows.

“These world firsts are further examples of how new technologies target substantial real-life traffic problems. This strategy moves us closer and closer to our ambition that by 2020 no one should be killed or seriously injured in a new Volvo.”

The all-new model will go on sale next year after making its full debut in August. Click play on the video below for more details on the developments.